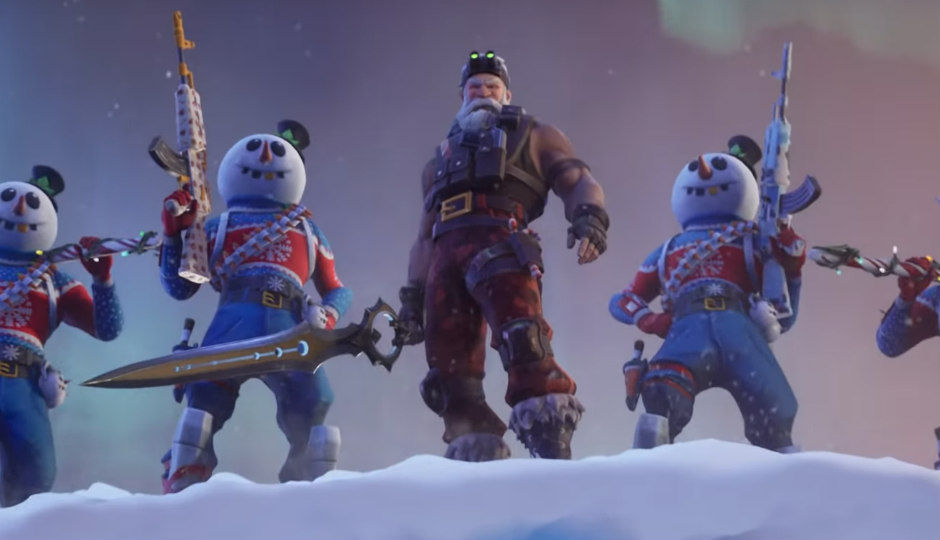 Looks like Fortnite Battle Royale is shaking up its gameplay by introducing swords to the game. The game is primarily focused on gun-play, with the only melee weapon being the pickaxe that all player drop into battle with. It is not yet known how swords will impact the gameplay or how much damage they will cause. It should also be noted that Fortnite has a limited inventory, so it is not yet known if the sword will take up a new slot, or will replace the pickaxe.

Fortnite recently got the Season 7 update, which introduced a bunch of new features. This includes a new snowy area in the southeast part of the map. As per game lore, the snow formed after an iceberg collided with the island. There are also new Wrap customisation for weapons and vehicles. The game also gets a new five-seat airplane called the X-4 Stormwing. Other additions include new skins, as well as a creative mode, which is a separate game mode from Fortnite Battle Royale and Fortnite Save the World.

Interestingly, the particular sword that the game is teasing seems to be from the Epic Games’ Infinity Blade series of games. The developer recently announced that the company has removed all three Infinity Blade games from iOS App Store. This move comes soon after the company announced its own Epic Games Store, which is aimed at  to take on Steam. Epic Games will reportedly be offering two free games to buyers throughout 2019 and will also give 88 percent of revenue to developers.

PUBG is also launching something new for this holiday season. The game is introducing a new snow map called Vikendi, which is already live on the PC test servers. The same will make its way to the Xbox One and PlayStation versions of the game in January. PUBG Mobile on the other hand, looks set to get the new map with the 0.10.0 update of the game. The new map will be available for download on from 0:00 UTC (5:30AM IST) on December 20 and will be available for matchmaking 24 hours later. The update also adds a new brings the snowmobile, a vehicle that is exclusive to the new map. You can checkout the gameplay that you can expect in the new map here.

Coming soon... a weapon fit for a King