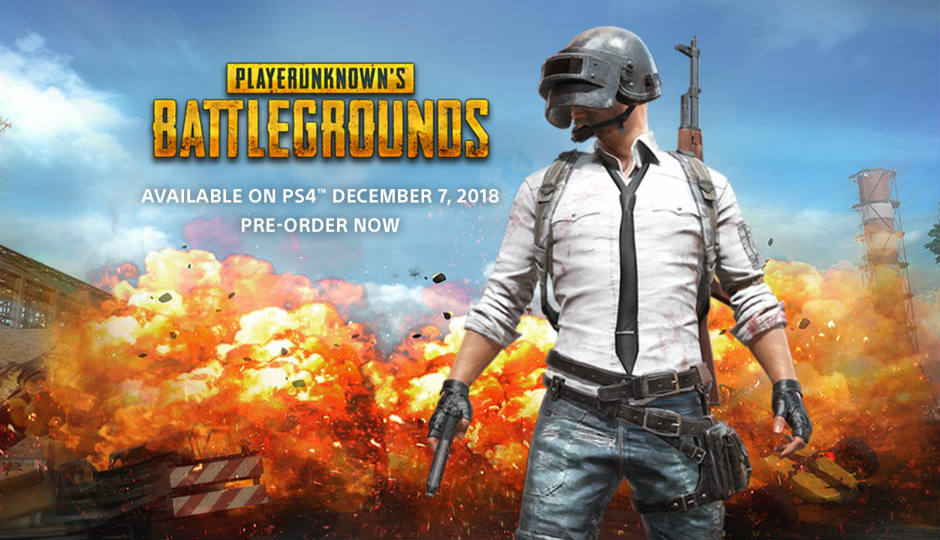 PUBG on PS4 releases today: Price, freebies, controller schemes and all you need to know

PUBG for PS4 is releasing on Friday, December 7. If you are one looking forward to the game, then here is everything you need to know before diving in.

PUBG has taken the world by storm. You can play the game on your Xbox, PC and even on your smartphone. The developer’s behind PUBG mobile are also working on a Lite version of the game to cater to low end smartphones. The only platform that has been missing out on the PUBG action is the PlayStation 4. If you are a PlayStation 4 gamers looking at PUBG from the side-lines, then know that you can get onto the PUBG Battle Royale bandwagon starting today, December 7. The game will hit the PS4 in three editions. The Survivor’s edition which costs Rs 2,750, the Looter’s edition priced at Rs 2,750, and the Champion’s edition which will costs you Rs 3,999.

The full game requires PlayStation Plus subscription to be able to play multiplayer. In-game purchases are optional.

PUBG Looter's edition grants the base game and the Pre-order PlayStation exclusive skins.

There is one enticing offer for all who pre-order the game irrespective of the edition. PUBG Corporation has partnered with PlayStation and Naughty Dog to bring elements of Uncharted and The Last of Us to PUBG. All PlayStation players that pre-order the game will get a Nathan Drake outfit as well as Ellie’s backpack.

If you are waiting to jump into your favourite map in PUBG on the PS4 then know that the PlayStation version of the game 4 will launch with three maps - Erangel, Miramar, and Sanhok. Sadly, the Vikendi Snow Map will not be a part of the game at launch. Since two of the pre-order variants of PUBG for PS4 have Vikendi, we can expect the map to come to the console in the future.

PUBG for the PS4 will require 25GB of free space and if you think your internet connection cannot download the game in a matter of minutes, then you can pre-load the game on your systems 48-hours in advance. But remember, the game will be playable on December 7 onwards and not before that.

If you have purchased a physical copy of the game for your PlayStation, then worry not. The game isn’t bound to your account and if you decide to share the CD with a friend or sell the game in the future, you can do so without worrying.

One of the biggest questions is whether PS4 gamers will be able to take on their Xbox friends in a cross-play match. Games like Rocket League and many more allow for cross-play between the two consoles, however as far as PUBG is concerned, there is no cross-play. On its forum page, PUBG says, “It’s not a feature that will be available at launch, but we’re interested in working with our partners to explore cross-play functionality.”

PS4 Pro owners have some reason to show off. “PUBG on the PlayStation 4 Pro has some performance improvements and increased graphical fidelity” is what the company has said on its official FAQ page. However, they have confirmed that there is no support for a native 4K resolution. The game will be playable at 30 fps and will support HDR on both, the PS4 and the PS4 Pro.

For those of you that are new to PUBG then know that there are five different controller schemes available for different scenarios – Basic, Aim, Vehicle, Swim and Map. Based on the scenario you are in, the control scheme changes. It may take some of you time to adapt to the change especially if you are new to the franchise, however, remember, practice makes perfect. You can check out the PUBG PS4 Controller guide here.

Now that you are up to speed on everything there is to know about PUBG on the PS4, go ahead and prepare yourself for some chicken dinners.