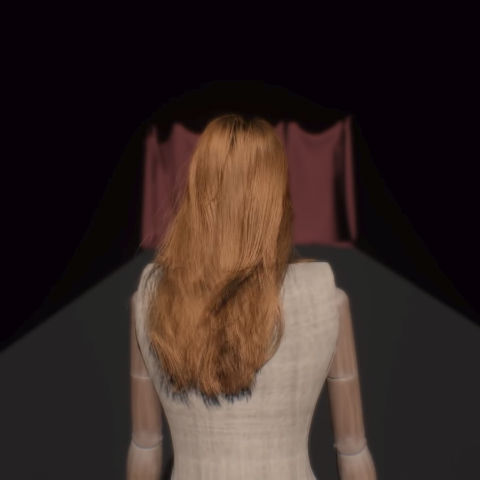 Rendering hair, water and lip movement are some of the toughest things to do when making a video game. Sure motion capture has helped reduce the time taken with certain animations and has also helped make some of the most cinematic video games, like God of War, Uncharted, and The Last of Us to name a few. However, hair still remains one of the toughest things to animate in video games. For those unaware, EA’s Frostbite engine is used in games like Star Wars: Battlefront, Dragon Age: Inquisition, Battlefield games and the infamous Anthem. EA has now shown off a hair rendering and simulation demo using the Frostbite Engine on its blog. The video shows a really scary looking mannequin with realistic hair movement and rendering. Honestly, the demo looks great but we will have to wait and see how it is implemented in games.

On the blog post, EA says, “Our purpose is to produce a step change in real-time hair and reach results close to movies and offline rendering. Starting last year, a small group of frostbite physics and rendering engineers have been working on pushing this technology forward, and, while we still have quite a lot of work ahead of us, we're proud of what we achieved. This wouldn't have been possible without the help of a few amazing Criterion content creators whose assets and constant feedback drove us forward.”

In the past, we have seen a number of developers achieve groundbreaking realism is some aspects of video games. In the PS4 exclusive, Days Gone (read the review here), we have seen the Unreal Engine 4 being modified to work with a motorcycle in-game. Unreal Engine 4 is at the heart of Days Gone, but the one thing the engine couldn't work with was a motorcycle. The developers worked to modify the engine to render a motorcycle in the game. Days Gone has by far the best motorcycle riding experience in a video game.

Similarly, Batman Arkham Asylum, the game that put the caped crusader on the map, was made using Unreal Engine 3. The engine was used with NVIDIA’s Physics engine to render the Dark Knight's cape to give it realistic animations and movement throughout the game. Anyone who has played the game will admit that the cape is definitely one of the highlights of the game. The way it moves, swooshes and flutters in the game is a technical marvel to behold.

The Uncharted series of games have been hailed for their cinematic and immersive gameplay and one of the things that Naughty Dog has nailed in their proprietary engine used in the game is water. Uncharted 4 (read the review here) has by far one of the most realistic renderings of water in a video game to date.

Coming back to hair rendering, the Tomb Raider franchise and Horizon: Zero Dawn (read the review here), both have realistic hair rendering for the lead female protagonists in the game. Horizon: Zero Dawn was developed by Guerrilla Games uses the proprietary Decima engine, whereas the Tomb Raider reboot was made using Crystal Dynamics Foundation Engine. Both the games feature female protagonists and once again a lot of effort was put into making their hair look as realistic as possible.

It's nice to see game developers put a lot of work into making games as true to life as possible. With the next console generation on the horizon, we can't wait to see how the boundaries of technology are pushed to make the content look more realistic