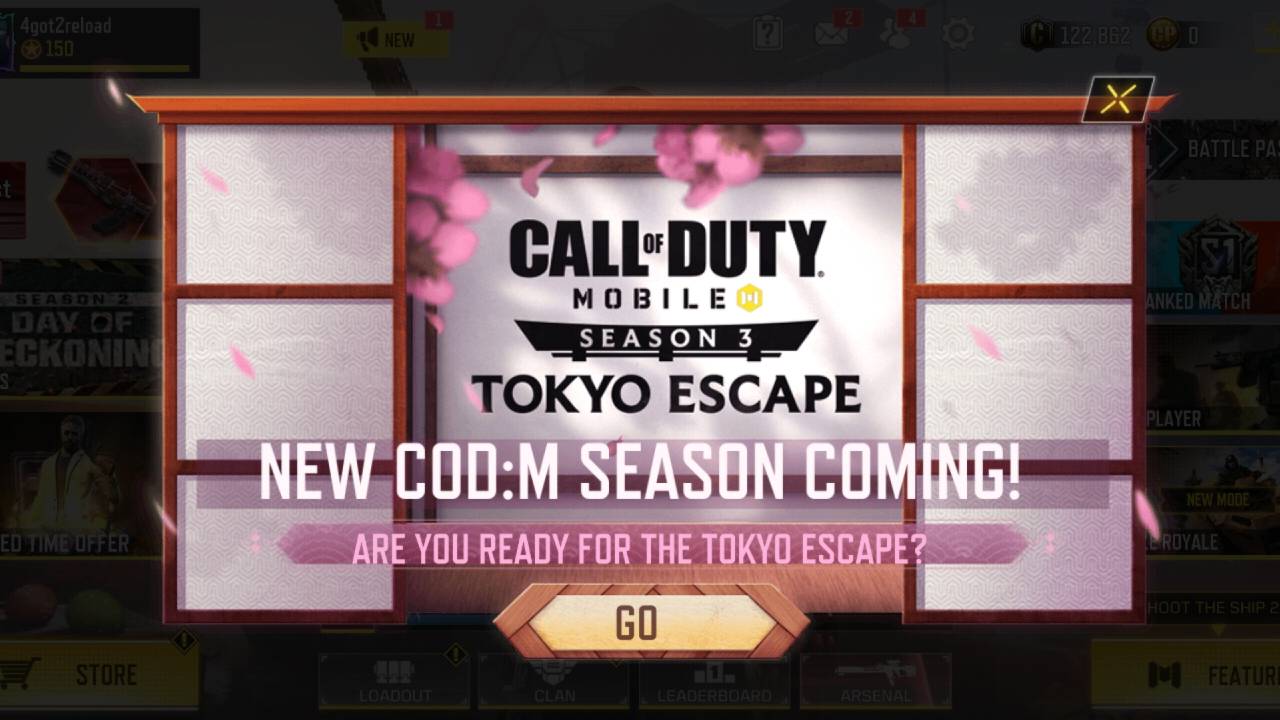 Call of Duty: Mobile Season 3 will be called Tokyo Escape, will add Oasis and Coastal maps

Activision has confirmed a bunch of details about the Call of Duty: Mobile’s upcoming seasonal update. This includes the official name/theme of Season 3 as well as a tentative launch date. The developers have confirmed the names of two new maps.

Season 3: Tokyo Escape
Time to bring your swords to the gun fight!

New season is deploying in #CODMobile later this week! pic.twitter.com/tIZS5qBF2z

Activison has confirmed that the upcoming Season 3 update for Call of Duty: Mobile will be called Tokyo Escape. As such, the new season should feature a Japanese-style theme complete with katanas, ninjas and samurais. When announcing the new name, the developers also revealed that the new season will start sometime this week.

Call of Duty: Mobile - Oasis and Coastal maps to be added

Not one... but TWO new maps are coming next season!

A familiar multiplayer map, Oasis will be deploying in #CODMobile later this week when Season 3 launches! pic.twitter.com/0qoK7j9dzS

Activision has also finally confirmed the name of the two new maps that will be added in the Season 3 update. This includes the Oasis map that was teased just yesterday. The Oasis map isn’t new to Call of Duty as it was a part of a DLC for Call of Duty: Modern Warfare 3. The map features a middle eastern theme and should offer multiple corridors and choke points.

Coastal is the other new map. This was initially thought to be called ‘Wine Town’ as that’s the name it has in the Chinese version of the game. This map is another completely new map that’s exclusive to Call of Duty: Mobile. Cage and Reclaim were the other maps designed exclusively for the game.

The developers have also teased the inclusion of two new weapons in the game. The names of both the weapons have not yet been confirmed yet. However, online sleuths have already deduced their identities. This includes the PP19 Bizon SMG and the Renetti Pistol. We’ll have to wait and see how players will be able to earn these new weapons.