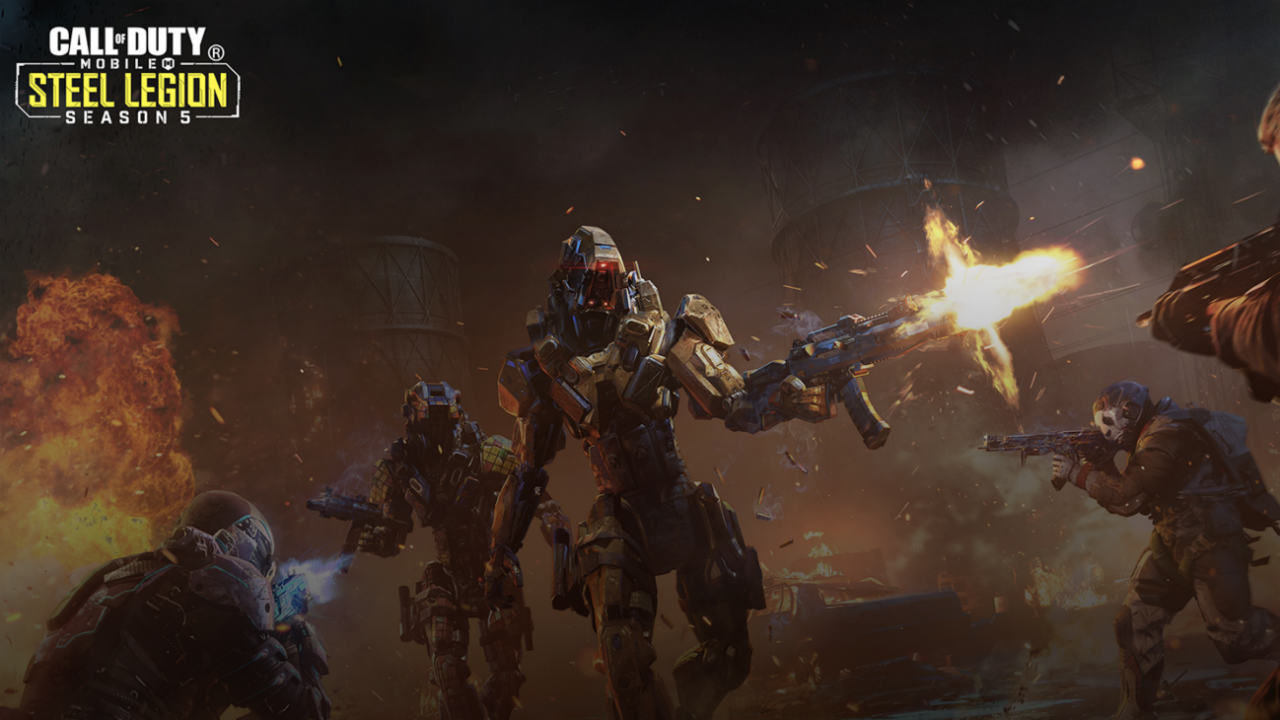 Call of Duty: Mobile is has been updated to Season 5 and with it comes a whole slew of new features, upgrades and a new Battle Pass. Called Steel Legion, the season should already be available for gamers. Here’s a quick look at all that is new.

As part of the Steel Legion season, players can earn a new weapon called the GKS. The new weapon was first seen in CoD: Black Ops 4. This is a submachine gun with greater range and damage as compared to most SMGs. As such, it can be thought of a weapon that is between an SMG and an assault rifle.

At Tier 25, of the Battle Pass, players will unlock a new Killstreak called the Shock RC. This is a small remote control car that shocks and stuns enemies on contact. This will allow your team members to come in a finish them off. As such, it seems like more of a support Killstreak, similar to the MQ-27 Dragonfire drone. The Shock RC is obtained by getting a score of 350.

Those who pay for the Premium Battle Pass get the new Reaper skin. Reaper is an experimental war robot and it looks very different from the human skins available earlier. At Tier 12, players will unlock the David Mason skin, the main protagonist from Black Ops II and the son of Black Ops I protagonist, Alex Mason. Besides this, the player will also unlock legendary weapon skills as they progress through the Tiers.

Season 5 also brings with it a new game mode called 2v2 Showdown. As the name would suggest, the mode sees four players divided into two teams as they fight it out over multiple rounds. Each round features a different loadout and to win, players must eliminate the other two players within the time limit or the match will go into ‘overtime’. During overtime, players can either take down the enemy or win by capturing the flag. If neither happens during overtime, then the team with the most health wins. It should be noted that there is no health regeneration in this mode, and dead players will only respawn at the start of the next round.

Warfare more has returned to Battle Royale. However, unlike the last time, players can choose to play in First Person Perspective (FFP). To recall, Battle Royale Warfare is similar to classic Battle Royale, but the players are divided into two teams of 20 players each, and once players die, they respawn. The first time to reach 150 kills, wins.

The Ranked Mode in Battle Royale and Multiplayer also offers new benefits. Those who reach Rank Mast 1 in Multiplayer Ranked mode get a new assault weapon called the Man-O-War. This weapon is described as a high-damage assault rifle with a slower rate of fire. Those who reach Rank Master 1 in Battle Royale will get a new ‘Ruin’ skin for their character.