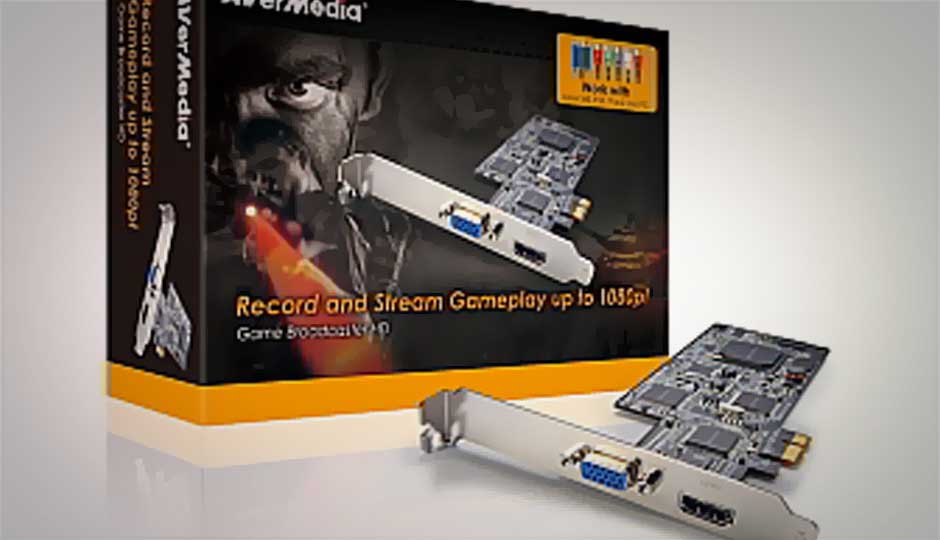 AVerMedia Technologies, Inc. has announced the availability of the Game Broadcaster HD (C127) in India, a 1080p HD video capture card designed for hardcore console and PC gamers, which has been priced at Rs. 9,250, and features a warranty of 2 years.

The Game Broadcaster HD card adopts PCI-Express interface, which AVerMedia says will guarantee that full HD content can be preserved precisely and smoothly. The on-board HDMI and VGA inputs and enclosed Component to VGA cable are also supposed to increase the flexibility of capturing gameplay – apart from support of a wide range of graphics card resolutions.

All this, according to AVerMedia, makes the Game Broadcaster HD card (C127) the best gameplay capture tool for Xbox 360, Playstation 3 and even PC gamers. It can apparently also act as a broadcaster to stream live gameplay onto the Internet – using TwitchTV or USTREAM via Adobe Flash Media Live Encoder or XSplit.

The AVerMedia Game Broadcaster HD’s VESA resolution support also allows users to record every in-game activity from another PC. It will be shipped with all necessary cables, such as Component to VGA Cable, RCA to 3.5mm Audio Cable and 3.5mm Audio Cable, which make the connections effortless.