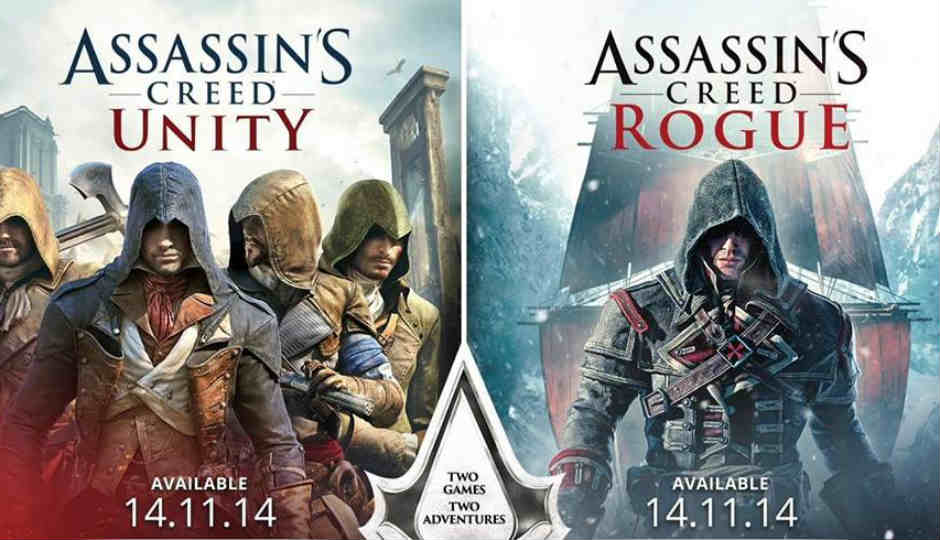 Assassin's Creed Unity and Rogue will launch on Nov. 13 in India

Ubisoft set to launch Assassin Creed Unity and Rogue on 13th of November in India.

Ubisoft’s Assassin's Creed games, Unity and Rogue, which were announced earlier this year at E3, will launch on 13th November in India. The launch will take place from 11:30PM onwards at Games The Shop in Oberoi Mall, Mumbai.

Assassin's Creed Unity is set in Paris around the French revolution. You will be playing Arno in the single-player mode of the game and this time the game lets up to four players engage in narrative-driven gameplay. The game was supposed to launch on 28th October but was delayed.

Assassin's Creed Rogue is set during the Seven Years war from 1752 to 1761 and will be taking place in different locations in North America. You will play Shay Patrick Cormac who joins the Assassin's brotherhood but is soon turned and becomes a Templar.

We will be reviewing the games in the coming days so stay tuned.