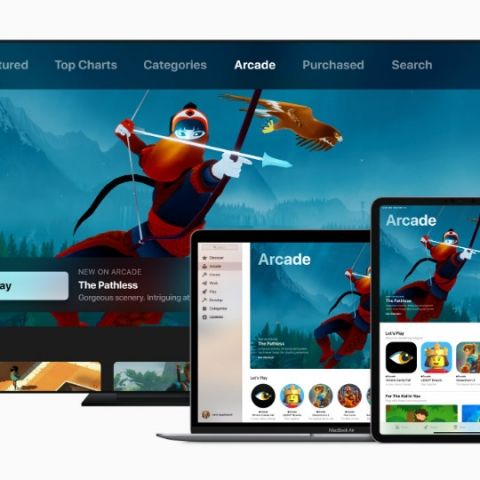 Players will get access to 100 plus games that won’t show ads or feature in-app purchases.

Apple made a slew of announcements at its ‘show time’ event and one a new game subscription service called Apple Arcade is one of them. The new subscription-based game service for iOS, Apple TV and Mac will enable players to access a plethora of games from the App Store. Apple Arcade “will Feature Brand New, Original Games from Acclaimed Indie Developers, Major Studios and Legendary Creators Hironobu Sakaguchi, Ken Wong and Will Wright.“ Additionally, the subscription service will feature over 100 new and games that will be exclusive to Apple devices and won’t display any ads either.

Games in Apple Arcade will not only be curated by Apple, but the company will also be contributing to the development costs for these games and working with their creators. These titles have no ads, ad tracking or additional purchases.  Some of the game developers who will be collaborating with Apple for the new service are Annapurna Interactive, Bossa Studios, Cartoon Network, Finji, Giant Squid, Klei Entertainment, Konami, LEGO, Mistwalker Corporation, SEGA, Snowman, ustwo games and more.

“The App Store is the world’s biggest and most successful game platform. Now we are going to take games even further with Apple Arcade, the first game subscription service for mobile, desktop and the living room,” says Apple’s senior VP of Worldwide Marketing, Phil Schiller. “We are working with some of the most innovative game developers in the world to create over 100 new and exclusive games to play across iPhone, iPad, Mac and Apple TV. Apple Arcade games will be great for families, respect user privacy and will not have ads or require any additional purchases. We think players of all ages are going to love Apple Arcade.”

All games offered under the Apple Arcade service will be playable offline. Additionally, many of these titles are slated to come with controller support. Players will also get to pick up where they left off since the service works across Apple’s ecosystem, on iPhones, iPad, Mac, and Apple TV. The company promises to add new games to the service on a regular basis. Apple Arcade will launch in Fall 2019 in more than 150 countries. It will show up in a new tab on the App Store.