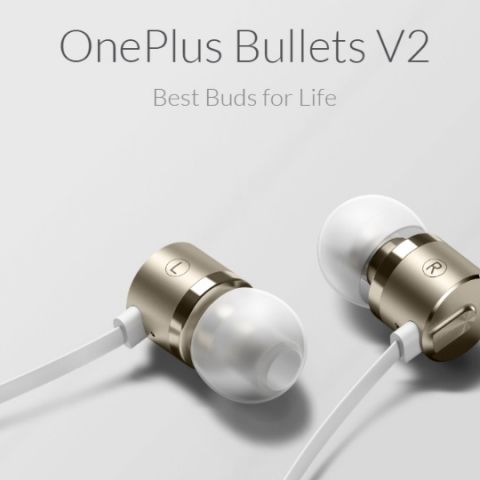 OnePlus has unveiled a new pair of earphones called the Bullets V2. The new earphones are priced at £15.99 (approx. Rs 1,400) in the UK and feature a metallic build with anti-allergy silicone eartips. It also features 1.25 meter long cable with a flat-wire design that helps to reduce tangles. The earphones also sport a three-button inline remote that lets users pause a song or answer a call. The OnePlus Bullets V2 are available in Black and White colour options.

OnePlus also notes that it has partnered with a German audio company called LOFO in making the Bullets V2. Further, the earphones are fitted with ARYPHAN polycarbonate diaphragm which the company says are not only light weight, but also offer high vibration frequency. Further, OnePlus has stuck to a standard 3.5mm audio jack and not a USB Type-C jack, like the one used by LeEco’s CDLA headphones. This isn’t the first time OnePlus has launched a pair of earphones. The company has previously launched the Silver Bullet and Icon earphones.