The new Shield TV has a compact cylindrical form factor. It has a microSD card slot for storage expansion. The stick is powered by the Nvidia Tegra X1+ processor. 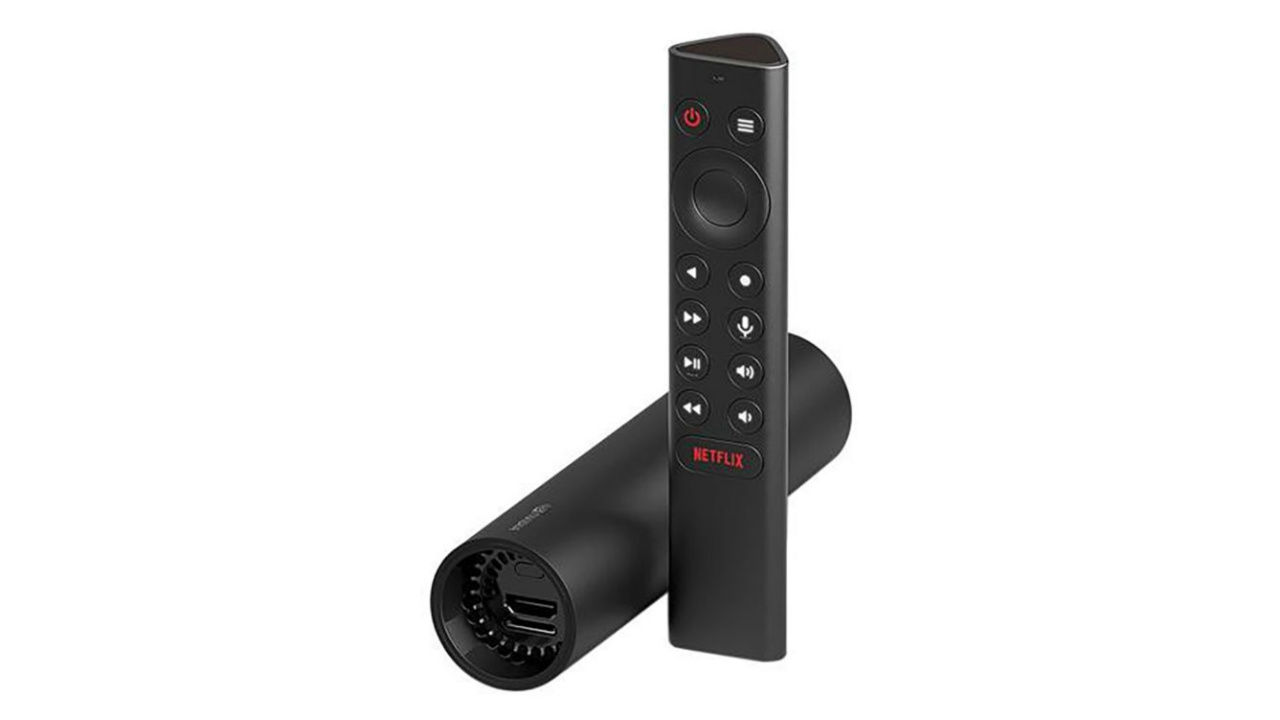 A new streaming stick from NVIDIA has leaked online and as of writing this story, the leaked post has been removed. However, with the power of the internet, we still have the leaked information available online. The leaked NVIDIA Shield TV has a cylindrical form factor with one end housing a power port and an Ethernet port and the other end housing an HDMI port and a microSD card slot for storage expansion. The Stick is said to stream in 4K with support for HDR including Dolby Vision and Dolby Atmos. The listing of the NVIDIA Shield was first spotted by Newegg and has since been removed.

Coming back to the new NVIDIA Shield TV, the device is said to be powered by the Nvidia Tegra X1 Plus processor, which offers 25% faster performance when compared to the previous Shield TV streaming devices. Information circulating the internet suggests that this will be the entry-level model of the Shield TV family of devices. The NVIDIA Shield TV Pro is expected to be spruced up version of the streaming device.

The streaming stick comes with a remote control that has a triangular design. The remote control has a power button, menu button, playback controls, volume controls, a mic and a home button along with a dedicated Netflix button.

There is no price or launch date for the device but you can expect more information to pop up about the upcoming device soon.

With TVs getting smarter, it is getting harder to justify the need for a Streaming Stick. The previous-gen NVIDIA shield ran a slew of games and also let you stream games from your PC to the TV via the Shield, making it an interesting proposition.