The self powered video camera converts incident light into electric power and can run forever. 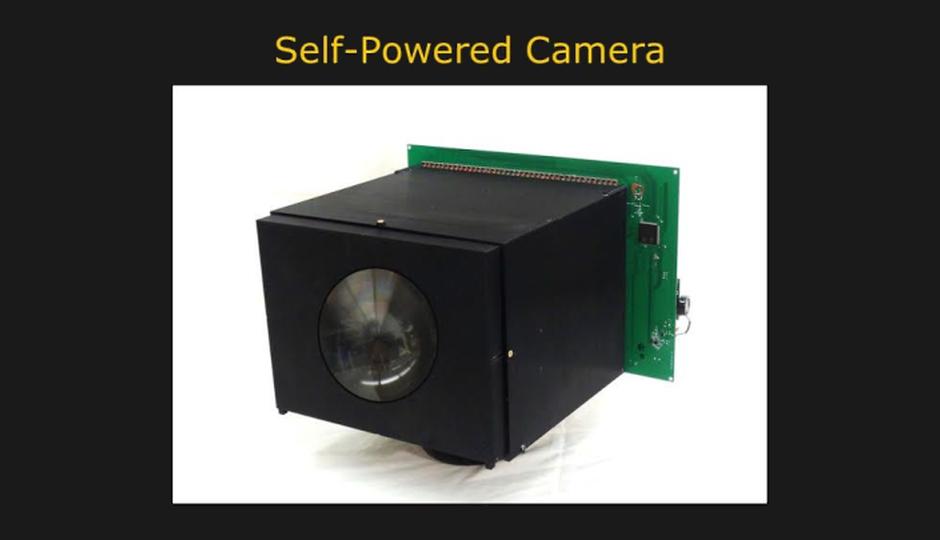 Researchers have developed the world's first self-powered video camera that runs without a battery. The camera can produce one image per second in a well lit space.

Computer scientist Shree K Nayar from the Columbia University designed a pixel that can measure incident light and can convert it into electric power. The key enabling device in a pixel is the photodiode which produces an electric current when exposed to light. The mechanism allows each pixel to measure the intensity of light that falls on it. Through each image capture cycle, the pixels first record, read out the image and then harvest the energy and charge the sensor's power supply. The image sensor continuously toggles between image capture and power harvesting modes.

When the camera is not used to capture images, it can be used to create power for other devices, such as a smartphone or a watch. Nayar adds that the image sensor could use a rechargeable battery and charge it via its harvesting capability.

Mr Nayar, who heads the computer vision laboratory at the Columbia Engineering stated, "We are in the middle of a digital imaging revolution. A camera that can function as an untethered device forever -- without any external power supply -- would be incredibly useful."

"A few different designs for image sensors that can harvest energy have been proposed in the past," Shree K. Nayar, the professor who led the team, said in a release about the project. "However, our prototype is the first demonstration of a fully self-powered video camera."

The team will present its work at the international conference on computational photography at the Rice University in Houston April 24-26.