Google’s own smart display is said to cost $149 (Rs 10,900 approx) and might be launched alongside the Pixel 3 smartphones on October 9. 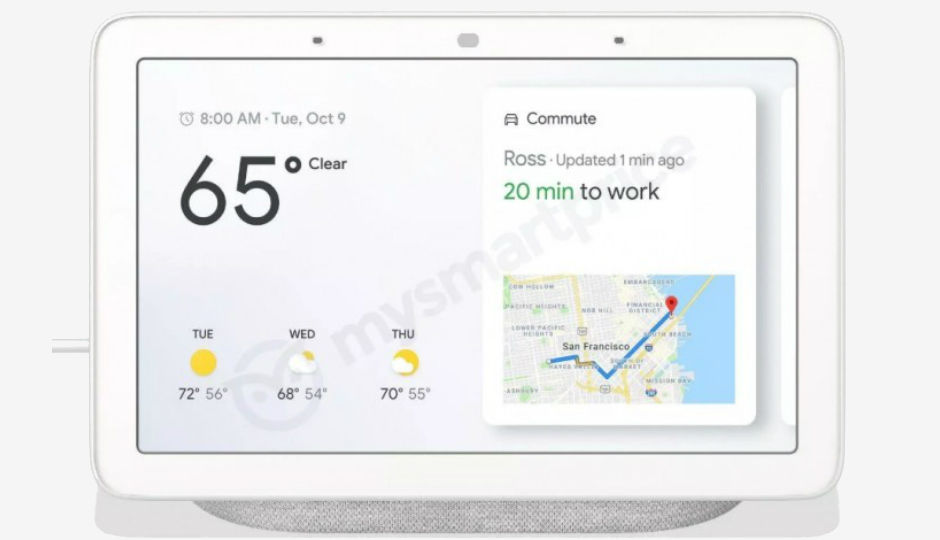 Google has already sent out invites for its October 9 event where it will unveil the Pixel 3 series of smartphones. However, the company could also surprise everyone by unveiling its first smart display, the Google Home Hub, at the event. As per a MySmartPrice report, the company will unveil the device alongside the Pixel 3 smartphones and it is said to be a smart speaker with a 7-inch display slapped on top. Some specifications of the smart display have also been revealed, along with its expected price, and it is said to come pre-loaded with all the functionalities of the Google Home series of smart speakers, with the added functionality of a dispaly. It will reportedly be priced at $149 (Rs 10,900 approx). If launched, it will compete against the likes of the Amazon Echo Show and the Lenovo Smart Display.

In terms of design, the Google Home Hub the 7-inch touch-enabled LCD display, seems to feature thick bezels all around. There are a bunch of sensors on the front, but surprisingly, no camera setup seems visible. An even bigger surprise is the fact that the report states that device will not be running on the Android operating system. Users will not be able to install any Android-based apps onto it as it will only house the Google Assistant. However, the OS is expected to be tailored for making use of the display to show additional information. Working on voice commands, the Google Home Hub might come equipped with far-field microphones, a full-range speaker unit and a dedicated mute button at the back. 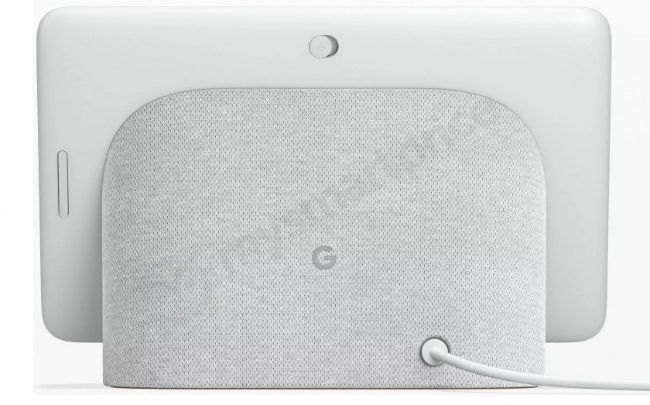 The Google Home Hub can be seen in a Chalk White colour in the leaked images, however, as per the report, there is also a Charcoal variant of the device. It could also be paired with other IoT enabled devices like a smart connected camera to display its video feed and is said to be compatible with other devices like smart lights, TVs and more. One could also view images from Google Photos on the device using voice commands and come with Live Albums feature so that users can create slideshows from their images in the Google Photos library.

In terms of connectivity, the device is said to support both 2.4GHz and 5GHz Wi-Fi connection. It is most likely to support Bluetooth and weigh about 480g, which is similar to a Google Home smart speaker.