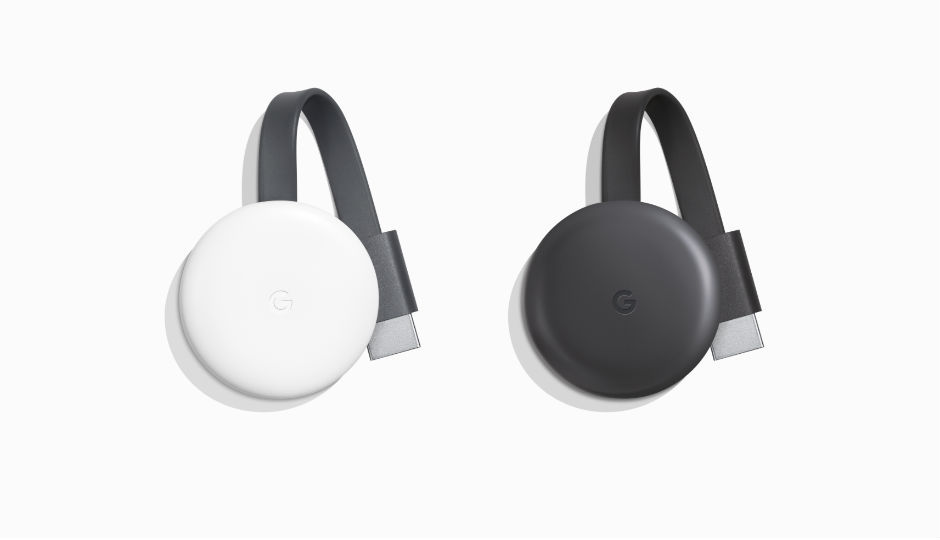 It is possible that in the midst of all the Pixel madness, you missed the news about the updated Chromecast. Worry not, we are here to break down the updated device for you. Google says that the new Chromecast is 15% faster than its predecessor and can do 1080p at 60 frames per second. The streaming dongle will be available in two colours—Chalk and Charcoal. A big addition to the new Chromecast is that it works better with your Google Home setup. On its official blog Google says, “Just say what you want to watch from compatible services, like YouTube or Netflix, and control your TV just by asking. Try, “Hey Google, play Cobra Kai from YouTube,” or “Hey Google, play Lost in Space from Netflix.” Its not that you couldn’t do this. Today you need to say things like Play Spiderman Trailer on my living room Chromecast to your Google Home and you need to have the Chromecast set up as the living room Chromecast.

Another interesting feature is that later this year, users will be able to add Chromecast to speaker groups, so that they can listen to music in sync throughout the house – essentially multi room speaker support. The new Chromecast also supports Google's new Live Albums feature, introduced with the Google Home Hub. Live Albums allows users to personalize their TV screen with updating stream of photos of the people, pets and memories from Google Photos on your Phone. Live Albums is designed to create dedicated albums for the important people in your life and these albums automatically skip blurry photos ones and duplicates.

The new Chromecast is priced at $59 (Rs 4,500 approx) and is available from the Google Store starting today in Australia, Canada, Denmark, Finland, Great Britain, Japan, Netherlands, New Zealand, Norway, Singapore, Sweden, and the US. Google says it will launch the new Chromecast in other countries sometime in 2019, which is probably when one can expect it to launch in India.

One thing to keep in mind for those looking to pick up the new Chromecast, this doesn’t do 4K. You will still need to resort to the Chromecast Ultra which was launched last year for your 4K needs. This is a refresh to the Chromecast 2 – the one that was available in red, yellow and black colour options. You can read our review of the Chromecast 2 here.