Google has launched its latest smart home device, the Nest Hub, at Rs 9,999. 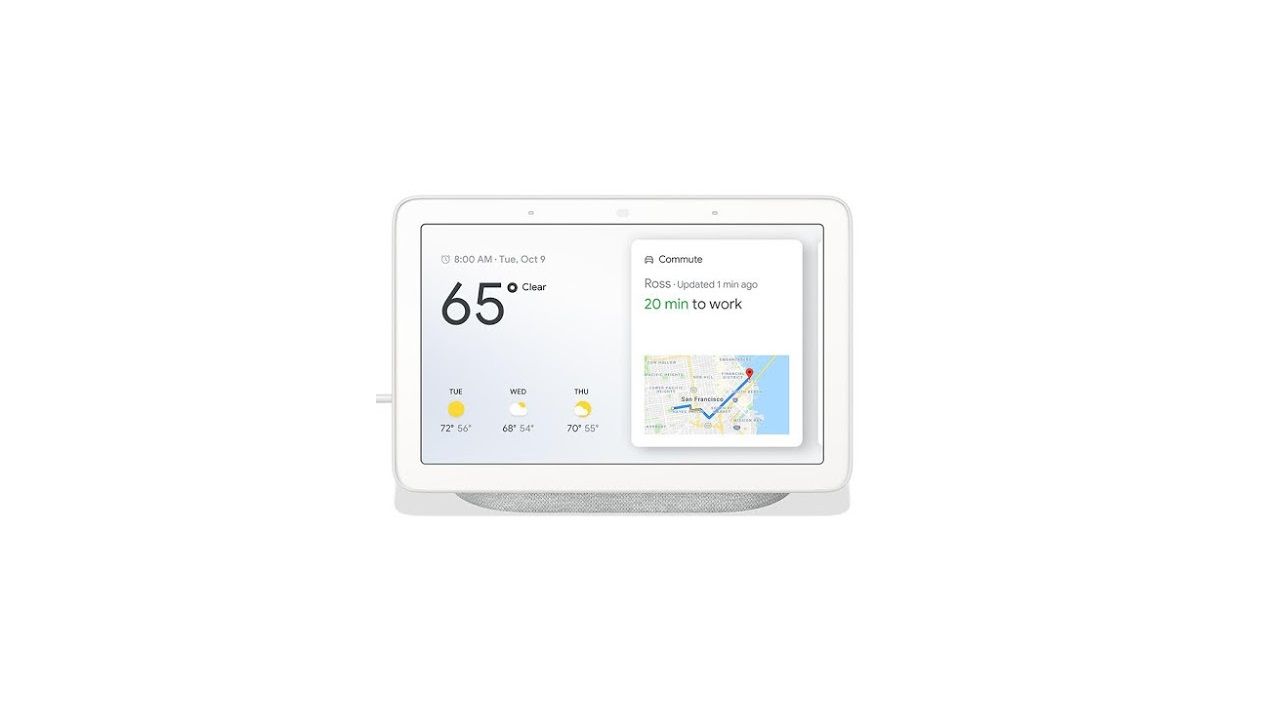 As predicted by popular leakster Ishan Agarwal earlier this month, Google has launched the Nest Hub in India at a price of Rs 9,999. Originally launched last year in global markets as the Home Hub, the Nest Hub is one of Google’s newest smart displays. Like the other smart displays and smart speakers sold by Google, the Nest Hub supports Google Assistant, the California-based tech giant’s voice command-based virtual assistant. The Google Nest Hub(₹ 9999 at flipkart) is currently available on Flipkart in two colour options: Chalk and Charcoal.

The Google Nest Hub is an internet-dependent device that is designed to be placed in the user’s home and used through touch inputs and voice commands. It sports a 7-inch touchscreen display and an internal speaker. The Nest Hub does not come with a camera for privacy reasons. In comparison, the Nest Hub’s direct competitor, the Amazon Echo Show 5, sports a 1MP camera along with a physical privacy slider. While the Echo Show 5 employs Amazon Alexa for voice-based interactions with the user, the Nest Hub uses Google Assistant. 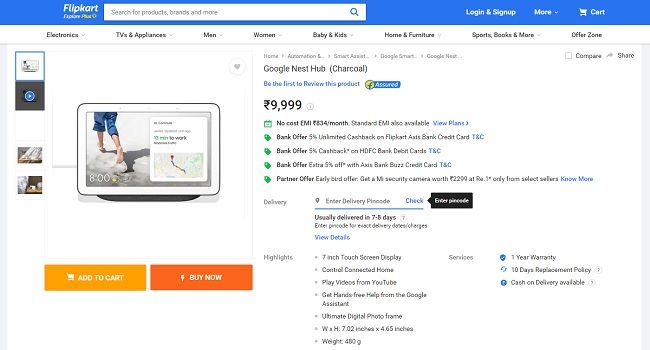 With the help of the Google Home app, which is available for Android and iOS devices, the Google Nest Hub is capable of interacting with smart home devices, including lights, fans, locks, heaters, air conditioners, etc. For example, a Nest Hub user could ask for the bedroom lights to be dimmed using only their voice. It also comes with a “Routines” feature, which allows the user to programme the device with a list of commands. For example, saying “Good morning” could trigger the smart display to report the current news and weather.

Google has chosen to price the Nest Hub smart display at Rs 9,999. In comparison, the Amazon Echo Show 5 costs Rs 8,999. In the US, the Google Nest Hub sells for $99.99 (Rs 7,225 approx) alongside the bigger Nest Hub Max smart display, which sports a 10-inch touchscreen display, an inbuilt woofer, and a 6.5MP camera. Recent reports say Google plans to launch the Nest Hub Max in India soon but we have yet to receive an official word from Google. In the meantime, feel free to read our review of the Amazon Echo Show 5.