The speaker will be exclusively available on Amazon India for Rs. 15,999/- starting tomorrow. 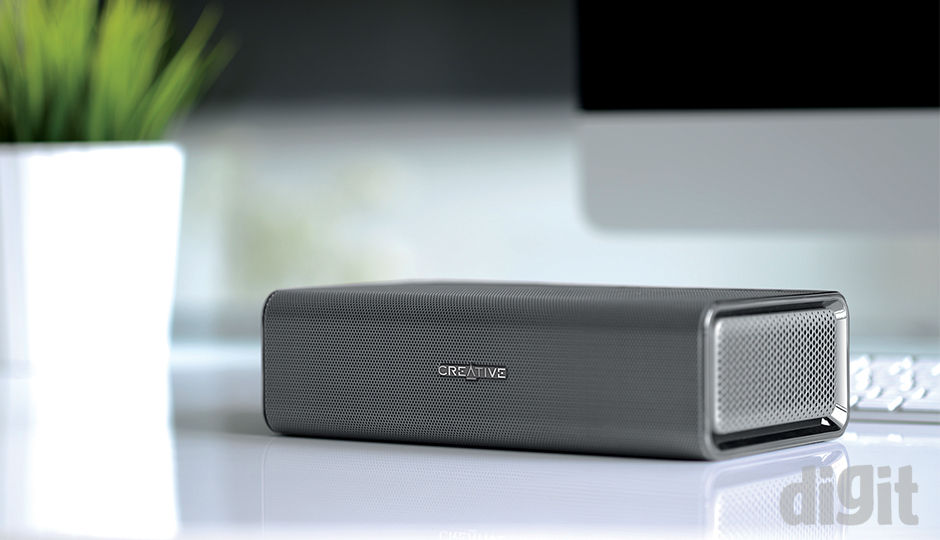 The Sound Blaster Roar was first previewed at CES 2014, and is Creative’s attempt at bringing in a strong contender to break into the high-end portable bluetooth market. The speaker is unique in a way that it throws in five drivers into the small form factor body and are powered by two amps. One amp is dedicated to the two 1.5-inch front firing tweeters and another solely drives the single 2.5-inch driver meant purely for bass frequencies. That’s three drivers accounted for, what about the other two? Well those are the two side firing passive radiators designed to amplify the bass further. Check out the diagram view image below to get a better picture of the drivers. 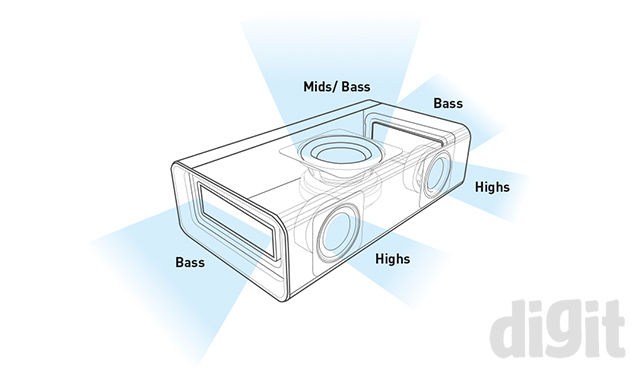 Said to critically acclaimed by Creative, it consists of many features like NFC-enabled Bluetooth pairing, microSD card support, integrated voice recorder and microphone, and a multipoint Bluetooth that connects to two devices simultaneously. It packs a dual purpose battery of capacity 6000mAh that along with giving 8 hours of audio playback also charges your smartphone. The one-touch siren lets you grab attention wherever needed and the Bedtime Mode gradually reduces its volume until it automatically shuts down. The Sound Blaster Roar features the ROAR button that boosts the loudness by 3 dB. With the MegaStereo cable, two units of the Sound Blaster Roar can be connected together, and they get automatically configured into left and right speakers. TeraBass is another feature that basically pushes the loudness of the bass. For security purposes, it has three Link Security Modes, to let you select how do you want to connect your Bluetooth devices according to different usage scenarios. 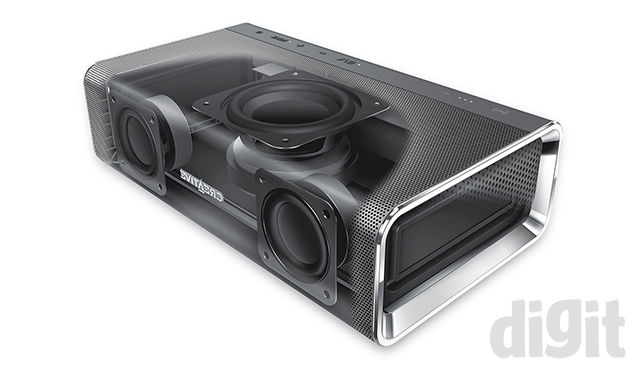 We got to do a little hands on with the device at the launch and we must say the Roar does look good, with its sleek, minimalistic design. As for the feature list, it certainly seems to be offering every feature that competing speakers bundle and then some. Stay tuned for our complete review to know more about the performance on the portable speaker.

The Creative Sound Blaster Roar portable Bluetooth wireless speaker is exclusively available on Amazon India at a price of Rs. 15,999/-