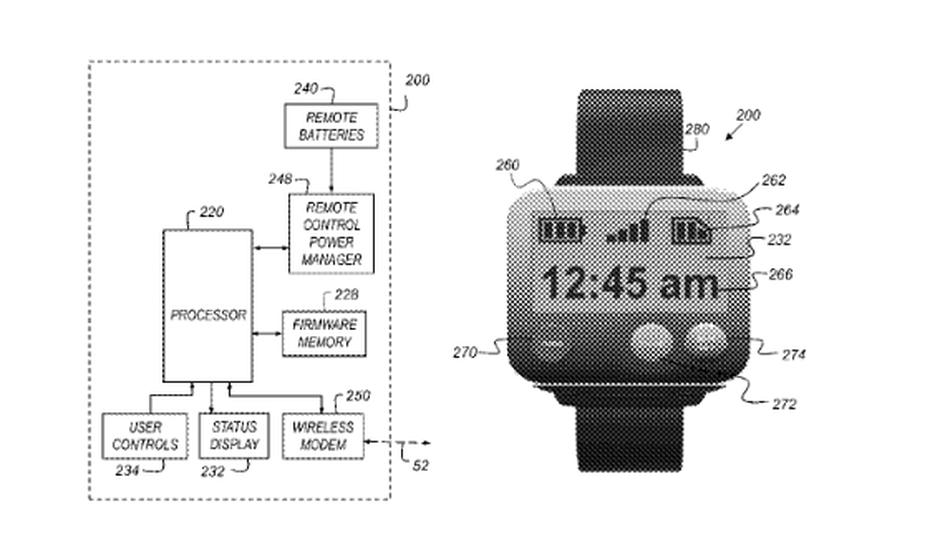 Apple has been awarded a patent by the USPTO base on an IP it acquired from Kodak which details a remote digital camera system that can be controlled from a smartwatch.

The Apple patent details a system with multiple camera sensors to cover multiple angles, and provides coverage in multiple directions. The device could be used as a handheld camera, as well as mounted on different devices, including bikes, cars, handlebars, etc. The camera can also be used underwater, according to the application.

Apple plans to differentiate itself from the crowd by offering a range of choices to the user, including remotely via a wrist-mounted control device that communicates wirelessly with the camera gadget. The patent specifically addresses flaws identified in the design of competitors cameras including the GoPro HD Hero2, which the company claims are susceptible to movement based on wind resistance that affects the final image output. Read: Xiaomi making GoPro camera rival, may launch in 2014

Details about the Apple Watch companion app for iPhone have also emerged. According to reports, the application will allow users to manage the settings of their wearable device from their smartphone. Apple watch will utilize the Taptic Engine for Maps functionality and will signal when it is time to make a turn. The app includes Clock functionality that will have a face feature dubbed Monogram, which will allow users to put their initials on the face of their Apple Watch.

It will also feature an ‘about’ screen which will provide vital information about the Apple Watch such as the amount of multimedia files stored on it, storage capacity, its serial number and the number of apps it contains.

The much awaited Apple Watch is expected to hit the shelves in March this year. According to reports wearable device sales will triple after the launch of the Apple Watch.