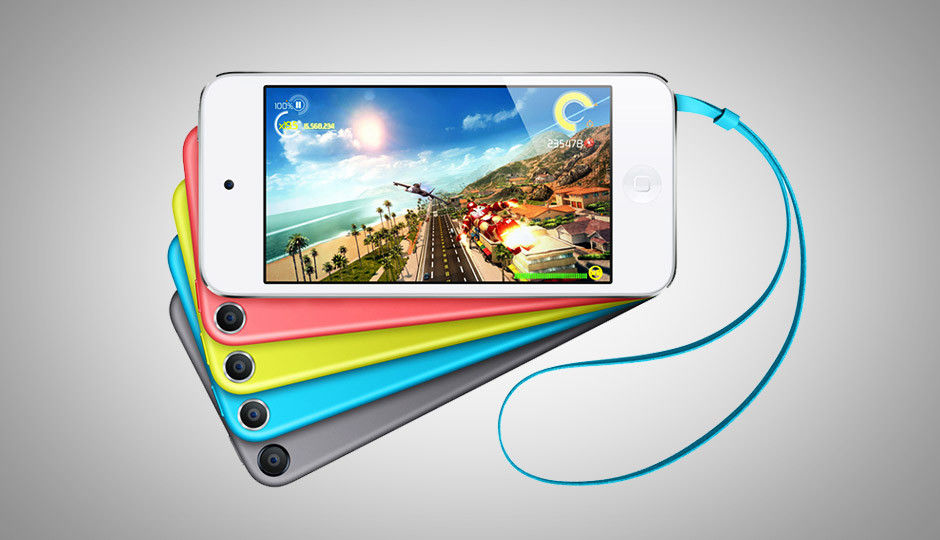 Update to the iPod touch comes days after Apple unveiled a new 21.5-inch iMac with price starting at Rs. 79,900.

Note: Price taken from official Apple's press release, read it out below:

iPod touch comes with iOS 7, offering more than 200 features including Camera app filters that let you easily add real-time photo effects. Additionally, the Photos app offers ways to automatically organise your photos based on time and location. With iCloud Photo Sharing, it’s simple to share photos and videos with exactly the people you want to see them and your friends and family can comment and access their shared streams from any iPhone, iPad, iPod touch, Mac or PC at any time. This fall, iOS 8 will be supported on the entire iPod touch lineup.

With the revolutionary App Store on iPod touch, users in 155 countries have access to over 1.2 million apps for iPhone, iPad and iPod touch, including hundreds of thousands of games. More than 75 billion apps have been downloaded from the App Store. Customers also have the iTunes Store at their fingertips, giving instant access to an incredible selection of music, TV shows, movies and books to purchase and download directly to their iPod touch.

*(PRODUCT) RED is available in select countries via the Apple Online Store.

Apple designs Macs, the best personal computers in the world, along with OS X, iLife, iWork and professional software. Apple leads the digital music revolution with its iPods and iTunes online store. Apple has reinvented the mobile phone with its revolutionary iPhone and App Store, and is defining the future of mobile media and computing devices with iPad.