After announcing the second generation Echo Show, Amazon has finally launched the device in India. 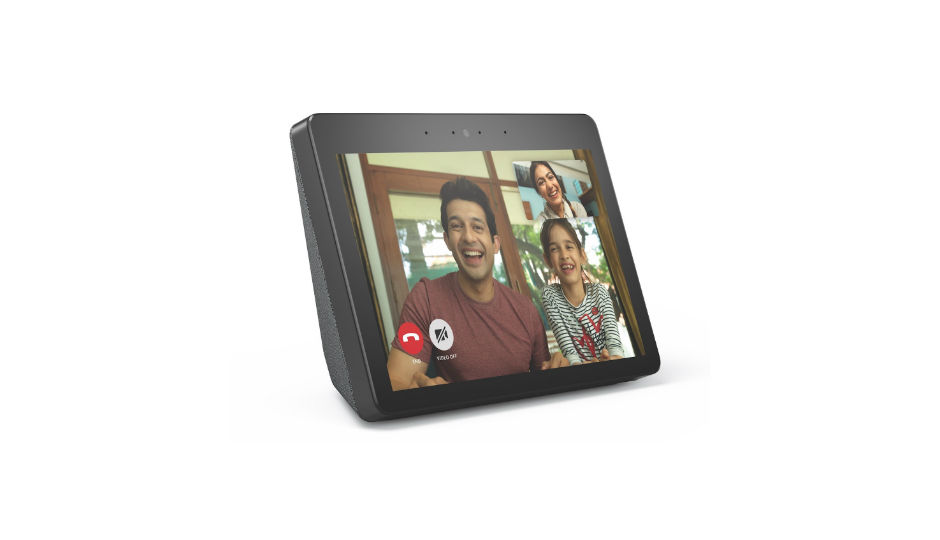 Amazon announced its updated Echo Show back in September 2018 and has finally launched it in India. Priced at Rs 22,999, the second generation of the device features a big 10-inch HD display and comes equipped with dual side-firing 2-inch Neodymium drivers and a passive bass radiator, along with Dolby sound processing. The new smart speaker is meant to not only interact with the company’s virtual assistant Alexa but to watch videos and movies on the display. The Echo Show also comes equipped with a built-in Zigbee smart home hub, which enables pairing and controlling smart home appliances. The company has also announced some launch offers on the Echo Show for attracting customers.

The Amazon Echo Show comes equipped with a 5MP front-facing camera, which enables placing video calls on the device. Additionally, it features a built-in web browser so that one can surf the web. The Alexa skills have also been optimised for the device’s bigger display and the built-in smart hub enables users to control their other smart devices. One can use an Alexa command, “Alexa, discover my devices” to find and pair with compatible products like smart light bulbs and plugs, and control them without any additional app or hubs. 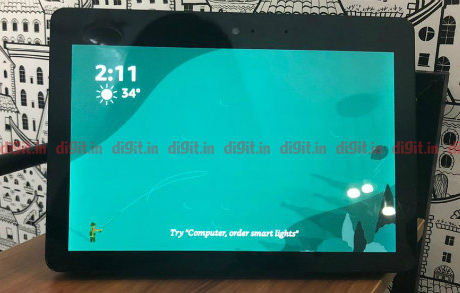 “Customers across the country have purchased Echo devices and started their voice-first journey with Alexa. Today, we’re making this voice-first experience better by introducing Echo Show which provides an enhanced audio-visual experience,” says Parag Gupta, Head of Amazon Devices India. “The large screen size will increase utility and make it even easier to ask Alexa to show you things, no matter where you are in the room. And the room filling sound will make watching a music video, catching up on your favorite shows or listening to your favorite playlist more enjoyable.”

The Amazon Echo is priced at Rs 22,999 in India and joins the company’s other Echo products like the Echo, Echo Dot, Echo Spot, Echo Input and the Echo Plus. Launch offers on the device include a free Philips Hue bulb when one purchases the device from Amazon.in and retail stores. There’s also a Rs 2,000 cashback when one uses Citibank debit and credit cards to buy it. One can also buy the Echo Show with a no-cost EMI starting at Rs 1,917 per month.