The streaming box is available to customers in Delhi, Bengaluru, Hyderabad and Chennai. The Android TV box runs on Android 9 Pie. It comes with a minimalistic remote control. 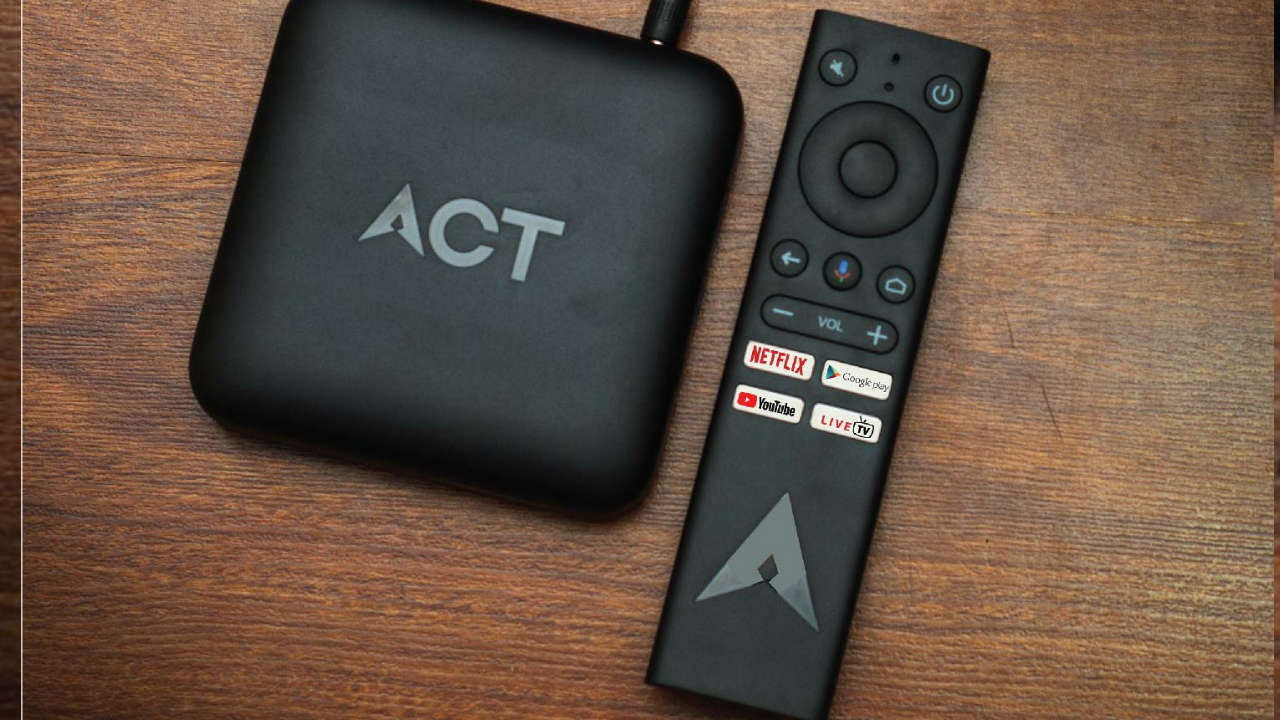 ACT Fibernet, has announced the official rollout of the ACT Stream TV 4K. The streaming box will be available in four cities - Delhi, Bengaluru, Hyderabad and Chennai.  In the box, users get the streaming box, a remote control, a power adapter, lan cable, HDMI cable and an RCA cable. Speaking of the specifications, the box runs on Android 9 Pie out of the box. It is powered by the HiSilicon 3798M V200 chipset coupled with 2GB RAM and 8GB storage. It supports both 2.4 and 5GHz wifi. For connectivity, users get 2 USB ports, 1 Ethernet port, 1 HDMI port, 1 AV output, 1 SD card slot. As the name of the box suggests, it supports a resolution of 3840x2160 AKA 4K.

Speaking of pricing, the ACT Stream TV 4K box is priced at Rs 4499, and as a special launch offer the device will be available at a refundable deposit of Rs 1500 on select plans across the four cities mentioned above. According to the press release, users will also get complimentary 1 month Zee5 and 2 months HOOQ subscription and access to premium Live TV channels on a complimentary basis until 31st of December 2019.

4K and HDR TVs are available on a range of budgets. The problem with budget 4K TVs is that the UI and smart capabilities cant take advantage of the panel on offer. Devices like the 4K Fire TV Stick, Apple TV and now the Act Stream TV can help make the smart TV experience better for users.