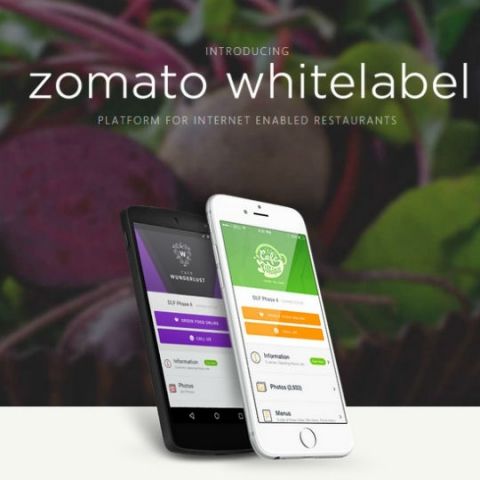 Restaurant finder, and now food delivery service provider, Zomato, has launched a platform called Zomato Whitelabel. The platform allows internet-enabled restaurants to easily create apps for mobile devices. According to a blog post by Zomato, “With Zomato Whitelabel, restaurants will be able to launch market-ready apps in a matter of weeks with absolutely no technical knowledge required. These apps integrate seamlessly into all of Zomato’s ancillary features such as Online Ordering, Table Reservations, in-app Cashless payments, Loyalty programs and our soon-to-be-launched Zomato Base.”

The platform also allows restaurants access to analytics and tools to engage customers. According to the blog post, Zomato already has over 100 partners on board, with well known names like Summerhouse Cafe in Delhi, Miyabi Sushi in Dubai and Shizuku Ramen in Melbourne.

The number of food delivery apps in India have been increasing over time. Even Zomato, which had primarily been a restaurant finder for most people, has recently launched its own delivery services. Apps like Foodpanda, TinyOwl and Zomato neither own restaurants, nor kitchens, of their own. Instead, they act as an interface between the consumers and restaurants. This allows a restaurant to simply enroll under one of these services, thereby avoiding costs for setting up its own internet services.

While Foodpanda and TinyOwl are comparatively new in India, Zomato has been somewhat of a pioneer in the restaurant finder arena. The company was founded as a search and discovery platform in 2008 in India, but has since taken its services to a global scale. The Zomato Whitelabel platform is the newest initiative taken by the company.

Zomato has also been working on a cloud-based point-of-sale system, called Zomato Base. You can learn more about Zomato Whitelabel here, and Zomato Base here.