YouTube Music is now official in India. The service gives you access to ad-free songs and music videos, with the ability to download them offline. Here are ten things you need to know about YouTube Music in India and how it stacks up against other premium 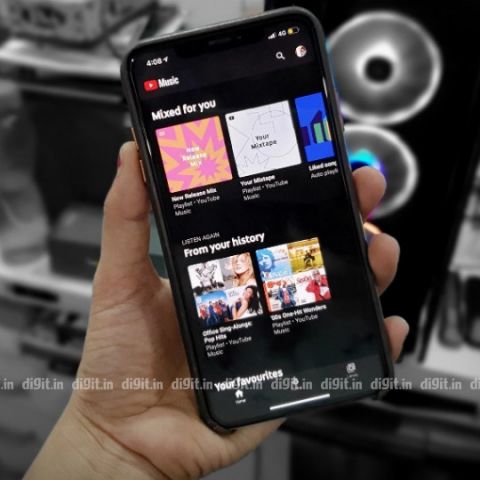 YouTube Music is here! After three long years of its existence and on the heels of Spotify’s India debut, YouTube’s dedicated, ad-free music streaming has finally made it to country’s shores. The YouTube Music app is available on Android and iOS and yes, you can finally play YouTube in the background on your phones.

YouTube is already the largest music streaming service in the world with a whopping 1.5 Billion monthly users, many of whom play at least one song a day as per the company. Combine that huge library of original music, covers, live performance, meditation tracks, study music and a whole lot more, and add the ability to stream as well as download all this music in an app driven by a strong recommendations engine, and you’ve got YouTube Music on your hands. It’s basically the best of YouTube and Google Play music in one package. YouTube Music in India is priced at Rs 99/month after a free 3-month trial period. Digit.in got early access to the new streaming app and we decided to give it a spin over the weekend.

Starting on YouTube Music is fairly simple. The app and its web version build upon YouTube’s familiar interface led by the Search bar right on top. Before you start streaming music, YouTube Music asks you to pick your favourite artists and the process is similar to how it works on Spotify. Tap an artist you like and more recommendations open up for similar music genres. You are also prompted to choose from various languages, which will form the basis of your music recommendations. In India, YouTube Music can recommend songs in English, Hindi, Punjabi, Marathi, Tamil, Telugu, Gujarati, Bengali, Kannada, Bhojpuri, and Malayalam. After choosing your favourite languages and artists, you are greeted with the home screen of the app with tailored and personalised music mixes which range from New Music to blends of old and fresh songs you’re likely to listen to. You can also see the songs you’ve liked on YouTube in a separate playlist called ‘Liked Songs’. 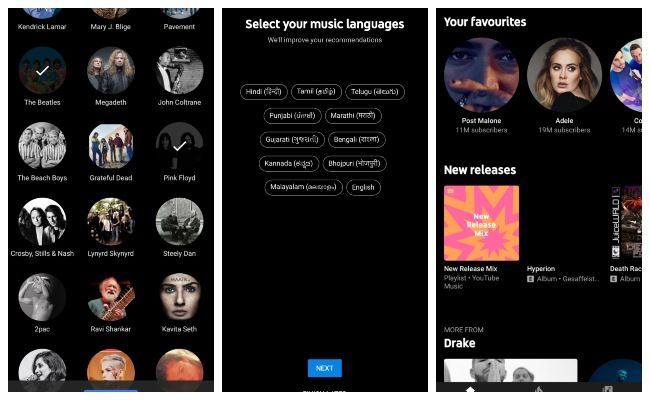 Scroll down front the playlists and you can pick music playlists based on your favourite artists, check out their latest albums and music videos, watch a selection of recommended music videos, find playlists suited for different moods and activities, and discover newer artists similar to the one you like. 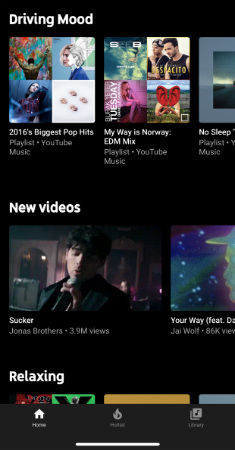 There are three on-screen buttons at the bottom of the app - Home, Hotlist and Library. The Home button lets you navigate back to the home screen from wherever you are in the app. The Hotlist button lets you discover new and trending videos in one click. The library tab is where you can access your downloads, playlists, albums, like songs and artist selections, along with a list of last played music and videos you played on the app or on its web version. These buttons remain at the bottom of the app for quick access to all three tabs at all times, except for when users access the player. You can swipe down on the player to come back to the app screen or swipe up to see the rest of the songs in the playlist.

Now that you’ve got the lay of the land, let’s talk about what you can do with YouTube Music and how you can best optimise it to suit your streaming needs. 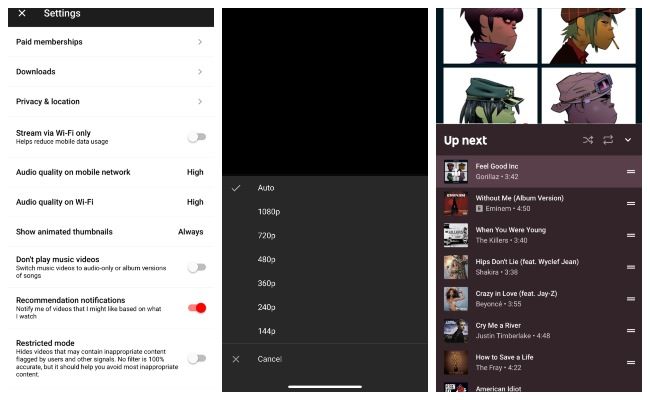 The music libraries of all the above-mentioned streaming services differ vastly. From the face of it, YouTube Music, Apple Music and Amazon Music by far have the largest libraries in India, followed by Google Play Music, JioSaavn and Gaana. If you are someone who listens to American Rock Band Tool, you can only find the music on YouTube Music thanks to YouTube’s collection of Tool videos. While we will bring you a detailed comparison of all music streaming services soon, here’s how their monthly pricing differs. 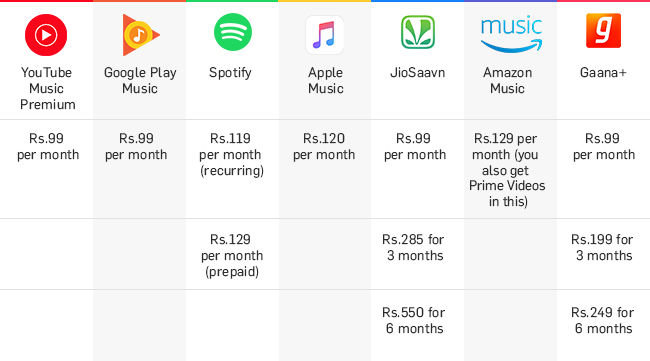