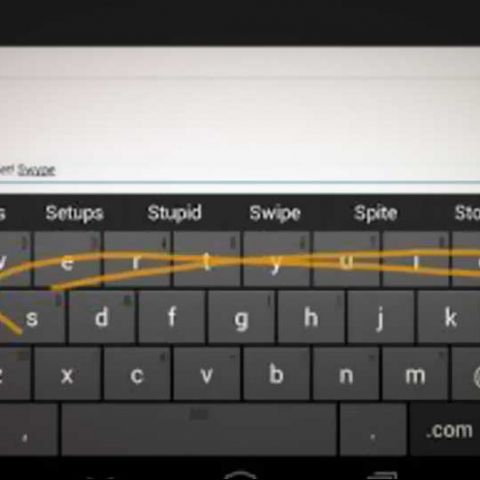 Swype virtual keyboard has finally arrived on Google Play store after being available as a beta version through the official website site. The Swype app is currently offered at Rs. Rs. 53.83 on the Play store as an introductory offer. The app is also available as a free 30-day trial version.

Swype, taken over by Nuance in October 2011 in a $102.5 million deal, provides typing facility on a touch-screen keyboard. The app allows users to simply drag a finger to input text rather than just tapping virtual keys, also known as slide-to-enter-text. A limited version of the app, however, was available since 2010, and was pre-loaded in various devices. But until today, it was not available as a standalone download on the Play store. Read Swype Beta for Android Review

"Based on the incredible success of our beta program and our vocal customers, we decided to extend the power of Swype to more Android users through Google Play," Mike Thompson, executive vice president and general manager of Nuance Mobile, said in a statement. "Android users deserve the best keyboard — settling for an alternative is no longer necessary."

Nuance further says the team has spent a lot of time researching on how users' input text and their usage styles in order to make the app perfect.

Swype works with four different keyboard characteristics: First up is Swype'r for those who can quickly swipe from one letter to another; Typer for those who uses both hands to input text without looking at the entered text until nearly finished. Tapper for those who keep checking the text while entering and the Dictator for those prefer to speak their message using Swype's Dragon dictation function, available in around 36 languages

Swype supports 60 downloadable languages and 20 dialects. With a wide variety of themes to choose from, users can personalize the look of your Swype keyboard. Download Swype for Android from Google Play store. Also, check out more about Swype app in the video below: