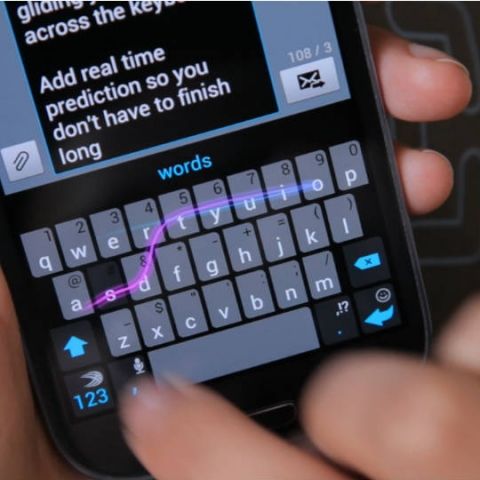 The new feature offers flexibility to users typing in English or native script quickly without need to change modes. The new update also allows users to type in two languages by automatically detecting the language and suggesting predictions in the corresponding language. When “namaste“ is typed it will show as both “namaste” and “नमस्ते” on the prediction bar.

"SwiftKey’s aim is to always make typing easier, particularly if you speak more than one language and want to switch seamlessly between them without changing any of your settings. We’re proud to be introducing the feature in Hindi, one of the world’s most spoken languages, and Gujarati, which had previously not been possible to write in a Latin script," said Aarti Samani, SwiftKey India Product Manager.

The transliteration feature will be automatically enabled for users who have Hindi or Gujarati languages installed on their phone. With the new update being rolled out now, users will see Hindi words in English letters while the native script will only showcase predictions in that language.

SwiftKey was acquired by Microsoft in February with an ambition to integrate SwiftKey's technology with Microsoft's word Flow technology for Windows. Back then, SwiftKey was estimated to have over 300 million active Android users. SwiftKey offers wide range keyboards with one focussing on emoji prediction and other being powered by neural network.

SwiftKey has also been one of the pioneers when it comes to deploying artificial intelligence across the board. The keyboard offers one of the finest and fastest prediction and with the new update, it will make typing in native language easier than ever before.