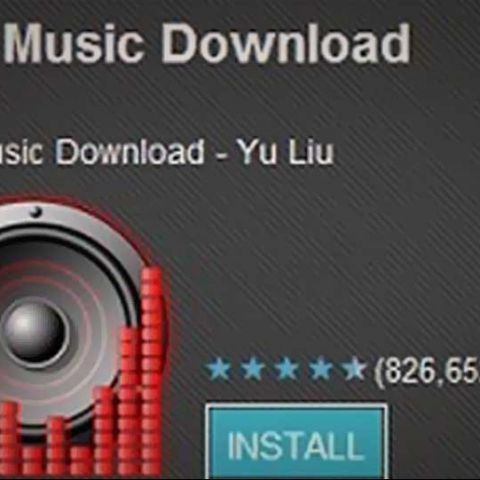 Google has refused requests to remove MP3 Music Download Pro, an extremely popular Android app which allows users to download copyrighted music onto their phones, according to the RIAA.

The app, which PCMag.com highlighted Thursday, is now the fifth most popular free app on the Android Market, jumping past Google Books in a single day. Other free apps on the Market, such as Easy MP3 Downloader and MP3 Music Download Super, also advertise the ability to "search and download free music & lyric[s]".

A representative of the Recording Industry Association of America (RIAA) told PCMag.com that MP3 Music Download Pro is clearly being used for piracy, similarly to software like Kazaa and LimeWire, both of which folded under the weight of industry lawsuits. (Kazaa later relaunched as a licensed service.)

"We sent a takedown notice to Google in August for this particular app, which is clearly being used for illegal purposes, and Google responded that they were declining to remove it from the Android Market," the RIAA spokeswoman said. "We continue to have concerns with Google's screening and takedown procedures and hope that they will be improved."

Meanwhile, Google has begun inviting reporters to what appears to be the launch of a licensed Google music store on Nov. 16. If industry reports are to be believed, Google has signed agreements with the four major record labels to offer licensed music via its store, similar to Apple's iTunes Music Store.

It's unclear, however, whether all consumers would choose to purchase licensed music via Google's store, when they could freely (but illegally) download it via the MP3 downloader apps that Google has published on the Market. Representatives at Universal Music, Warner Music, and Sony Music did not return calls seeking comment.

PCMag.com also requested a comment from Google on Thursday and again on Friday on MP3 Music Download Pro and related apps. Although a Google spokeswoman acknowledged receiving the request on Thursday, the company has not yet responded.

Industry sources indicated, however, that Google declined to take down the MP3 Music Download Pro app because the search giant apparently felt that the app could be used for legitimate purposes. Screenshots posted by the developer Yu Liu had shown the app being used to search for classical music, which may or may not be in the public domain, depending on the performer. On Friday, that screenshot with the search results was not there.

Companies like LimeWire and those challenging the legality of "rogue sites" legislation on Capitol Hill have also argued that file-sharing or "locker" sites can be used for legitimate purposes as well as to share copyrighted works.

What's different this time around?
Google has previously published and then removed MP3 music downloading apps on the Market. MP3 Music Download Pro does not appear to be substantially different than those apps, industry sources said.

Google itself claimed in September that it had made "considerable progress" on the issue of copyright infringement, with steps taken to remove infringing content from its Autocomplete function and search results. Kent Walker, Google's general counsel, also said that Google had built in processes "to submit DMCA takedown requests for Google products (starting with Blogger and Web Search), and to reduce our average response time to 24 hours or less for submissions using these new tools."

In response, Steven Marks, the executive vice president and general counsel at the RIAA noted that the RIAA and Google have engaged in "dialogue," which industry sources said would continue. However, the RIAA took Google to task for the proliferation of Android apps that contributed to piracy.

"Google has taken down some mobile apps that facilitate infringement," Marks wrote. "But the takedown times are long, and too often we see the same or substantially similar apps from the same developers re-appear a few days later. Google could also take a more proactive role by screening and evaluating apps before they are made available. Most importantly, too many apps created to harvest links to unauthorized files remain available and popular on the Android marketplace, resulting in widespread infringement of copyrighted works."

The RIAA spokeswoman declined to comment when asked if it or the labels would file suit against Google for copyright infringement.