Airtel launches My Airtel app for its subscribers in India. The app allows customers access various Airtel services and pay outstanding bills, rechardge accounts and even activate or deactivate any service. 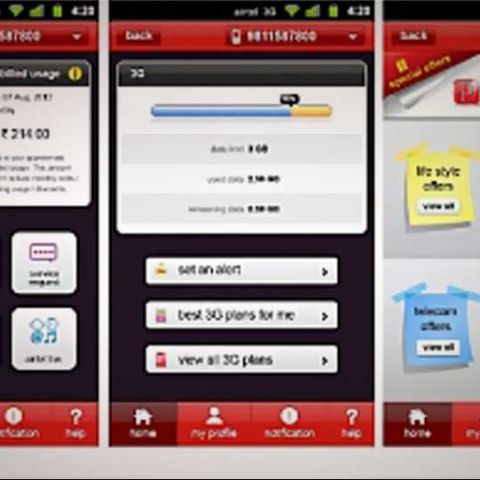 Bharti Airtel has introduced a mobile app called 'My Airtel' for mobile phone users across the country. The new My Airtel app allows subscribers of any service provider to keep a tab on outstanding bills, lodge complaints, activate/deactivate services, raise requests/complaints, and also make payment for Airtel services.

Airtel users can use the app to manage broadband & digital TV connections and get special offers, order movies, games and more. Subscribers of operators other than Airtel can use the app by paying a one-time SMS authentication charge. This SMS is used to authenticate your connection details. Learn more about the app here.

Meanwhile, check out all devices supported by the new My Airtel app here.

Bharti Airtel's president for consumer business K Srinivas is quoted as saying, “We realised that mobile phone users found it more convenient to use apps against the browser for accessing services. Our app uses the cellphone number as a backbone and intuitively picks up all Airtel services associated with it and puts it on the app, giving the user seamless access.”