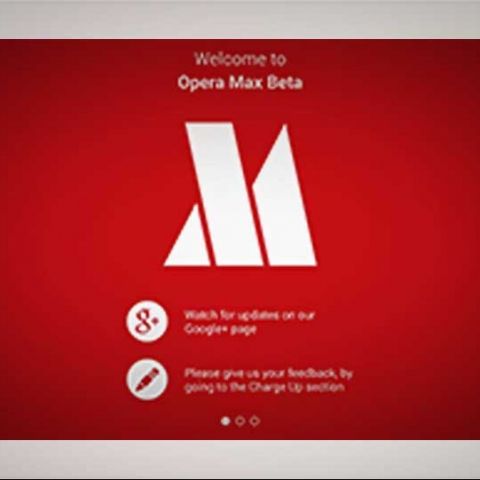 Opera Software has officially launched Opera Max, a free data-savings app for Android smartphone users. It compresses data/videos across apps on your Android device. The company claims that this has never been done before. It will help users save data on sites like Instagram, YouTube, etc.

According to the company, Opera Max extends the life of your data plan by up to 50 percent. Opera says that “if you have a pre-paid data plan, pay per megabyte of use, or are roaming internationally, this app adds even more value.”

Users can download the Opera Max browser and it will start compressing and rerouting data via a VPN to the data-savings cloud. The app sends all non-encrypted data requests to Opera’s compression servers. Users can also see the timeline of their apps' usage and how much data they have saved each day/week or in total.

The Opera Max Beta has been launched in US and Europe for users who have pre-registered for the app. The company says the app will be rolled out gradually for other regions.

“As ‘kings of compression,’ we think Opera Max is the next step in the evolution of this technology, which will intelligently compress data across apps, not just your browser,” Sergey Lossev, the head of product at Opera Max, says.

Opera which is trying to promote its browser and services in India has tied up with seven Indian OEM's to pre-install the Opera Mini browser on their Android smartphones. In India, Opera has partnered with Videocon, Micromax, MoMagic Technologies, Lemon Mobiles, Spice, Wynncom and iBall.