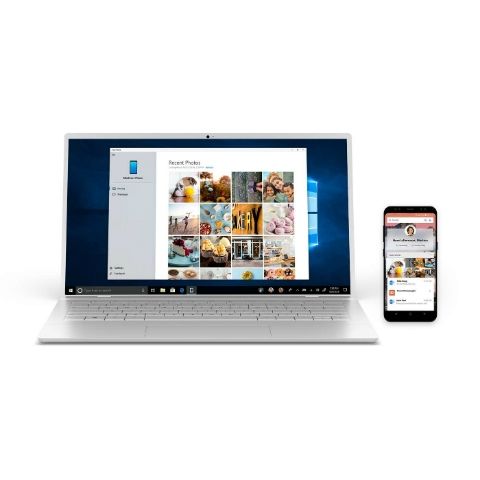 Microsoft has announced that the Your Phone app can now mirror notifications from Android phones to PCs.

A staged roll-out of the now widely available feature was announced in April.

The app also allows users to mirror content like texts and photos from their Android Phones to their Windows PCs.

Microsoft has announced that its Your Phone app can now show notifications from an Android Phone on Windows 10 PCs for all users. The information was shared through the official Windows Insider Twitter handle, where the company noted, “Notifications have arrived! With the Your Phone app, you can now receive and manage your Android phone’s notifications on your PC.”

Notifications have arrived! With the Your Phone app, you can now receive and manage your Android phone’s notifications on your PC. Get Your Phone app from the Microsoft Store here: https://t.co/E56Z8eVdIR pic.twitter.com/ovlKi1QOJy

Back in April, Microsoft had started a staged roll-out of the feature, but it seems that the same is now widely available to all users of Windows 10 version 17134.0 or higher. With support for notifications, users of the Your Phone app on Windows will no longer need to pull out their phones every time they get a notification alert. Notifications from the likes of Facebook Messenger, OneDrive, Google, Twitter and more will show up in a single window.

The rest of the features of the Your Phone app remain the same. Users of the app can read their text messages see the last 25 photos taken from a connected Android phone on their PCs and drag and drop images