Microsoft to give 100GB free storage to its first 100,000 OneDrive users 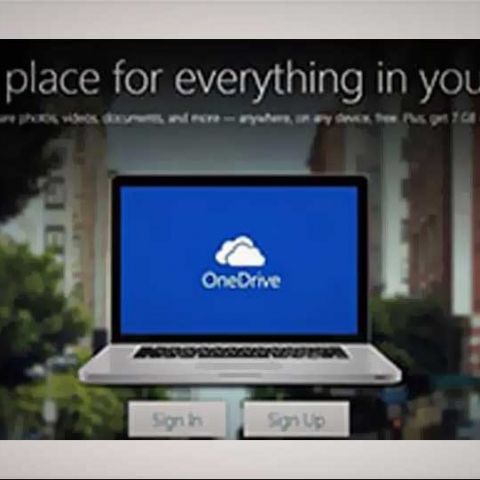 Microsoft is giving away 100GB of extra storage space to the first 100,000 people who sign up for their OneDrive accounts as part of its promotion post re-branding. The extra space will be added to users' existing OneDrive (formerly SkyDrive) storage, and will be available to users for one year.

Angus Logan, the group product marketing manager for OneDrive, confirmed the promotion but didn't reveal a specific launch date. He added that OneDrive users who want to get the free storage will have to check Microsoft's OneDrive Twitter feed for the latest news.

"We aren't announcing a time in advance. We're telling people to monitor [the OneDrive Twitter account] for clues about the promotion and how they can be part of the 100,000," said a Microsoft spokesperson.

The 100 GB of storage will be added to the 7 GB free storage that OneDrive provides on sign-up. Users can also get additional 5 GB of storage by inviting their friends to OneDrive, and get another 3 GB by using OneDrive's camera backup feature.

Microsoft rebranded Skydrive to OneDrive after losing trademark lawsuit to British Sky Broadcasting Group in June last year. Initially Microsoft had decided to appeal against the UK courts ruling but later dropped it for a "reasonable period of time to allow for an orderly transition to a new brand" for SkyDrive. Microsoft has renamed SkyDrive and SkyDrive Pro to 'OneDrive' and 'OneDrive for Business' respectively.