The Granular Storage Control allows users to manage space on their device more efficiently. It lets users select and delete particular data such as a videos or GIFs from a chat. The update is only available for beta testers as of now. 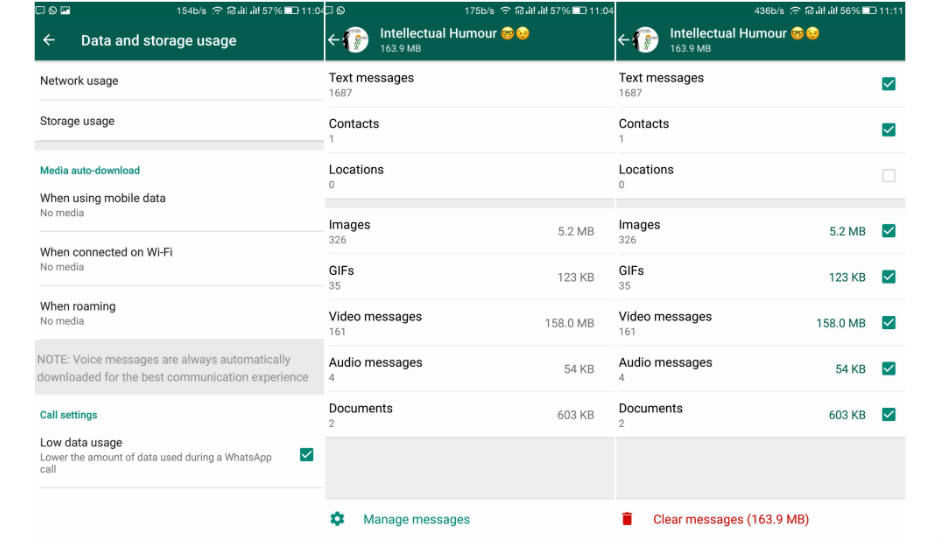 WhatsApp has introduced a new Granular Storage feature with its latest beta update. This feature allows beta testers to manage data consumption of individual group or users. The new storage control option also allows users to see how much space each type of file, such as GIF, audio or video, takes up. In addition, users will also be able to delete the files that they do not want.

As mentioned above, the Granular Storage Feature is only available for WhatsApp beta users and is available with the app version 2.17.340. Since it has made it to WhatsApp beta, one can expect it to be added for all users once it has been sufficiently tested by the messaging service.

Those who want to experience the latest feature, can sign up for beta testing here. Those who already have the beta version can access the new storage feature by heading over to WhatsApp’s Settings. Under the menu option Storage Usage, users will be able to view how much space a specific user/group chat takes up. A manage messages options at the bottom allows users to clear different message types like text, images, videos, GIFs, voice messages and more from the selected chat.

WhatsApp’s Granular Storage Control feature was available for iOS users since January and is expected to be made available for everyone on Android soon. WhatsApp has been continuously releasing a slew of new features. It recently rolled out a Picture-In-Picture (PiP) video calling mode, which allows users to multitask while video chatting on the app. The instant messaging service has also been looking to monetize its services and recently announced WhatsApp for Business. The service verifies a business and facilitates easier communication between businesses and their consumers.