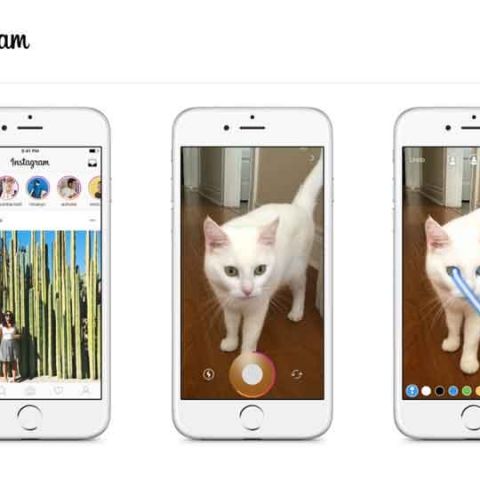 According to new statistics that have surfaced online, the daily active users of Instagram Stories  is more than 100 million now. In a report by Buzzfeed, the estimated number of total active monthly Instagram users has touched 500 million, nearing its sixth anniversary.

Instagram Stories is a feature that is very identical to what Snapchat does. Snapchat’s reported active user base is claimed to be around 150 million as of September. However, it had to build its user base, unlike Instagram which already had its registered users. Instagram Stories was rolled out 2 months ago and already has two-thirds the number of active users Snapchat currently does, and the high adoption rate only proves how popular the feature is.

While Instagram Stories has been growing in leaps and bounds, Snapchat loyalists will not be abandoning ship. Instagram CEO Kevin Systrom, in an interview to Buzzfeed also hinted at a newer video format which is under development. He also shared the company’s initial plan of adding a checkbox option to posts, wherein you could have the post expire and delete after a set amount of time, but they decided to drop it.

It has definitely been a hell of a year for Instagram, be it Instagram Stories or the introduction of the new logo. With 500 million daily active users, Instagram is aiming for the 1 billion mark, following in the footsteps of Facebook Messenger. It would also not be wrong to say that Instagram Stories has received an overwhelmingly positive welcome and is definitely here to stay. In case you’re in the minority and have not used Instagram Stories yet, you should consider adopting it yourself.