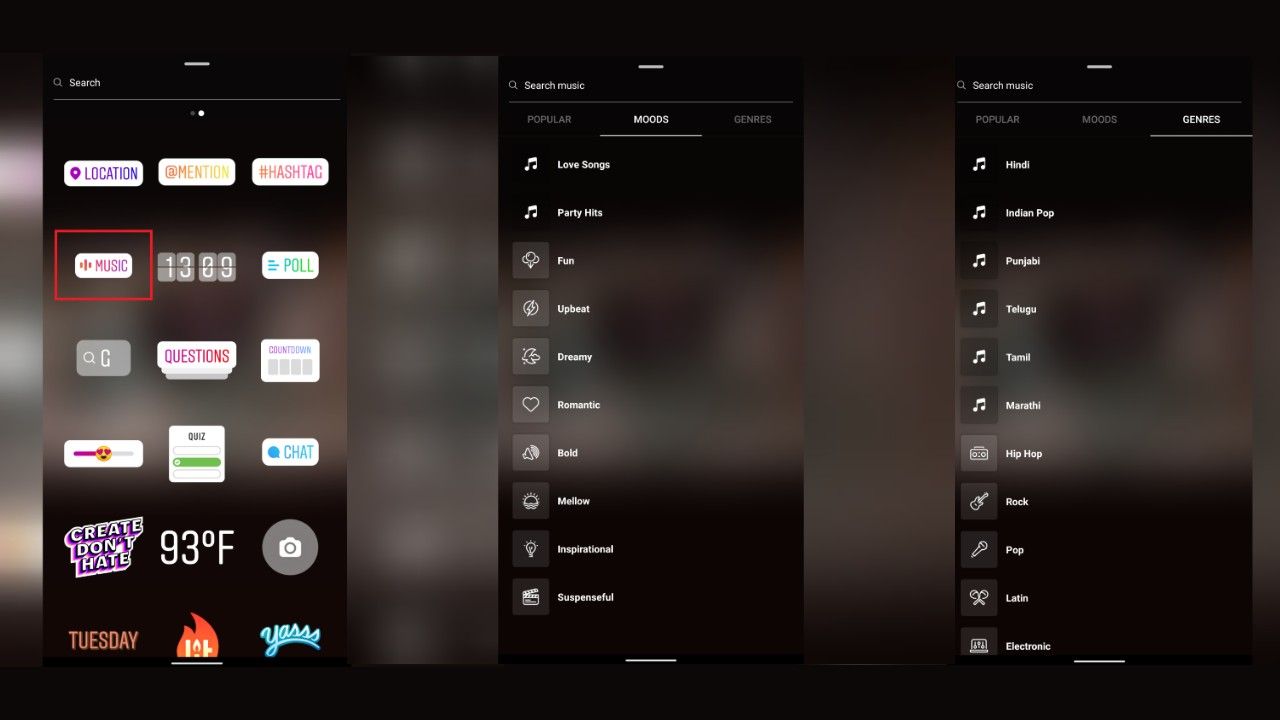 Music for Instagram Stories was made available for certain marketing in June 2018.

The new feature can be spotted under the stickers section on the app.

Facebook has finally rolled out Instagram Music for the Stories feature in India. The feature was made available for certain countries in June 2018. Music for Stories lets users tag song lyrics to their photo or video stories. However, Instagram hasn’t made any official announcement about the feature. It is available in the latest update (v110.0.0.16.119) of Instagram.

The new feature can be spotted under the stickers section on the app. It has three different sections: Popular, Moods and Genres. As the name suggests, the Popular section features super-hit songs from artists in and outside of India.

Coming to Moods, the section consists of eight different moods, namely, Fun, Upbeat, Dreamy, Romantic, Bold, Mellow, Inspirational and Suspenseful. On the other hand, the Genres section gives a list of the different musical genres like pop, hip hop, rock, and more.

Once users select the song of their choice, they are given an option to resize the lyrics and change the font. Users can also add music on Facebook stories.

Apart from India, Facebook has also made the Music feature available across Latin America earlier this month in September.

Moreover, Facebook is rumoured to follow Instagram’s footsteps, and begin hiding public-facing like counts. It was spotted by reverse engineering master Jane Manchun Wong. She found the code inside the Android app of Facebook that hides the amount of likes on a post from everyone but the one who made that post.

Currently, the above-mentioned feature is an unreleased feature, which is in the early stages of development. The company has not announced which countries will be chosen for the test. Moreover, it has not confirmed the feature roll-out date. Therefore, Facebook could pull it back if it hurts usage or ad revenue significantly.