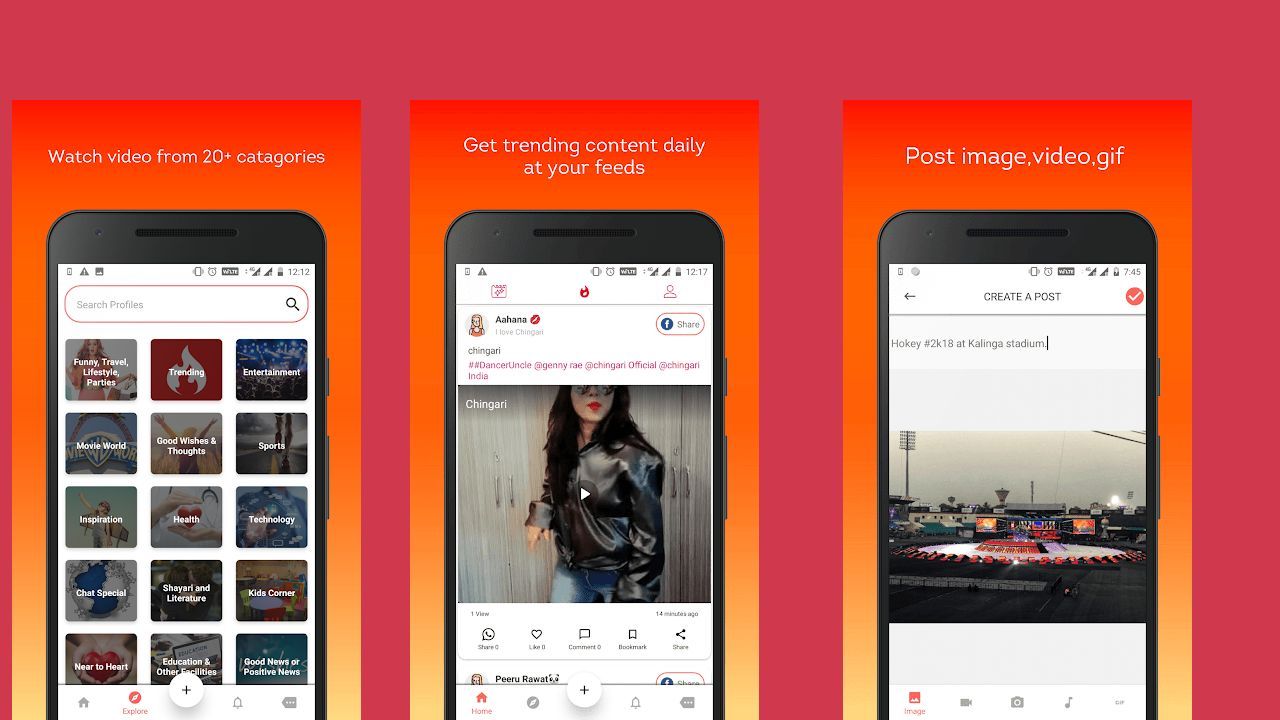 A homegrown social networking app called “Chingari” has gone viral with more than 2.5 million downloads on the Google Playstore. Launched as a TikTok alternative, the short video sharing app reached 500,000 downloads in just 72 hours and the new milestone is coupled with thousands of favourable reviews on the app’s listing page on Google Playstore.

Apart from helping users reach out to millions with their posts, the biggest draw for the app is that it also pays content creators for content that goes viral. It’s also available on the Apple App Store.

It’s a truly Indian app with support for multiple vernacular languages, which has perhaps resonated with the people of the country amidst a surge in Anti-China sentiments. On the Google Playstore, it’s called Chingari - Original Indian Short Video app.

What is Chingari app?

Billed as a Tik-Tok alternative, Chingari is a homegrown, short video sharing app founded by two Bengaluru-based software engineers Biswatma Nayak and Siddharth Gautam. It’s free to download and offers a TikTok like interface to consume and upload content. Creators can also upload their own short videos.

The app has a feed which users can scroll up or down to watch short videos based on topics and people they follow. Topics include Entertainment, Technology, Health, Movies, Sports and more. Posts can also be filtered by hashtags and they can be shared as WhatsApp staatus, along with sharing them as links on other social media apps.

But it’s not new per se. The first version of the app launched on the Google Playstore in November 2018 and on iOS, it debuted in January 2019, according to Gadgets 360. And the recent fame is likely due to the demand for Indian alternatives. But there’s also another factor driving the downloads.

Chingari pays the content creator based on viral the video becomes. For every view one gets on their videos uploaded on the app, users get points which can then be redeemed for money.