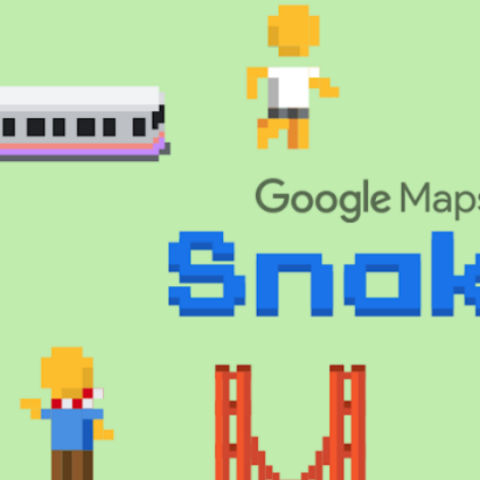 Google has added the popular Snakes game to its Maps app for iOS and Android users to try out for a week.

Snakes have invaded Google Maps! However, you need not be afraid since they are virtual ones. As an April Fools' day prank, Google is adding the classic rendition of the popular Snake game to its Maps app. Keeping it subtle, the company has added a Play Snake option to Google Maps, which users can access from the icon on the top-left corner. Players can choose the city in which they want to play the game with options of Cairo, São Paulo, London, Tokyo and more to choose from. Players will be navigating the snake that is actually a mode of transportation, which changes depending on the map you’ve selected.

“Once you’ve selected a city, start picking up as many passengers as you can as your train travels around the world—stopping everywhere from Big Ben, the Great Sphinx of Giza to the Eiffel Tower. But make sure you don’t run off the map (or into yourself)!,” Says Google in a blog post. The new option is available for all Android and iOS users starting today and will be available for about a week. Those of you who want to try it out on a bigger screen can also visit a standalone site for playing the game.

Google’s April day prank seems to be more of a treat for players, with a dash of nostalgia. However, OnePlus has taken it up a notch with the announcement of its Warp Charged OnePlus electric car. Obviously an April fools prank, the new Warp Charged OnePlus car can be SLS 3D and ABS 3D printed so that users can design it at home. Taking it up a notch, the company says one will be able to use their smartphone as a steering wheel in the car and swipe on the screen to turn left and right and swipe up and down for accelerating and reversing it. Seems legit? Not so much. However, points to OnePlus for coming up with a chucklesome idea.