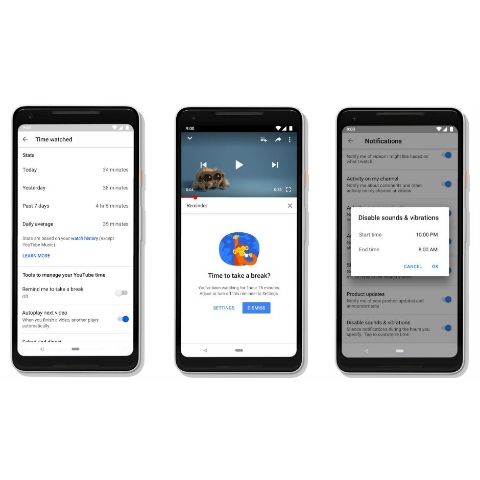 Some Redditors found that disabling the feature significantly boosted the performance of their Pixel units.

Disabling usage access of the option is reportedly boosting the performance.

Screen time monitoring tools are quite important when it comes to understanding and regulation of the amount of screen-time one gets. Google made a push for improving its consumers digital life with the Digital Wellbeing feature that it announced during I/O 2018. However, it seems like the feature might be too much to bear for Pixel phones as it is apparently slowing them down. Pixel phone users have united in a Reddit thread to say that the feature was weighing too much on the phones and that disabling it significantly boosted the performance on some of the users’ units.

Combing over the Reddit thread, we found that, while disabling the feature seems to have considerably boosted the performance on some Pixel devices, it did nothing for a few other users. The feature could be slowing down even the original Pixel units, the Pixel 2, Pixel 3 and the latest Pixel 3a series of handsets. One can disable it from the Usage Access settings in the phone and turn the usage access off in Digital Wellbeing from the three-dot menu under the upper-right corner of the display. However, TechRadar notes that disabling usage access doesn’t affect the ‘Wind Down’ feature, which enables users to schedule DND mode, night light and more to dissuade smartphone usage.

If you own a Pixel smartphone, do give this a try and let us know if it significantly affects your phone’s performance. The Digital Wellbeing feature came out of beta and was made available for all Pixel devices back in November last year. The software comes with tools that are aimed at helping people better understand their phone usage and enabling them to monitor and manage the amount of time being spent on various apps. Along with the Wind Down feature, one can also manage notifications from different apps and choose the apps from which they want to receive notifications.