Google rolls out Gmail 5.0 for Android, brings design tweaks and support for all email accounts. 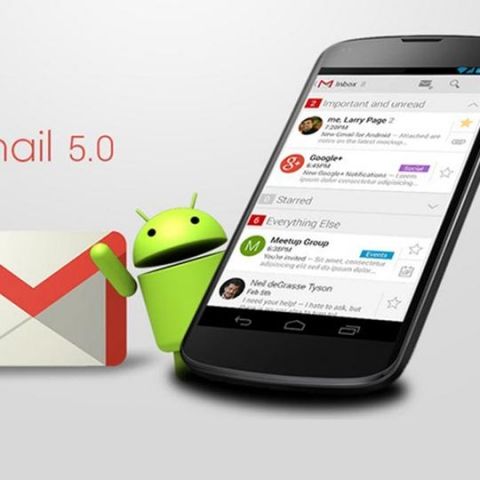 Google has rolled out a new version of Gmail for Android based on its new Material design. The update brings a revamped modern look and adds supports for all e-mail accounts. The new Gmail version 5.0 is meant for devices running Android 4.0 or higher.

The Gmail 5.0 for Android has a redesigned user interface that sports a more modern look and brings a few navigational improvements that make the app easier to use, including a new reply button at the bottom of messages. The update also brings some design tweaks that make it easier to switch between different accounts and inbox categories on tablet versions of the app. However the biggest addition is the support of non-Gmail accounts, earlier the app was limited to Gmail and Google apps only.

Google wrote in a blog post "We know some of you have email addresses that aren’t Gmail (it’s okay to admit it). The updated Gmail app now supports all email providers, which means you can now set up a separate inbox for, say, your Yahoo Mail or Outlook.com addresses using POP/IMAP."

Google has also announced a revamped Calendar app for Android based on Material design, which makes scheduling and planning more efficient for users. The app will now automatically turn hotel reservations and flight confirmations in your Gmail account into calendar events and will even track flight numbers and check-in time. The update is already available for Android 5.0 based Nexus 6 and Nexus 9 devices and will be rolled out for Android 4.1 or higher devices in the coming weeks.