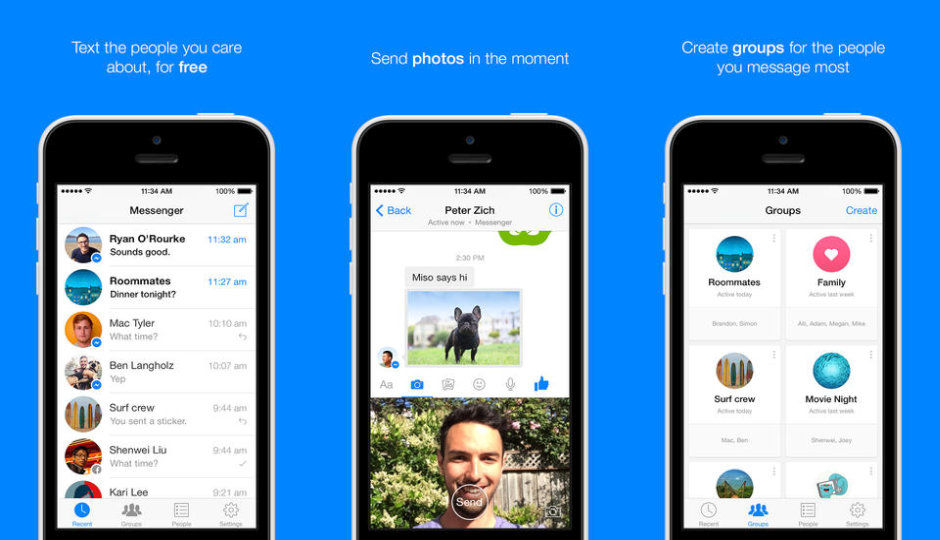 Facebook has rolled out a new update of its Messenger app. The new 5.0 update brings feature improvements to both Android and the iPhone. It has a new, streamlined design for sharing and accessing pictures and videos along with a new shortcut for downloading sticker packs. Users can download the Facebook Messenger 5.0 for iPhone and iPod from the Apple app store and from the Google PlayStore for Android devices.

The Facebook Messenger 5.0 makes it easier to share “photos, voice messages, and more”. Users can now share and access video clips with their friends in the new update, (as long as you have Android 4.3 or higher) which was earlier limited to only pictures and voice recordings. It also adds a new 'selfie' mode which is built in. Apart from all this, the new update also brings improvements in searching people and groups by name. Users also have the ability to download a sticker pack by pressing and holding any sticker that someone sends you. 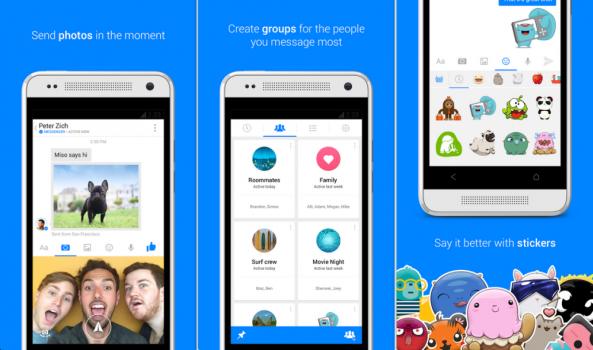 The social media giant introduced data-based voice calling to any country for users with messenger ver. 4.1 for iOS last month, the feature was launched for Android users almost a year ago. Facebook also launched ver. 4.0 in March for iOS users that focused on improved group chat options and had some message forwarding tweaks. The update also brings ability to create and manage groups of contacts within the app. Facebook recently announced that it has crossed 100 million users in India, making it the second biggest Facebook nation after US.