Facebook is now targeting developing smartphone markets with a lighter version of its app, called Facebook Lite. Currently available in select countries, the new app works with Android 2.2 and up. 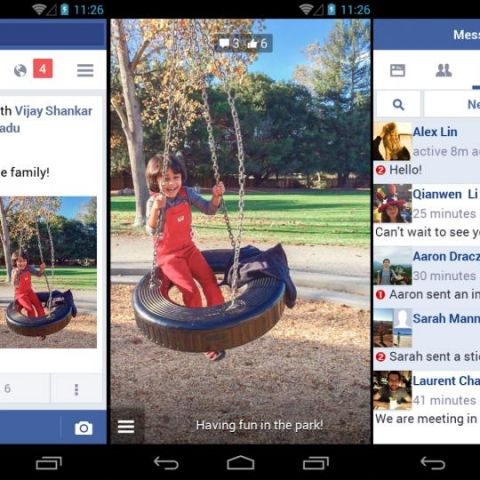 The new application consumes lesser data, fast to install — the app is less than 1MB, and quick to load. The app is compatible with Android version 2.2 and up, which covers a wide range of smartphones, including the low-end ones.

According to reports, the Facebook Lite is currently being tested in countries such as Bangladesh, Nepal, Nigeria, South Africa, Sudan, Sri Lanka, Vietnam and Zimbabwe.

Interestingly, Facebook had a Lite version a few years ago before shutting it down in 2010. The application featured minimalist interface was designed for users with slower connections. Moreover, the social networking site already has a 'Facebook For Every Phone' version designed for 2500 different types of Java-enabled phones. Back in 2013, Facebook announced crossing 100 million users for the app.

Facebook has previously made a few efforts to increase its base in emerging markets. While its already going big in countries such as India – which is expected to have more users on mobile than the US by 2017, it is now looking to tap the African and Southeast Asian markets.

It's worth pointing out Facebook is already associated with Internet.org project under which tech companies provide affordable access to everyone. Among many notable efforts, Facebook is working on the concept of launching Internet beaming drones, which is again targeted at the emerging markets.

Also read: Can a Facebook phone connect the world?