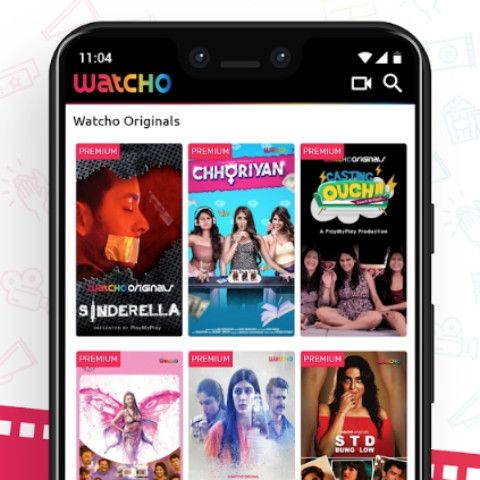 It will be available on iOS, Android and as a website.

Watcho will also provide a creative platform for creators to upload videos showcasing their talent.

Dish TV, India’s largest DTH provider, has launched a new OTT video streaming platform called Watcho. The video streaming service will be available on iOS App Store and Google Play Store as an app. It will also be accessible on www.Watcho.com. Dish TV announced that with the streaming service, the company will foray into original content, including original fiction and “influencer shows” in Hindi, Kannada and Telugu languages.

The content on Watcho is aimed at young, urban audiences. The company says that the platform will feature new-age content- from original series, short films, on-the-go snackable video content, celebrity collaborations, infotainment videos. One of the first original shows from Dish TV to stream on Watcho is a stand-up comedy show featuring Indian comedians called ‘Vote The Hell’. Other original titles include - Mission Breaking News, Chhoriyan, Rakhta Chandana and original influencer shows like Vote The Hell, Look I can Cook, Bikhare hain alfaaz and more.

Beyond original programming, Watcho from Dish TV will also offer 1000+ hours of movies, short films and shows. There is also a live and catch-up TV functionality on the streaming platform, through which subscribers will be able to watch their favourite TV shows and series on Watcho. Add to that, the platform also gives creators the ability to upload videos showcasing their talent, win rewards and stand a chance to feature in an exclusive original show.

“Watcho is focused on Short format storytelling apt for Digital consumption, with content strategy focused on youth audience across India and not just Urban Millennials. Watcho content cuts across all genres like Drama, Comedy, Thriller, Romance, Food, Fashion and Poetry,” the company noted in a press release.

As an introductory offer, existing and new users will have a free subscription to Watcho. Users can sing-in through Facebook or by using their registered mobile numbers with Dish TV. No further pricing details have been disclosed for the platform.