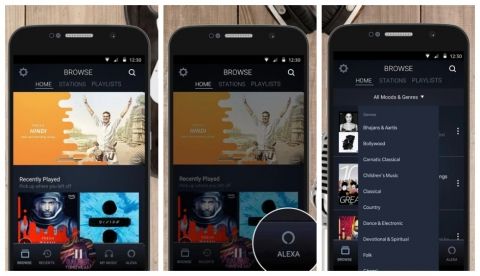 Amazon Prime Music app users in India can now call on Alexa without tapping a button when the app is running in the foreground.

The Amazon Prime Music app is being updated with the company’s virtual assistant. While Alexa was made available for the music streaming app about six months ago in the US, Amazon is now integrating Alexa with its Prime Music app for users in India. Called the Hands Free feature, the new option is aimed at enabling users to control their music using voice commands. The smart assistant will be enabled for both iOS and Android users, and one will also need not to press or tap the Alexa icon to invoke the virtual assistant. However, this works only when the app is open in the foreground. Users need to update to the latest version of the Amazon Prime Music app for using the feature, which can be toggled on or off via the app’s settings.

Commenting on the new feature the Director of Amazon Prime Music, Sahas Malhotra, said, “We want to make music listening as easy and enjoyable as possible. The launch of the Hands Free feature on the Amazon Prime Music app eliminates yet another step between you and your music, giving you the freedom from tapping the Alexa icon and simply asking for your favorite music. Since its initial launch in the US in 2018, providing Hands Free listening in the app has been one of the top requests by our listeners for the music app. And, today, Amazon Prime Music is making mobile music streaming even better by enabling this new functionality in our app for our listeners. This brings the voice-forward music listening experience that customers love on Echo devices to the rich, visual mobile app interface.”

Some examples of the voice commands that one can use with Alexa are: “Alexa, play the Dance party playlist I was listening to last week” or while doing some other work, add a song to your playlist with the command, “Alexa, add this song to the playlist ‘My Favourite Hits’ or “Alexa, play my workout playlist”.

Amazon Prime Music launched in India as a Prime benefit

Amazon Prime Music: A case study in arriving late and making a mark