Airtel Books app with over 70,000 ebooks debuts on Android and iOS

The new Airtel Books app is said to offer ebooks from both Indian and international authors. 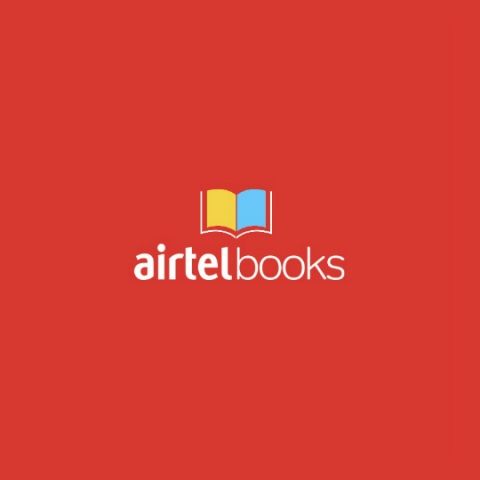 Airtel has launched its new Airtel Books app for smartphone users on Android and iOS.  The new app adds to the company’s suite of apps like Wynk Music and Airtel TV but unlike some of its apps that are exclusive to Airtel customers, the new Airtel Books app will be available for all. The company says that with the app, users will currently be able to access over 70,000 titles from both Indian and international authors. The company plans to expand the collection on the app by partnering with leading publishers and leveraging its partnership with Juggernaut Books.

All users who install and use the Airtel Books app will get a 30-day free trial and access ‘Free’ titles from the Readers Club. This Readers Club is a subscription service in the app, which is priced at Rs 129 for 6 months and Rs 199 for a year. One can also purchase individual books within the app with some offers. Airtel subscribers will get to avail an exclusive one-time benefit and will be able to access any five paid books from the Readers Club, which is said to be a collection of over 5000 e-books. 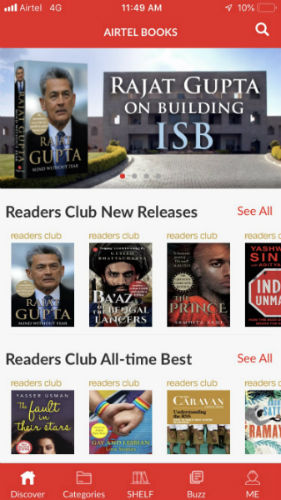 “Airtel Books is another major milestone in our journey towards building a world-class digital content portfolio. E-books is a fast growing segment along with music and video, thanks to large screen smartphones becoming the cornerstone of digital lifestyle,” says Sameer Batra, CEO of Content and Apps, Bharti Airtel. “We are delighted to roll out this initiative and take it to the smartphone users across India through our deep distribution reach. As we have demonstrated with Wynk Music and Airtel TV, our aim is to use deep customer science to curate great reading content for our users and add to their smartphone experience on our best-in-class network.”

Airtel is not the only telecom operator that has an app to entertain its customers. Jio has JioTV, JioNews and multiple other apps that are aimed at luring customers with exclusive access. Vodafone and Idea, all have their own respective apps that are meant to entertain their customers.