Adobe Photoshop Touch has just received a somewhat minor update that is supposed to add some major functionality to it. The tablet version of Adobe’s popular image editing software has just been updated to support three additional styli, along with working with smaller tablets.

The Adobe Photoshop Touch update adds recognition for Pogo Connect, Jot Touch, and JaJa Stylus, three pressure sensitive styli compatible with iOS. This should make it far easier for artists to draw, sketch or paint using the touch based image editing software. Photographers too can leverage the stylus support for retouching.

The update also expands the compatibility of the app to smaller tablets, like the iPad Mini and Google Nexus 7. In fact as long as the tablet is running iOS 4 or Android 3.1 or higher, Adobe Photoshop Touch should work just fine on your device along with offering pressure sensitive stylus support.

The update to version 1.4 of Photoshop Touch is already live in the respective stores and can be downloaded by using the update option. 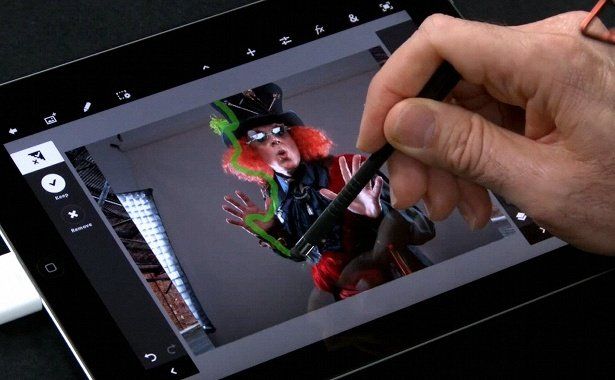