Adobe Fresco is a new painting and drawing app

The app uses Adobe Sensei AI for its Live Brushes 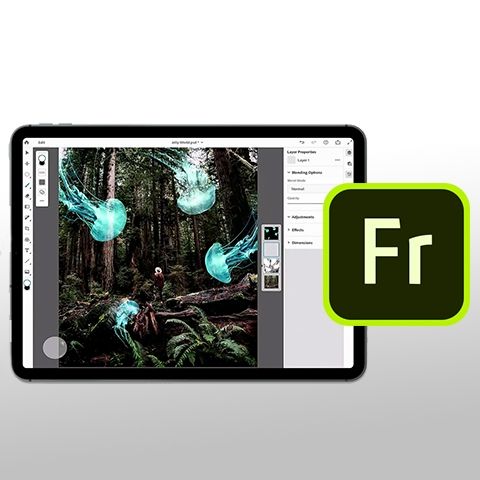 Last year, Adobe showcased a new project they called Project Gemini. This was a tool designed for drawing on the iPad. A year later, Adobe has finally announced a name and revealed some details about this project. Called Adobe Fresco, the iPad app will be a new tool designed for artists who paint and sketch.

Adobe Fresco’s start feature is something the company calls Live Brushes which leverage Adobe’s Sensei AI. According to Adobe, “The result is Live Brushes, which use the artificial intelligence of Adobe Sensei to recreate the behavior of oils and watercolors in an amazingly lifelike way. When you paint with a watercolor Live Brush, you’ll see the color bloom into adjacent areas of the paper. Use red and yellow next to each other and they’ll naturally blend into orange at the border. You can even recreate painting with water to dilute some colors and encourage tints to mix.”

Artists will have access to all of Photoshop’s brushes in Fresco, along with several thousand brushes created by artist Kyle Webster. Fresco will also be integrated with Adobe Creative Cloud so as to sync files across multiple devices, allowing for seamless switching between work devices. However, one can’t help but wonder if Adobe will also launch a desktop counterpart of Fresco, so that the work created in the App could be picked up and resumed on a normal PC/Mac.

Fresco is one of the two major applications from Adobe that are being designed specifically for the artists who use Apple’s tablet. Adobe last year had also announced that they will bring Photoshop to the iPad. Adobe had said that the Photoshop app for the iPad will bring desktop grade features to Apple’s tablet computer, but stopped shy of announcing any kind of possible time frame for its release. Adobe Fresco, on the other hand, has been given a launch window of “later this year,” but Adobe has a page where you can sign up for early beta access.