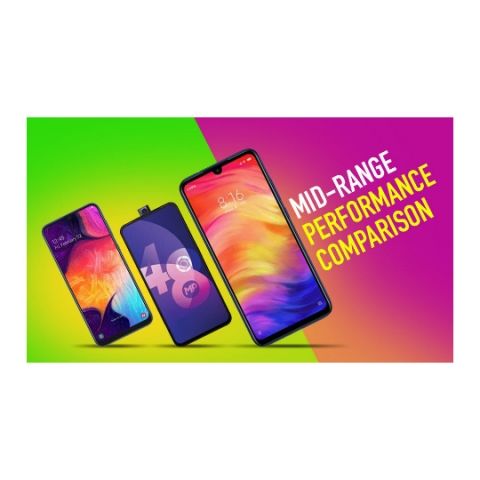 For under Rs 25,000, you can now get a phone that either has a 48MP rear camera, or a pop-up selfie camera or a phone with triple-cameras. But cameras aren’t the only thing that’s important in smartphones. While it’s a crucial factor in the purchase decision, performance remains an often overlooked, but critical aspect of a smartphone. You’ll use the camera to click maybe ten photos in a day, but the hardware under the hood is what will keep the phone running all day long, every day. And it’s not that the newly announced crop of mid-range smartphones aren’t performance beasts, at least that’s what the brands have advertised in their launch events. So we took the Xiaomi Redmi Note 7 Pro, the Oppo F11 Pro(₹ 14990 at flipkart) and the Samsung Galaxy A50, all three powered by relatively new mid-range chipsets and pitted them against each other in a performance showdown.

Before we get down to the test results, let’s take a look at the hardware each of the mid-range smartphones offer — 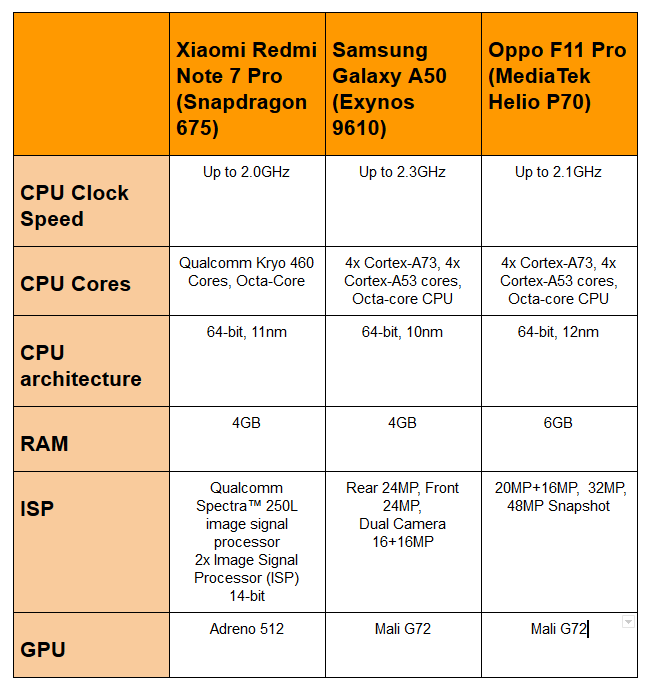 While there is no dearth of Qualcomm-powered chipsets in the mid-range segment, the Snapdragon 675 on the Redmi Note 7 Pro seems to be a class apart. It’s using the same CPU architecture as the Snapdragon 855 and has an ISP that supports the 48MP camera. In terms of graphics, the Adreno 512 is way ahead of the Mali G72 on both the Oppo F11 Pro and the Samsung Galaxy A50.

The Samsung Galaxy A50 is no slouch though. The Exynos 9610 has clock speeds cranked up to 2.3GHz, and it supports the triple-camera system on the back.

The MediaTek Helio P70 is the dark horse in this race. The Taiwanese chipset powers both budget and high-end phones like the Oppo F11 Pro. The SoC has the same CPU architecture as the Exynos 9610 but clocked at a lower speed.  The Helio P70 also competes neck to neck with the Snapdragon 675 in imaging, as the Triple ISP system on the Helio P70 supports the Sony IMX586 48MP camera sensor. The Helio P70 on the Oppo F11 Pro has the potential to disrupt the budget Android segment with the support for the flagship camera sensor. 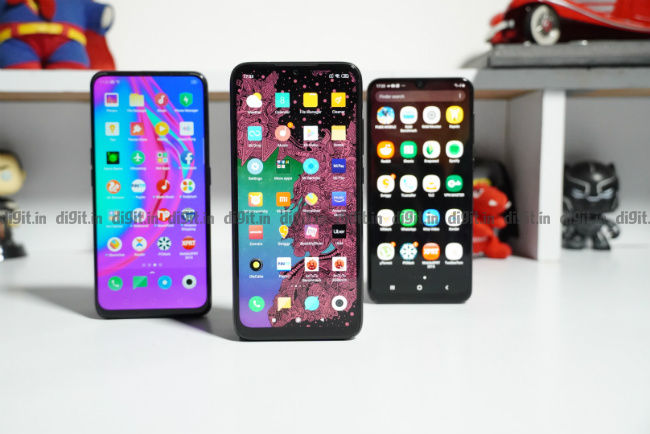 Disclaimer: We chose the Redmi Note 7 Pro, the Samsung Galaxy A50 and the Oppo F11 Pro to see if there’s a noticeable difference in performance between three completely different chipsets, and each launched boasting tall claims of disrupting the market. We tried to keep the rest of the hardware same as much as possible with only the Oppo F11 Pro deviating with 6GB RAM while the other two have 4GB RAM. We believe that shouldn’t account for a big difference in the numbers. All the three phones are also running on their respective stock ROMs, and all three are based on Android 9 Pie.

Which is the fastest smartphone in the mid-range segment? Let’s find out —

The Redmi Note 7 Pro tops all the CPU benchmarks with the Snapdragon 675 dominating the charts. This isn't surprising considering it runs on the Cortex A76 cores while the other two chipsets use Cortex A73 cores, which are two generations behind. What’s interesting is that the Redmi Note 7 Pro managed to finish the Mobile Xprt tasks around 25-30 percent faster than the Galaxy A50 and the F11 Pro. In case you don’t want to consider the Note 7 Pro in your purchase cart, the Samsung Galaxy A50 is clearly faster than the Oppo F11 Pro in executing daily tasks but the F11 Pro edges it out in the Geekbench, AnTuTu and PCMark scores. The difference in scores is jarring and doesn’t match up to the Mobile Xprt scores.

The Mali G72 on the Exynos 9610 and the MediaTek Helio P70 seems to have put up a good fight against the Adreno 512 on the Snapdragon 675. However, the large difference by which the Oppo F11 Pro is ahead of the Redmi Note 7 Pro on 3DMark Slingshot is something to note. That’s because the higher score of the Oppo F11 Pro doesn’t match with the frames rendered in GFX Bench test for the Oppo F11 Pro. It’s significantly lower than the Redmi Note 7, and even the Samsung Galaxy A50 despite using the same GPU.

The Oppo F11 Pro does establish it’s claim of higher AI performance. It has a dual-core APU that crunches through AI-tasks in parallel, dishing out results much faster. However, the AI Engine on the Snapdragon 675 which make use of the GPU, DSP and the CPU to compute AI tasks does it even faster than the MediaTek Helio P70, although the Helio P70 seems to be ahead in terms of image recognition speed as indicated by PCMark Computer Vision test. 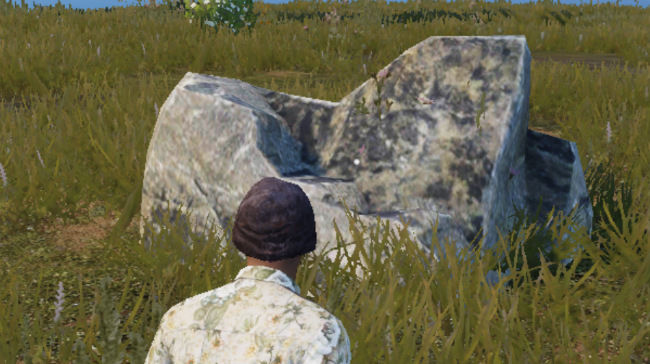 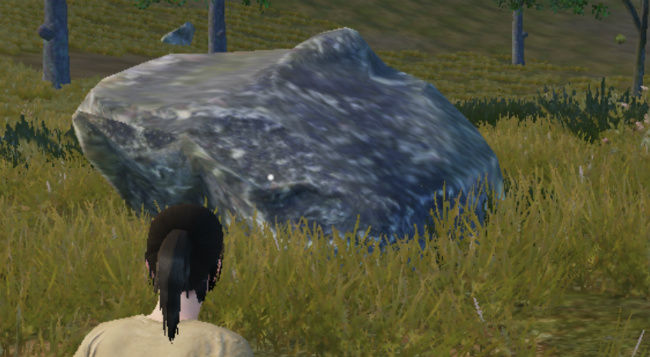 Looking into the quality of graphics each phone delivered on PUBG Mobile, the Redmi Note 7 Pro seems to be the best. The phone runs the game on high graphics by default while the Galaxy A50 and the F11 Pro both run the game on medium settings.

The Samsung Galaxy A50 might be the most efficient considering its smaller manufacturing footprint, but the processor cannot perform at the same level as the Snapdragon 675. It did edge past the Oppo F11 Pro in certain cases, but it lags behind in AI performance and gaming. The Oppo F11 Pro isn’t a bad choice at all. The Helio P70 seems to be well-optimised to handle intensive games like PUBG Mobile, but the fact that there was a big variance in our benchmark cheating test shows there could be something fishy going on.

The Redmi Note 7 Pro is the best performing smartphone out of the three.