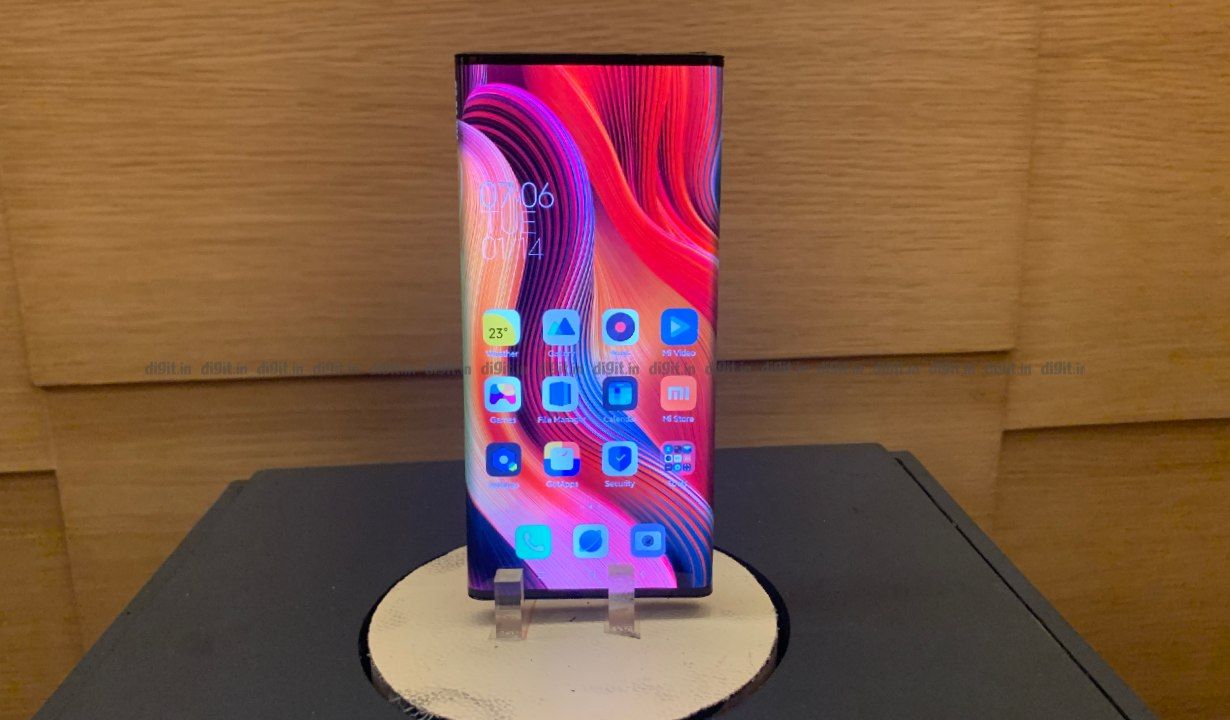 We got our first good look at the Xiaomi Mi MIX Alpha.

We got to explore the flexible OLED design and check out the new features.

Read our first impressions of the Xiaomi Mi MIX Alpha to know more.

At the closed-door press briefing where Xiaomi explained its upcoming strategy of bringing Mi-branded flagships to India, the company also showcased the Mi MIX Alpha, the concept 5G smartphone with a wraparound OLED display. But here’s the funny part — Xiaomi did not allow us to hold the phone in our hands. Instead, we had to make do with the phone being held by the company executives and just given a quick tour of the design and the features.

As a result, this first impressions is not a hands-on. It’s eyes-on and opinions forwarded in this article are based not on actual usage of the device, but seeing it being used. That being said, let’s get started.

Display that wraps around the body 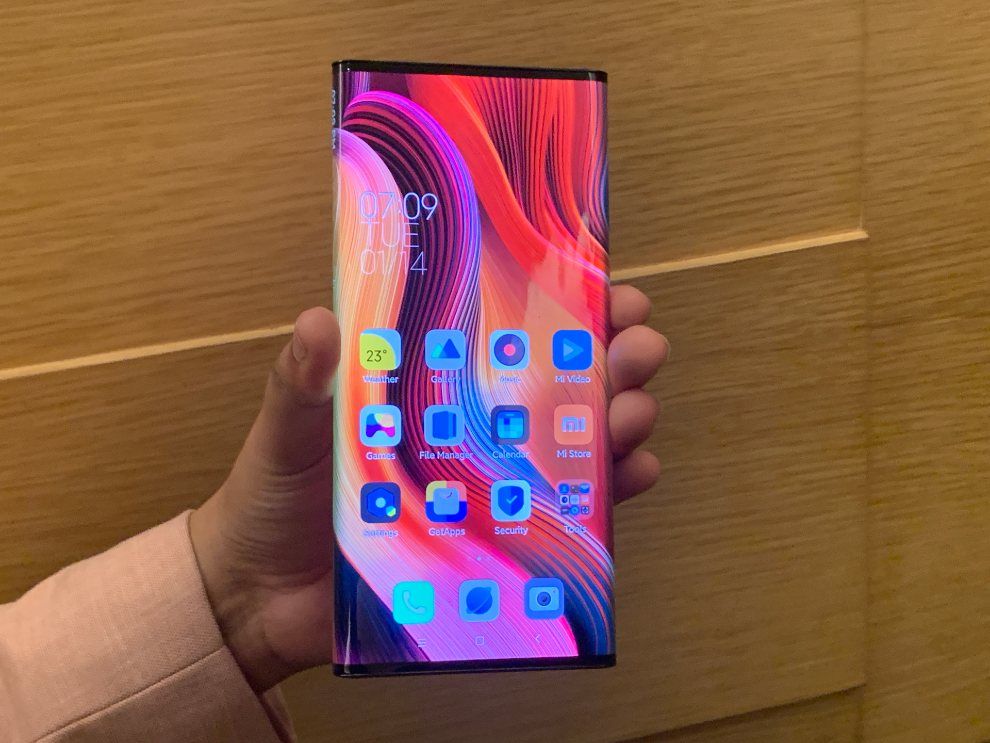 As with previous MIX smartphones, the MIX Alpha is Xiaomi’s take on the flexible OLED form-factor. The MIX Alpha doesn’t bend or fold. Instead, a single flexible OLED just wraps around the titanium body, covering the front, back and the sides. It looks stunning, and nothing like what I have seen before on a smartphone. This even beats the NEX 3’s Waterfall Display and the NEX Dual Display’s second panel at the back, in terms of screen-to-body ratio which happens to be at a staggering 180.6%. Xiaomi calls this the 4D Surround Display.

Having the display take up all the space means the R&D folks at Xiaomi had to find an alternative to the traditional ear-piece and the proximity sensor. So Xiaomi adopted a refined version of the piezoelectric speaker from the original Mi MIX and installed a ultrasonic proximity sensor that uses ultrasonic soundwaves to detect whether the phone in your pocket or sticking to your face. 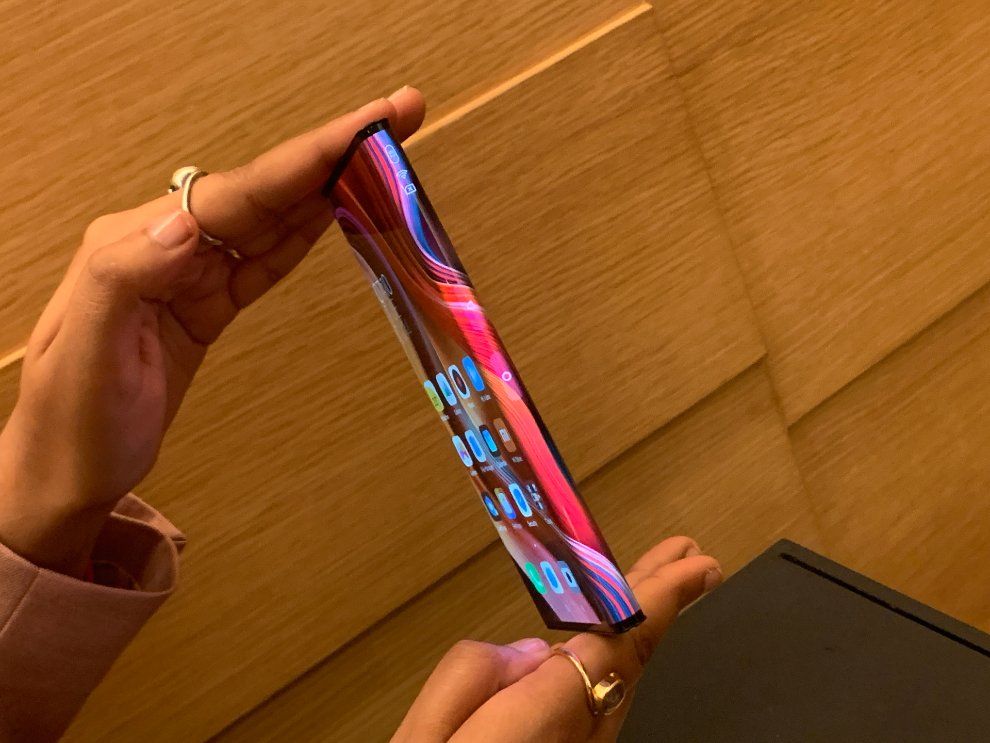 The edges of the panel house virtual volume rockers on side and notifications and status icons on the other. The volume buttons are pressure sensitivie and simply sliding the finger along that area will increase or decrease the volume. There are also additional sensors and Xiaomi’s own AI algorithms that work to detect which part of the display you’re using and prevent accidental touches.

As for the rear panel, Xiaomi explained three use-cases. One is to use the rear panel to click a selfie. The MIX Alpha doesn’t have (or doesn’t need) a front camera. Instead, it uses the rear camera stack (more on that later) to take selfies. In that case, the rear display lights up to show your portrait and you can click what is probably the most detailed selfies ever with the 108MP camera. Another use case is to keep track of an Uber till it reaches your location, or you can use the second screen to control your smart home devices.

108 megapixels in the camera 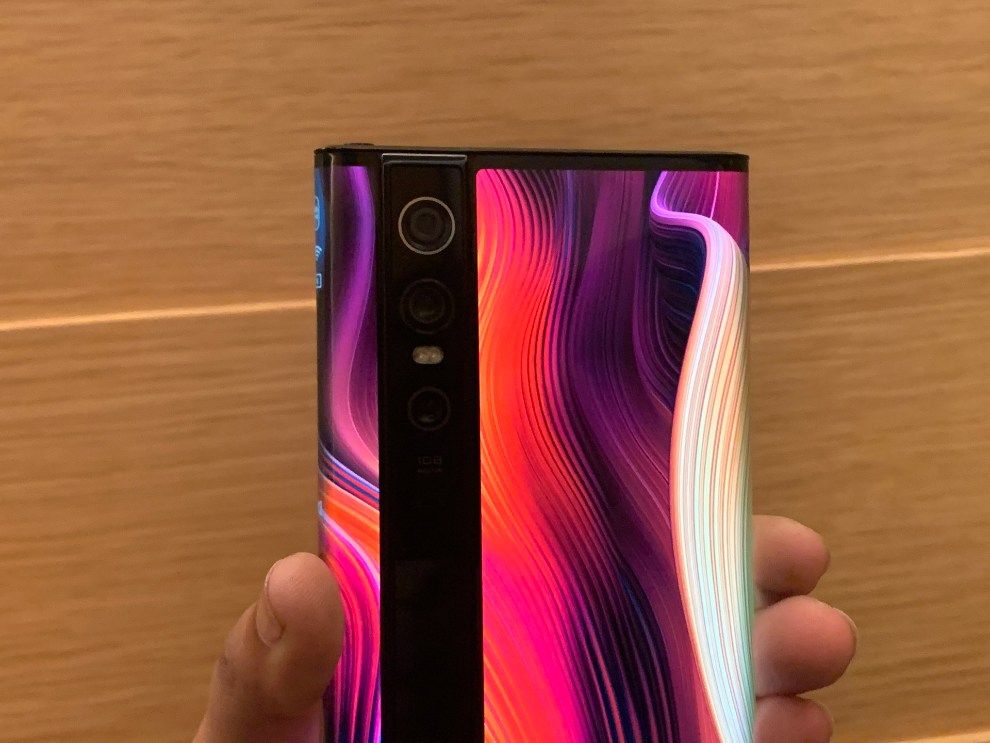 Xiaomi did not just stop short at the display, it also went ahead and used the best possible hardware for the camera. The MIX Alpha sports a five-lens camera stack led by a 108MP camera sensor. It’s made by Samsung and measures 1/1.33” in size. To compare, that’s around 300% larger than the 48MP cameras that flooded the market in 2019. The 108MP camera has an aperture of f/1.69 and offers OIS. You have the choice to shoot in 108MP or rely on 4-in-1 pixel binning to get high quality 27MP photos. I shudder thinking of the file sizes we’ll get shooting from this camera. Then there’s a 20MP ultrawide camera that also does macro up to 1.5cm, and a 12MP telephoto lens with 2X optical zoom support. The camera sensors are protected by sapphire glass casings while the modules themselves are mounted on a ceramic coloumn that is the only interruption in the wraparound display.

We weren’t allowed to take photos from the 108MP camera which could have given you an idea of what to expect from the large sensor. Whether there is any significant improvement in the quality of images remains to be seen. Thankfully, we are expecting the Mi Note 10 to launch with a 108MP camera in India soon. 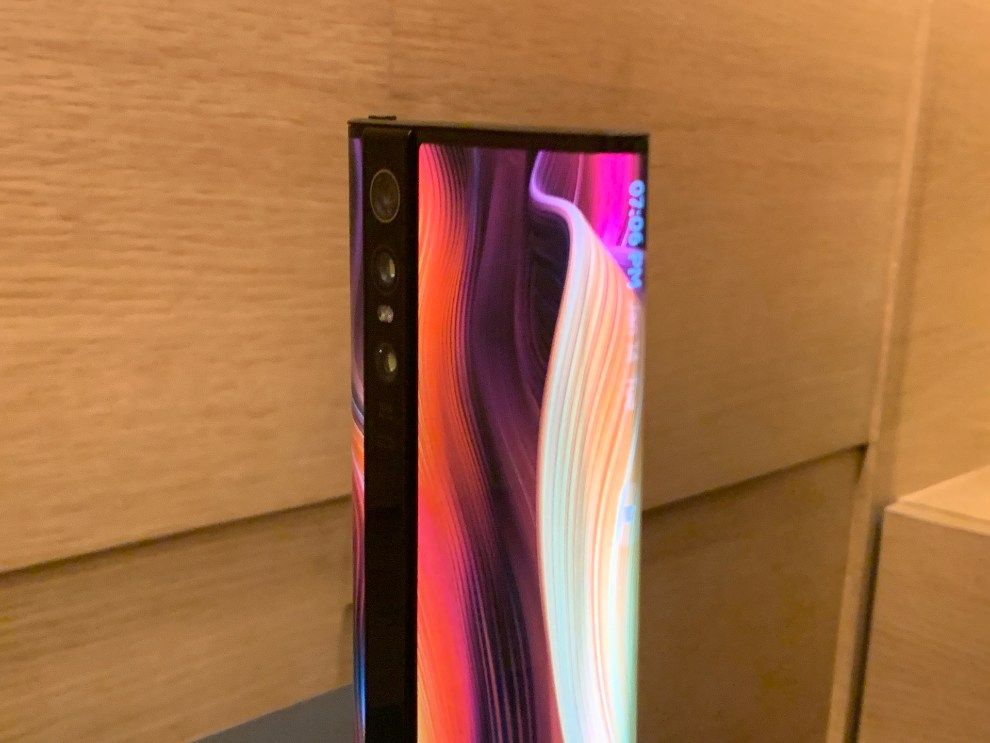 Inside the titanium body of the Mi MIX Alpha, there’s the Snapdragon 855+ along with the Snapdragon X50 5G modem, making it capable of supporting 5G connectivity. There’s 12GB of RAM and 512GB UFS 3.0 storage as well, making the MIX Alpha just as powerful as the premium flagships of 2019. Having seen the phone being used, it felt fairly smooth and fast. The Xiaomi executives present flicked through the UI, switched the panel from the front to the back, opened up a list of widgets on the rear panel, and launched a few apps to show everything is working as they should. However, to make the most of the wraparound display, developers will have spend more effort on their apps. Apps will have to be customised in collaboration with the MIUI team to support the extra screen real estate. And quite frankly, there are hardly any apps other than Xiaomi’s own that have been optimised for the flexible display. The coolest party trick you can do with the phone would be to put it on charge. When charging, the entire display lights up to show the battery refueling, making the phone itself look like a giant battery bar.

All said and done, the Mi MIX Alpha is an astonishing piece of engineering. Right from the technology, the choice of materials and the features themselves peg this to be something reserved for the future. And if at all it is from the future, I’m still struggling to justify purchasing the smartphone. Yes, the MIX Alpha can technically be purchased in China if you can spare Rs 2 lakhs and some change. But even then, Xiaomi said there’s only one belt in a factory in China capable of manufacturing the smartphone, which is not enough for mass production.

The MIX Alpha felt like an excellent showcase of Xiaomi’s capabilities of coming out with cutting-edge hardware, but other than that, I didn’t feel a burning desire in me to use one as a daily driver. For one, it would be near impossible to put a case on this, and carrying a device worth Rs 2 lakhs out in the open without any protection shouldn’t be acceptable. More than that, the extra screen real estate can’t be used all at the same time, which is the case with the Samsung Galaxy Fold and the Huawei Mate X. With these two, you can still unfold and get a larger screen for games or movies. The MIX Alpha simply turns the rear panel and edges into displays, and as such, you can’t use all that screen at the same time to watch or play something, and as such, doesn’t really change the way we use smartphones.

Would I call MIX Alpha impressive? Most definitely, yes. But is it useful or sustainable or worth the Rs 2 lakh price tag in China? I don’t think so. What it does succeed in is to convince that Xiaomi can indeed make premium smartphones, but if this is any indication of things to come, Xiaomi has already set the bar way too high for its regular, mass-market premium smartphones to compete with.

Xiaomi Redmi Note 8 Pro gaming and performance review: Was it wise to go with MediaTek?