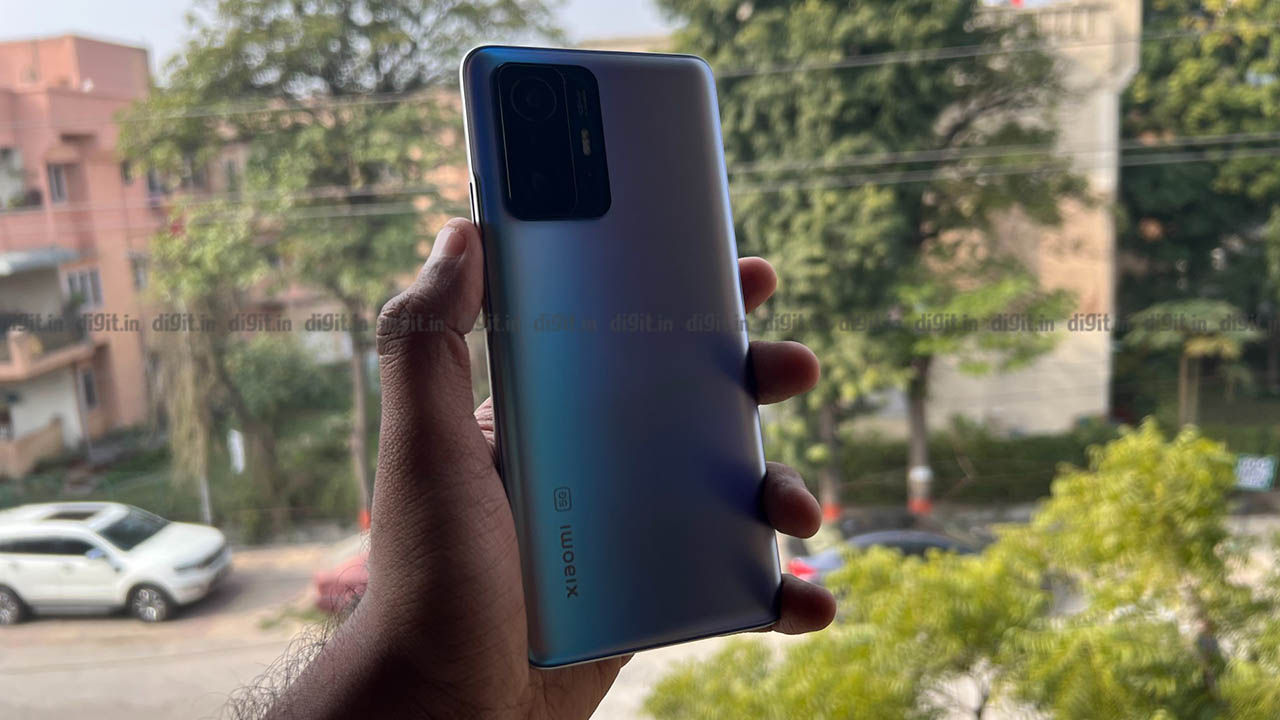 Just a few weeks into the new year, Xiaomi has come out all guns blazing, launching not one, but two new phones already in the Indian market. We've already covered the first one -- the Xiaomi 11i Hypercharge -- a few days ago, testing its tall claims of 120W fast charging, we now also have its elder sibling, the Xiaomi 11T Pro(₹ 38999 at amazon) in for review.

Launched at a more premium price point than the 11i Hypercharge, the Xiaomi 11T Pro not only brings with itself support for 120W fast-charge technology, but also a bigger battery, more powerful processor, and the promise of an even more immersive multimedia experience thanks to the phone housing Harman Kardon speakers with support for Dolby Atmos and a vibrant 10-bit AMOLED panel.

This display is one of the biggest selling points of the Xiaomi 11T Pro, and is touted to be extremely colour accurate -- a claim we'll put to test very soon. However, for now, let's take a look at the phone's performance in benchmarks and real life to understand if it's worth getting excited about. 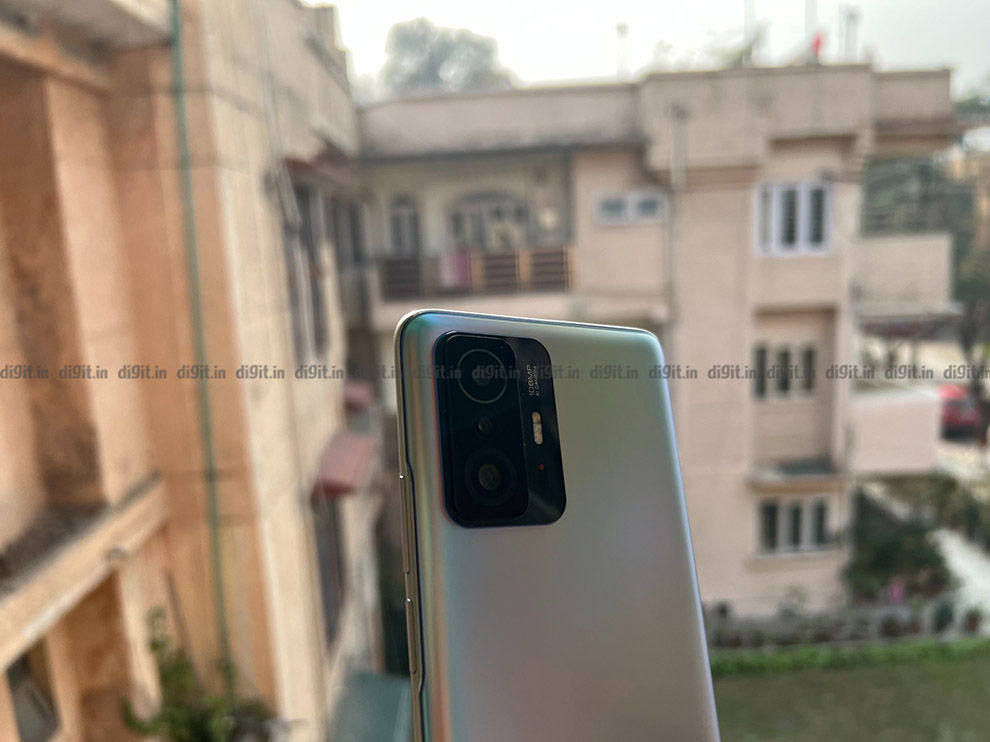 The Xiaomi 11T Pro has a 10-bit FHD+ 6.67-inch AMOLED display with support for Dolby Vision and 120Hz fast refresh rate. This panel also offers a touch sampling rate of 480Hz for improved gaming experiences. The display is covered using a sheet of Gorilla Glass Victus for protection. We also have Harman Kardon dual stereo speakers on the device which offer Dolby Atmos support.

Underneath the hood, we have a Qualcomm Snapdragon 888 SoC running the show. This chip has been paired to either 8GB/12GB RAM and 128GB/256GB storage.  The cameras on the phone include a 108-megapixel Samsung HM2 primary lens sat next to an 8-megapixel 119-degree ultra-wide-angle lens and an 8-megapixel telemacro sensor. There is a 16-megapixel lens on the device for selfies and video chats.

Completing the phone is a 5,000mAh battery with 120W fast-charging support. Xiaomi claims it can charge up to 100 per cent in just 17 minutes -- again a claim we'll put to test very soon. 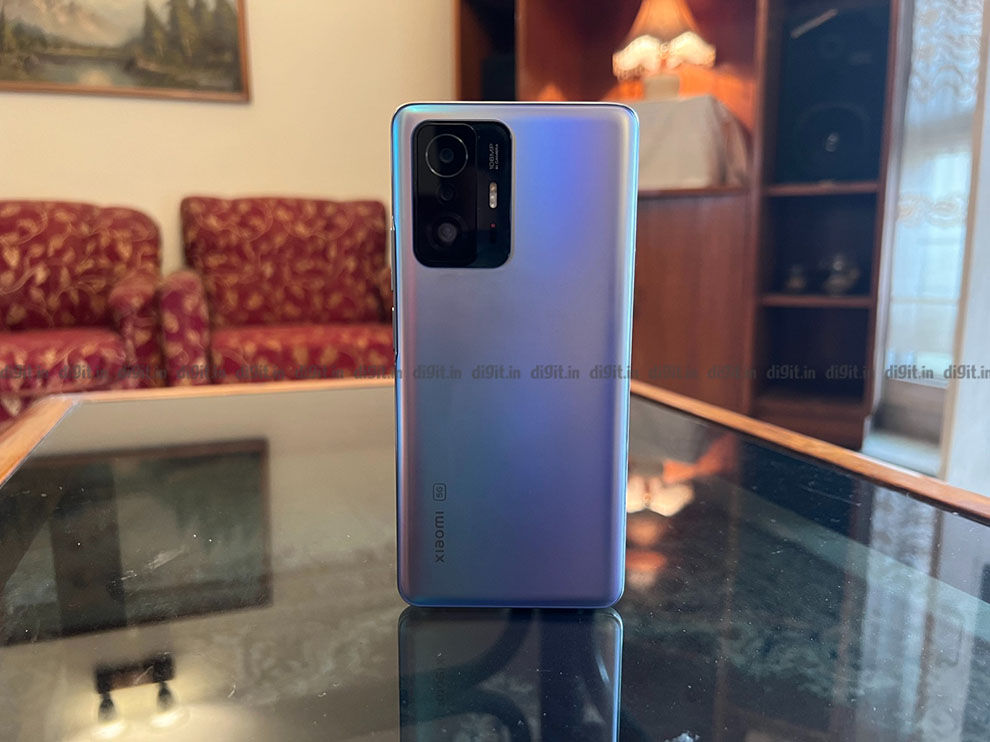 So does all this hardware come together to create a monster device that works like a charm in both benchmarks and real-life scenarios?

Well, the answer is yes.

Although we've spent very little time with the device, we did manage to grade its performance using some of the most demanding benchmarks for phones right now. On AnTuTu, the phone managed to score a high score of 791764 points, while on Geekbench it scored 1124 points in the single-core and 3489 points in the multi-core test. Its impressive showing in benchmarks continued even when we tested it using PCMark Work 3, where the Xiaomi 11T Pro scored 10826 points. 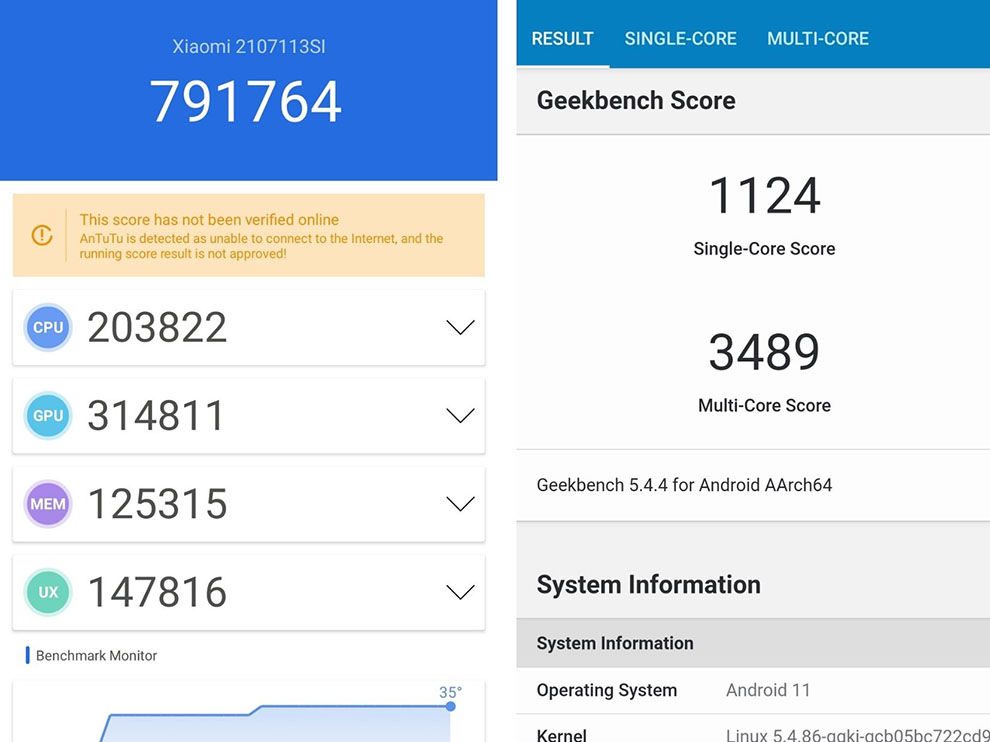 In the GPU tests, 3DMark WildLife saw the phone clock an impressive score of 5791 points while GFXBench too saw it do well, with the phone clocking in 2503, 3259 and 3759 frames in the Aztec Ruins (High Tier), Car Chase and Manhattan 3.1 tests, respectively.

However, the Xiaomi 11T Pro did show some signs of inadequate thermal management, with the phone's chipset throttling to about 70 per cent of its max performance after about 12 minutes of intense testing. Of course, this is not alarming, and sadly, is par for the course. Yet, it would have given us more faith in the phone's abilities in the long term if the CPU throttling test threw up better results. 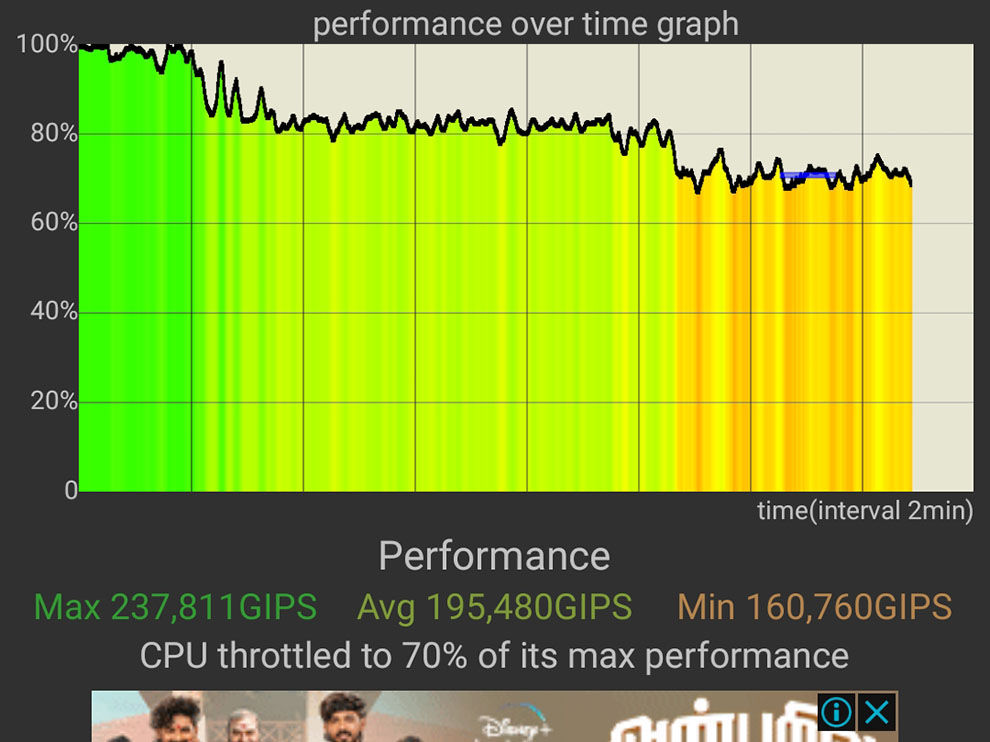 But as we said, this could only become an issue possibly in the long run, with the Xiaomi 11T Pro not showing any signs of slowing down in day-to-day tasks till now. Both apps of daily use and games ran well on the new Xiaomi entry-level flagship, with Chrome and social media applications running without any hiccups on the phone. We also tried Asphalt 9 Legends on the Xiaomi 11T Pro, leading to honestly unsurprising results. The game ran without any hitches, and the performance was smooth. Interestingly, we did not notice any signs of heating. However, we'll like to reserve our judgement on this for now, as we feel it may heat up a little once we subject it to a long gaming session of around an hour.

This again will be something we'll test in the coming days, and share our findings in the full review and comparison stories of the device.