What we learned from the Android O engineering team's Reddit AMA 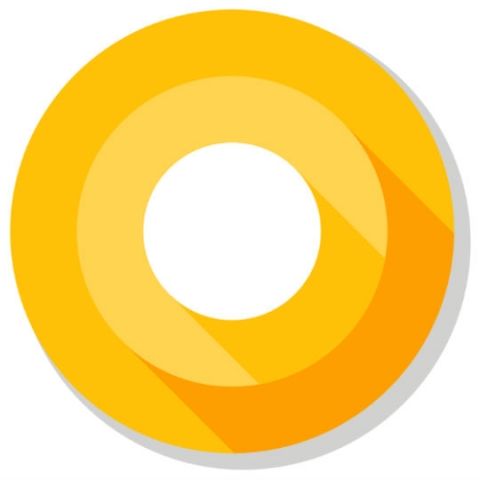 Android O’s engineering team recently took to Reddit, in an AMA session. And as with most such sessions, users asked some insightful questions, giving us a lot to report. Going through a concluded Reddit AMA can be difficult, so we have filtered the relevant information in this brief story. The team talked about Project Treble, Themes, Blob Emojis and a little more. What’s new? Read on to find out.

Reddit User: I really want to believe Project Treble will (mostly) fix fragmentation. Am I too optimistic?

Team: the Android O team said smartphones coming with Android O out-of-the-box will be Treble enabled automatically. The team reiterated that Treble will make it “easier, faster and less costly” for OEMs to update devices in future. “In addition to the engineering changes, which enable Project Treble on all new devices launched with Android O and beyond, we’re working closely with device makers and silicon manufacturers to both get required Android customisations (such as carrier-specific requirements) into AOSP, and reduce their cost and complexity when updating to the new version of Android.”

What we learned from this: While Project Treble is indeed meant to reduce fragmentation in Android, the Android O team says smartphones with Android O will come with Treble enabled out-of-the-box. Going by current market trends, that would mean the first devices to support Treble will be seen sometime near the end of the first quarter of 2018. This probably means it will be at least a full year before we see any impact of this.

Reddit user: When do you think we will get the first results from project treble? Will the pixel (2016/2017) be supported for longer than regular? Will we start seeing faster updates and less fragmentation?

What we learned from this: This only reiterates what we said above. Whether Project Treble is going to make any difference will remain in the hands of OEMs. That’s an ominous sign when you consider the fact that OEMs have started delivering Android Nougat powered phones about a year after Google first announced the OS. So, while Google is making efforts, OEMs could easily overrule those, and that has historically been the case for Android.

Reddit user: Is there a programming obstacle to full theming (a la Touchwiz or MiUI) or is it something the Android team doesn't think is right yet?

"There are technical and logistical issues with theming. The technical side is largely solved in O with RRO support (thanks Sony!); however, we still don’t have stable APIs for describing what can be themed or adequate ways to verify that existing applications properly support theming. You might remember a dark theme making brief appearances in previous releases – since we already had a dark Material theme, we didn’t have to worry about APIs to describe the themeable properties; however, we were unable to convert every existing app (ex. Calendar, Photos, other bundled and core apps – even Settings was a challenge) to support dark Material theme and verify that it was properly supported."

If you had, say, a bright pink “Hello Kitty” theme that’s not a simple brightness inversion, you run into even more complicated cases of ensuring minimum contrast levels for accessibility, picking reasonable secondary and tertiary colors, etc.

What we learned from this: Yup, you guessed it. The obstacles against fragmentation are many, still.

Reddit user: Why did you kill the blob emoji?

Team: Here’s what they said,

"Over the last few years Unicode has expanded the range of emoji considerably and created new categories of emoji. In parallel new messaging use cases have emerged (ie: larger emoji used as stickers). The current design system did not lend itself well to supporting the expanding emoji set and these new use cases, so we needed a significant visual refresh."

What we learned from this: More emojis!

Reddit user: Will Android O do anything for Android Wear?

Team: To this, the team said Android O will likely be a “technical upgrade” for Android Wear. As an example, they suggested background limits being introduced to Android Wear, thereby preserving battery. Users will also get greater control over notifications, through notification channels.

What we learned from this: Don’t expect big changes in Android Wear this year. Google already introduced a new version of Android Wear this year, and it’s a substantial change to the OS. With Android O, the company will essentially be working on subtle changes, that may come in handy in the long run.

Reddit user: How far along are you from completion on the return of Tablet UI?

"Honestly, I don’t think tablets is a space where we can meaningfully talk about “completion.” It’s more about figuring out what the next driver of innovation will be for this form factor. We are continuing to invest in productivity use cases (keyboard-driven UI, multiwindow, etc) but also – along with lots of other folks in the industry – working on what the next evolution of tablets should be. For Android, there are some interesting overlaps with tablets given the increasing success of Chromebooks and the recent addition of the ability to run Android apps on Chrome OS. We are working to make the Android developer stories for both form factors (tablets, Chromebooks) identical."

What we learned from this: Tablets aren’t doomed till everyone agrees they are.

The Redmi 9A Sport and Redmi 9i Sport have both been launched in India: Specifications and Price
Five Android 12 features you don’t want to miss
Vivo Y3s 2021 with Android 11 Go Edition launched in India for ₹9,490
Realme UI 3.0 Launching on October 13, Realme GT to Be First Series to Receive Android 12-Based Build
Oppo ColorOS 12 based on Android 12 unveiled; list of supported Oppo, OnePlus devices revealed
Advertisements