What can a curved AMOLED screen do for you? 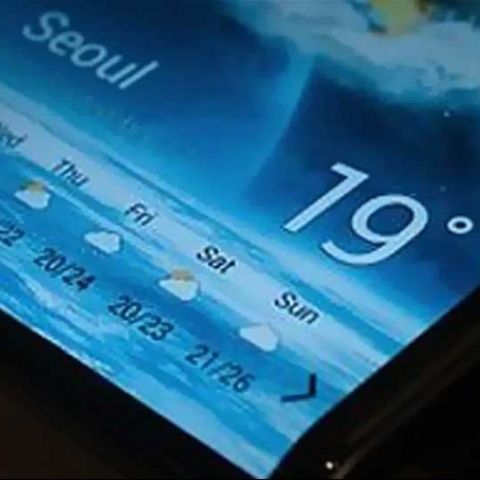 At CES 2013, Samsung had a number of curved AMOLED displays available for the world to see. Tablets, monitors, and phones are all obvious applications for such displays, but there is so much more that this tech has to offer. Since most things we interact with in the real world aren’t purely flat, curved displays could be integrated from everything from steering wheels to gamepads.

At the show, Samsung displayed what’s possible using current — which is to say very early — curved display technology. Its implementation on phones is actually quite clever — most of the screen can be covered and turned off while a single curved strip remains powered up to keep notifications visible at all times. It’s a novel compromise between convenience and battery management. That’s just the tip of the iceberg, though.

Nintendo just placed a big bet on its Wii U console, one of the main selling points of which is a tablet-like controller. It ushers in the day when small, built-in displays can use wireless communications in order to function as head-up displays. With curved display tech, instead of having a giant tablet-controller hybrid, you could have something like a sleek next-gen Xbox controller with a screen that fits the contour of the device. Instead of the screen being a separate, isolated part it could be integrated into the control scheme seamlessly. 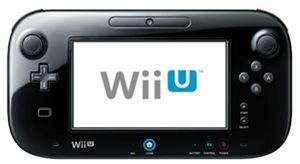 Cars have had stereo controls on the steering wheel for a long time. Think of a display in your steering wheel that could combine your speedometer, stereo, and GPS into one sleek display. Even if it’s not in the wheel itself, high-end car companies could put beautiful curved displays into the dashboard that will be highly functional and not force their interiors to be a huge cluster of right angles. Cars already offer head-up displays built into the windshield, but this tech has the potential to improve on that, especially once transparent LCDs are available.

The Pebble, an e-ink watch that connects to your smartphone over Bluetooth, was a huge success on Kickstarter — raising over $10 million. While the curved AMOLED screens shown by Samsung aren’t necessarily flexible, I can’t help but imagine a next generation smart watch with a super-thin display that curves around your wrist. 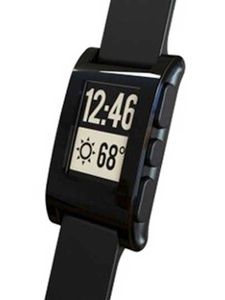 This is near-sci-fi tech we’re dealing with here. We’re still years away from anything like this hitting the market, but this is the most interesting change to display technology we’ve seen in a long time.

Curved AMOLED displays still have a long way to go to be proved in the market or to really kick off a trend in curved displays, but I’m very hopeful. As competitors in the consumer electronics realm try harder to stand apart from each other in the crowded market, the first person to ship a product with a curved AMOLED display that has a compelling use-case could benefit heavily. Let’s hope Samsung is serious about this tech, and doesn’t just use it as a gimmick to sell otherwise boring smartphones.