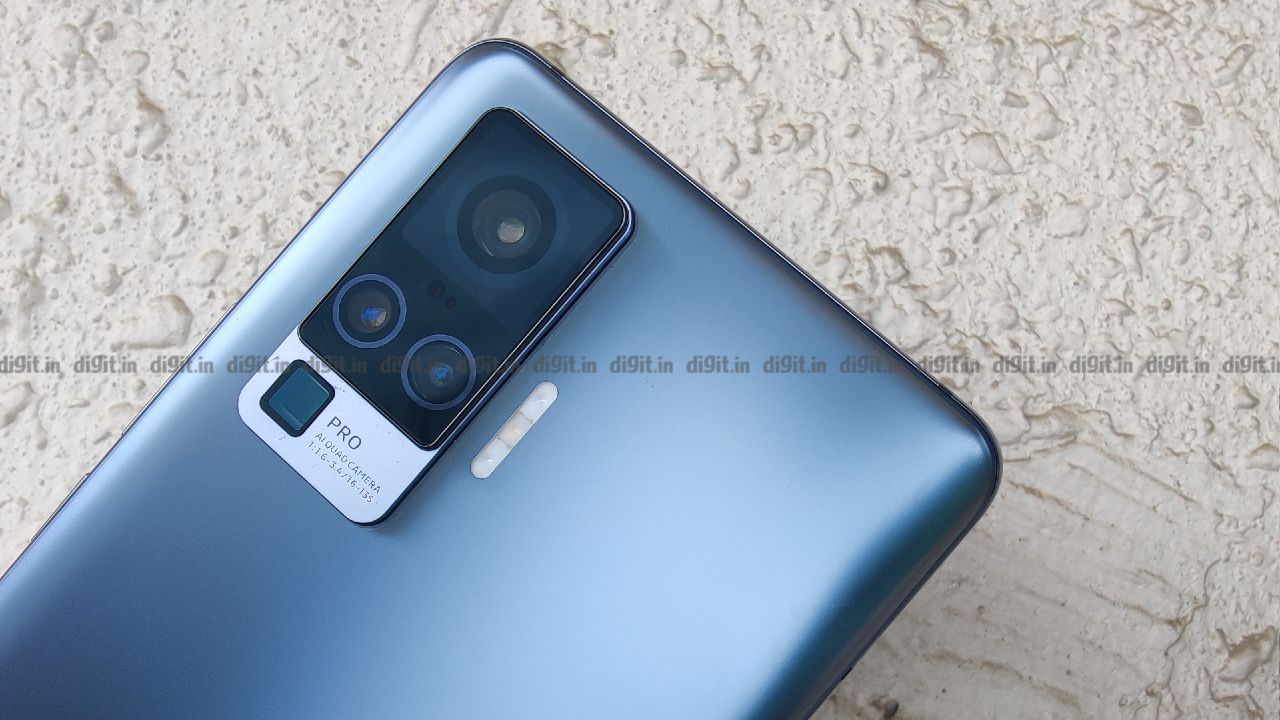 Around the time of MWC 2020, Vivo showcased the concept APEX 2020 smartphone, which had a gimbal-stabilised primary camera at the back. The same gimbal is now commercialised in the vivo X50 Pro(₹ 49990 at Tatacliq) that launched today in India. Now, gimbals in general, need a lot of space to stabilise a camera. However, the one on the vivo X50 Pro is only 4.5mm thick and takes up a surface area of 363sq mm, inside the phone. And, like with all things new and innovative, we put it to the test. Before we delve deep into the technical aspect, let’s outline the benefits of having a gimbal over traditional stabilisation tech like OIS and EIS. OIS is the closest to a gimbal and relies on sensors like gyroscopes to calculate how the lens needs to move around an axis to compensate for shakes. Yet, OIS only accounts for small micro shakes. EIS is even easier to implement and tries to emulate the same effect without using physical hardware.

The gimbal on the Vivo X50 relies on pivots, mounts, gyroscopes and other sensors to make the 48MP Sony IMX598 sensor rotate smoothly along an axis to offset shakes and jerks in the frame. As a result, when you tilt, pan or roll the camera, the gyroscope calculates the direction and displacement caused by the shake and makes the gimbal module move in the opposite direction to compensate for the shakes. All of this happens in real-time, while you’re shooting. Vivo claims the module adjusts with a refresh rate of 100Hz to stabilise the frame.

With OIS, the stabilisation targets small-angle shakes, while the gimbal module moves in all directions to counter shaking with an anti-shake angle of ±3°, which Vivo claims is three times that of traditional OIS. While OIS targets the center of the frame to be stable, the large anti-shake area of the gimbal helps stabilise the whole frame without cropping or distorting it.

The Gimbal on the vivo X50 Pro 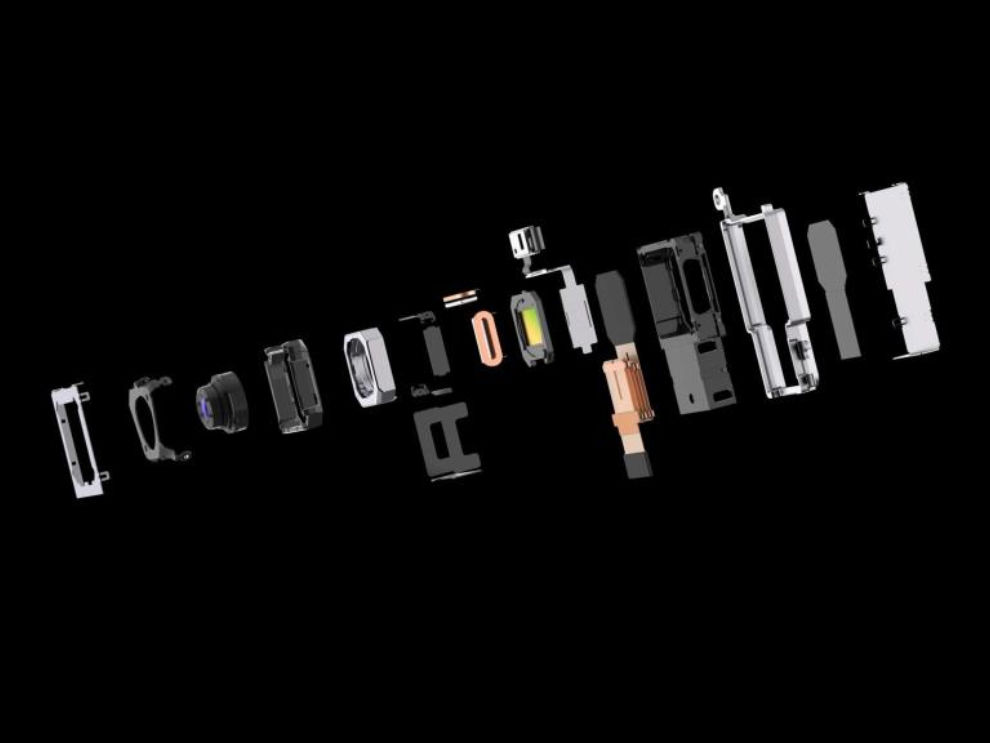 On a very rudimentary level, the gimbal on the X50 Pro works by suspending the camera sensor on a magnetic frame with a thin 0.07mm printed circuit on top to minimise resistance.

Vivo said the complex gimbal-structure was originally 588sq mm and 5.5mm thick, but after continuous adjustment by the company’s engineers, they managed to reduce the surface area by 40 per cent to 363sq mm and 4.5mm thickness.

The company also said the gimbal-structure helps improve the overall light sensitivity, especially in low-light, by keeping the frame stable when shooting in low-light, hand-held. It’s that one feature that’s present across the board, whether you are shooting a photo or a video.

The gimbal hardware is complemented by a gimbal radar on the viewfinder. This tells you when the camera is stable, and that’s when you press the shutter. 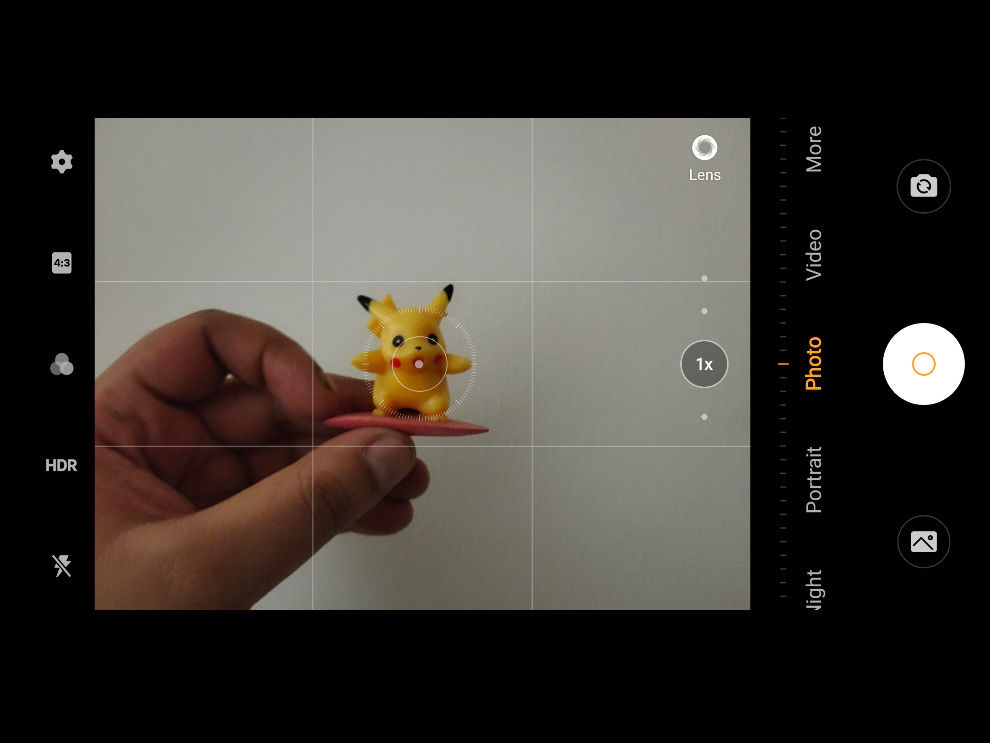 From the outside, the final thing looks something like this — 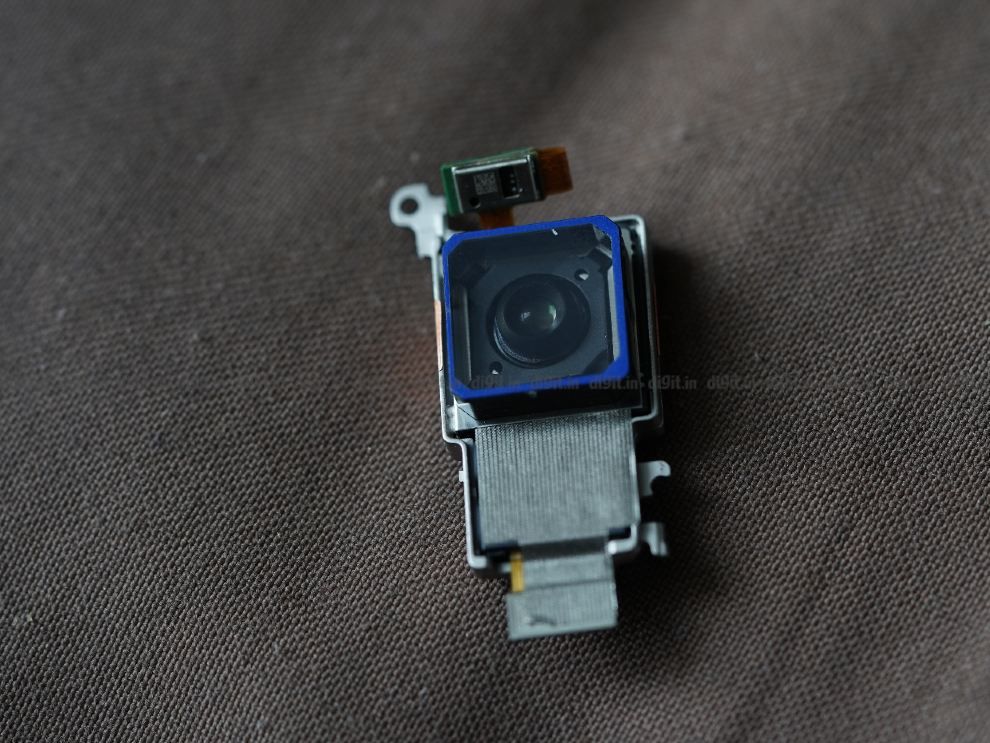 Using the gimbal in real-world scenarios

To test out the gimbal-stabilised camera on the vivo X50 Pro, we called upon what is still the best smartphone for videos — The iPhone 11. But then we thought of pushing the bar higher and got a DJI OSMO 2 to the mix. With the OnePlus 8 Pro mounted on it.

We did three specific tests —

Running in the field

And, if you see the videos embedded, the vivo X50 Pro actually looks more stable than the iPhone 11 which relies on a 3-axis OIS module stabilising the 12MP camera. But it’s not completely stable, especially when compared against the OSMO 2. The OSMO 2 uses dedicated pan and tilt motors to stabilise the camera, which removes the micro-shakes that are present in the vivo X50 Pro.

Yet, as far as smartphones go, the X50 Pro seems to offer the most stable videos, especially when I tried to take an aesthetic pan shot of a product. In this case, a smartphone kept on a park bench. The iPhone 11 also did well to stabilise the pan shot, but it was easier to do it on the X50 Pro.

Mobility is another thing which gives this camera system an edge, as compared to an actual gimbal. The OSMO 2 is controlled using knobs and buttons, which makes following an object quite cumbersome. Due to the inherent form factor of a mobile device, which fortunately has a camera mounted on a gimbal, the same actions are far easier to perform.

We also took a few low-light shots with the primary 48MP camera, and compared it to the likes of the Realme X3 SuperZoom (which also claims big improvements in low-light imagery) and the OnePlus 8 Pro. 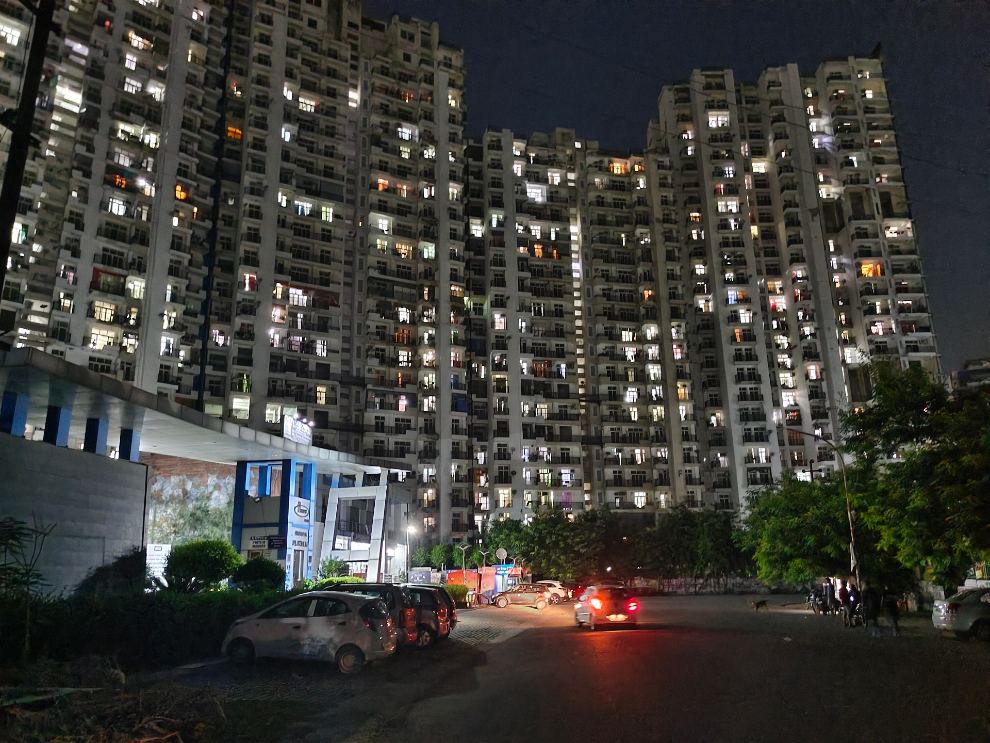 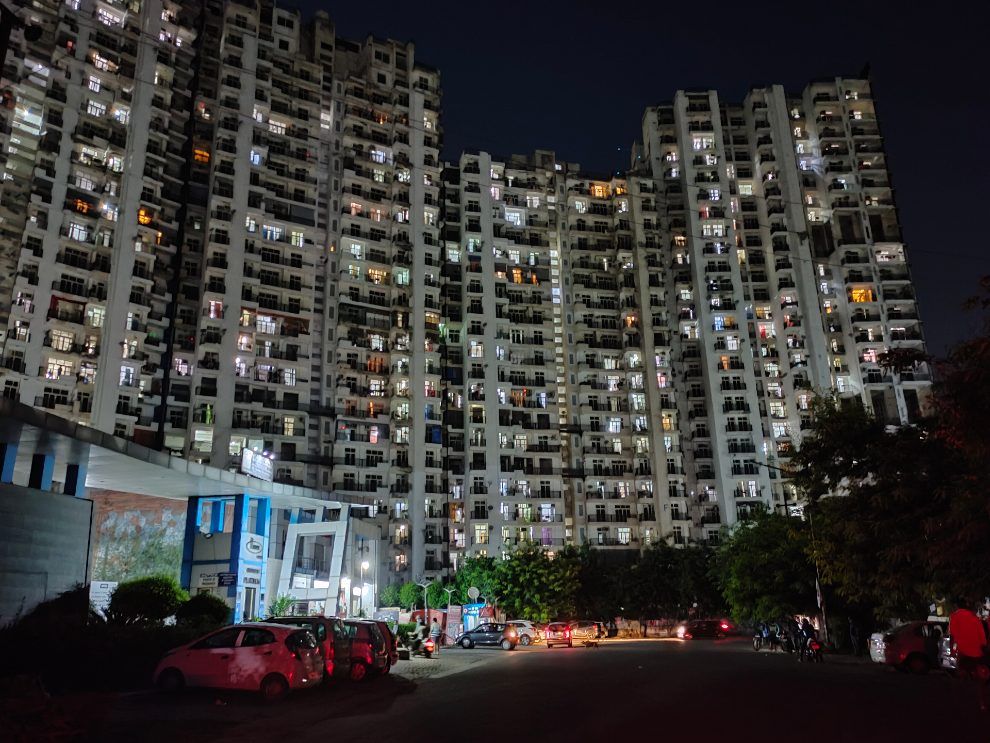 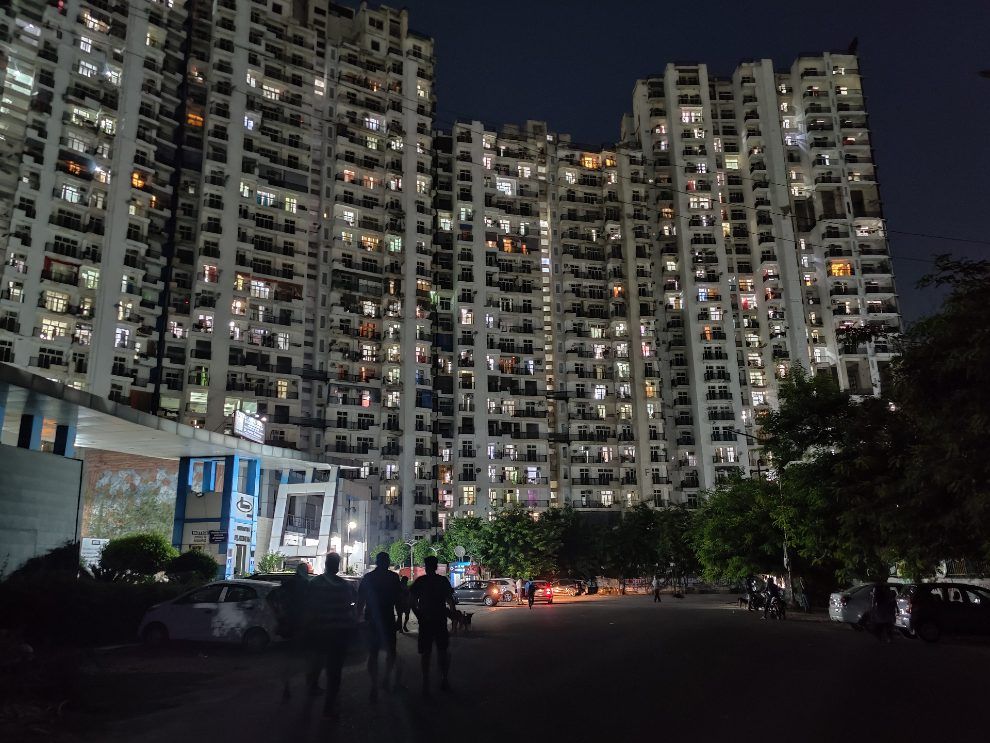 While shooting with the X50 Pro, the gimbal radar told me how stable the frame was. But while the photo is certainly brighter, the quality of the image isn't as good when compared to the other test subjects.

Zooming in, the details are similarly smudged in all three photos, but the OnePlus 8 Pro looks better than the rest. The noise levels are also higher on the X50 Pro. The algorithms by Realme and OnePlus smoothens the sky and removes the noise, which is easier to digest.

So, from an engineering point of view, the gimbal camera setup is revolutionary and its biggest impact is in shooting videos. For photos, it's a useful feature to have, but it's not going to significantly improve the quality of images on its own. The algorithms need more tuning to make the most of the gimbal, and perhaps Vivo will do so in the next software update.

You can also check out the video review of the vivo X50 Pro gimbal camera embedded in the article.