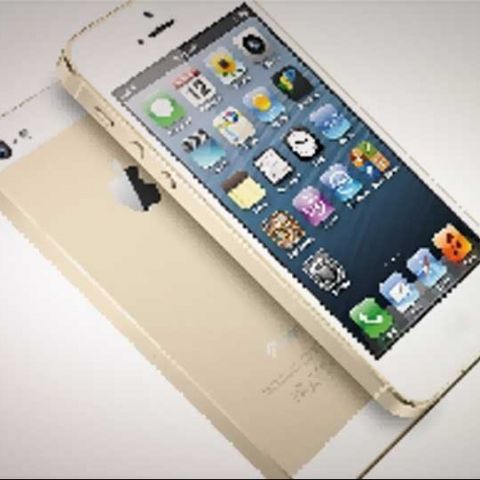 Last night, Apple announced the much-anticipated iPhone 5s to the world and the device is everything the rumour mills said it would be. In terms of its looks the device shares its dimensions with last year's iPhone 5. The improvements or rather the changes to the smartphone come under the hood with the processor, camera performance, the ability to recognize your fingerprint and more.

No OIS (optical image stabilization):
We are now in the era of Ultrapixels and noticeably large sensors creeping into flagship cameras, but we have here the iPhone 5S with no resolution bump, which the company justifies as a trade off of increasing sensor area and pixel pitch. The HTC One has bigger pixel pitch (2 microns vs. 1.5 microns on the iPhone 5S) and the Sony Xperia Z1 has a larger sensor (1/2.3"). We're not even going to drag the Nokia Lumia 1020 into this comparison as that would be like bringing out a gun to "take care" of a fly. The aperture of f/2.2 is also not very impressive when compared with other flagships such as the Sony Xperia Z1 (f/2.0) and the HTC One (f/2.0). Lastly, the lack of optical image stabilization is rather disappointing. The camera feels like an incremental bump from its predecessor, when Apple really needed a game changer. Imaging is becoming really important in the mobile field and Apple just may have dropped the ball here.

No NFC:
It’s taken for granted that if you have a premium smartphone, it will support NFC (Near Field Communication). Check again, the iPhone 5S still doesn’t support NFC. NFC can be used to make payments (Google Wallet is a good example of that), data transfer (touching two NFC enabled smartphones to transfer data), and even to wirelessly charge some smartphones. There are a lot of accessory makers that make NFC enabled accessories for smartphones, the most popular among them being speakers. If you want to wirelessly play music from your iPhone, you will need an AirPlay enabled speaker. Why can't Apple go mainstream and adopt NFC? Or will it be the next big feature in the iPhone 6?

No weather proof:
Sony wasn’t even in the top three of our recommendation list when it came to Android smartphones. That has changed ever since the launch of the Xperia Z series of devices. Not only are they well built but they also showcase weather proof abilities. We have put this claim to the test and we are happy to say that if you are clumsy enough to take your smartphone in the shower with you, you need to own the Sony Xperia Z. There are a number if smartphones available that boast of dust and waterproof capabilities. Even though the iPhone 5s is a well-built smartphone, one splash of water and the device will be rendered useless. Sure, there are third party cases available to protect the smartphone but being really sturdy and above all weather proof is something we hoped the device was straight out of the box.

Same 4-inch display:
The iPhone 5S has a 4-inch Retina Display with an 1136x640 pixel resolution giving it a pixel density of 326PPI. We have seen a lot of smartphones launch in the market such as the Galaxy S4, Xperia Z1, Xperia Z, LG Optimus G2 and more that have crossed the 400PPI pixel density mark. Even though the display of the iPhone looks good, it is really small when compared to the competition. The resolution also needs a bump.

(with inputs from Swapnil Mathur)