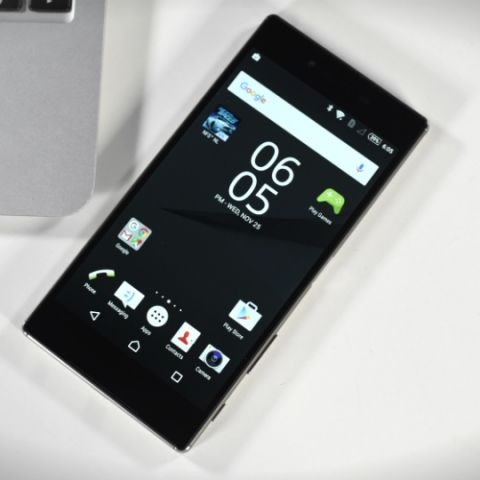 The Sony Xperia Z5 Premium is a beautifully crafted device – a marvellous fusion of glass and metal. Adding more shine to the device than the matte metal and frosted glass build of the Sony Xperia Z5, the Z5 Premium makes it clear from the very start that it is the bigger, better brother of the two. Its performance power, however, was a matter of debate, because of the chipset residing inside – the Qualcomm Snapdragon 810. Clocked at 2GHz, the Snapdragon is a robust octa-core performer, but the heating issues surrounding it have so far halted devices that were built around it. The Sony Xperia Z5 managed to optimise performance better than the previous Xperia Z3+, but it still had its difficulties in gaming and hardcore performance. Hence, we pit the best of Sony against the best of smartphones from other manufacturers, to see how it fares. The other devices included the iPhone 6s, Samsung Galaxy Note 5, Nexus 6P, OnePlus 2 and Honor 7.

Benchmark tests
The Nexus 6P is powered by the same chipset that powers the Xperia Z5 and Z5 Premium. The OnePlus 2 uses a different version of the Snapdragon 810 – v2.1, clocked at 1.8GHz and with an added thermal insulation layer. The iPhone 6s runs on Apple’s custom A9 chipset, while the Galaxy Note 5 runs on Samsung’s custom Exynos 7420, and the Honor 7 on Huawei’s custom Kirin 935 chipset. To begin with, here is the benchmark comparison chart for the phones:

Where does the Sony Xperia Z5 Premium stand?
Benchmark scores, despite being good indicators of a device’s capability, are not always a precise reflection of real world usage status. The Sony Xperia is wonderful to use – the display is an absolute delight, and regular usage applications are breezy and smooth. However, you will experience occasional UI jitters when you close apps, or swipe through pages of apps or rows of settings. While this does not hinder usage, the fact that the Z5 Premium costs Rs. 58,190, and is being marketed as one of the most premium devices at the moment, makes these graphic jitters feel unusual.

Regular performance is as good as it gets
Be it messaging, calling, casual gaming, streaming video/audio or flicking through your apps and their myriad updates, the Xperia Z5 Premium handles everything as well as you’d expect a flagship device to handle them. In about 2-3 minutes of continuous usage, the device noticeably heats up, and it can be felt even more because of the glass back panel, which relays heat easily. However, the heat does not get unbearable, and once you get used to holding a ‘hot’ device in your palms, the ease of performance is evident.

Gaming performance is improved, but is not the best
With the heat being controlled better, gaming performance is uniformly improved. The stutters still remain, but are occasional and smaller, thereby not exactly hindering gameplay. Playing Need for Speed: No Limits on this device, the first jitters started coming in about 15 minutes into playing the game. I have been playing the game and conquering the streets of NFS with a Viper for about two hours now, and the CPU temperature has remained at a constant range of 48-51 degrees Celsius. It is hot, but it does not absolutely abolish hardcore usage.

We loaded images clicked by a DSLR on to the Xperia Z5 Premium and used Snapseed to edit them, applying about six filters to each photograph, and it took only about 5 seconds to process the photograph. The Sony Xperia Z5 Premium is fast, and the heating trouble is addressed much better here, but it still has its sudden jitters. NFS: No Limits has crashed once, after about 40 minutes. While it is undoubtedly better than the Kirin-powered Honor 7, it is only slightly better than the OnePlus 2. Both of these devices are less than half the price of the Xperia Z5 Premium, and performance-wise, it is hard to justify. However, there are other areas where the Xperia Z5 Premium is undisputed, which we shall discuss in the full review. The Nexus 6P is at par with the Xperia Z5 premium, and is undone because of superior build, design, display, camera and audio. The Samsung Galaxy Note 5 and the iPhone 6s/6s Plus, however, are distinctly better (no jitters and no noticeable heating directly equates to much enhanced performance).

Battery consumption, however, is massive. Firstly, it features a display that is harsh on the reasonably large 3430mAh battery pack. Secondly, the graphics rendered by the Adreno 430 GPU is excellent, but takes up a lot of battery power. An hour of gaming saw the charge drop from 100% to 44% – that is almost one percent of power drop for every minute. While we are yet to put it through our entire test process, the massive extent of battery consumption may not encourage extensive high octane usage, and this is a downturn in performance.

To conclude
The Sony Xperia Z5 Premium is a good ‘premium flagship’ device, and with better heat management than the Xperia Z5, does deliver better performance, but fails to overpower the iPhone 6s and the Samsung Galaxy Note 5, at least in terms of hardcore real-life performance. While we do reserve our full judgement for the entire review, the Xperia Z5 Premium takes up the third spot in our performance test.